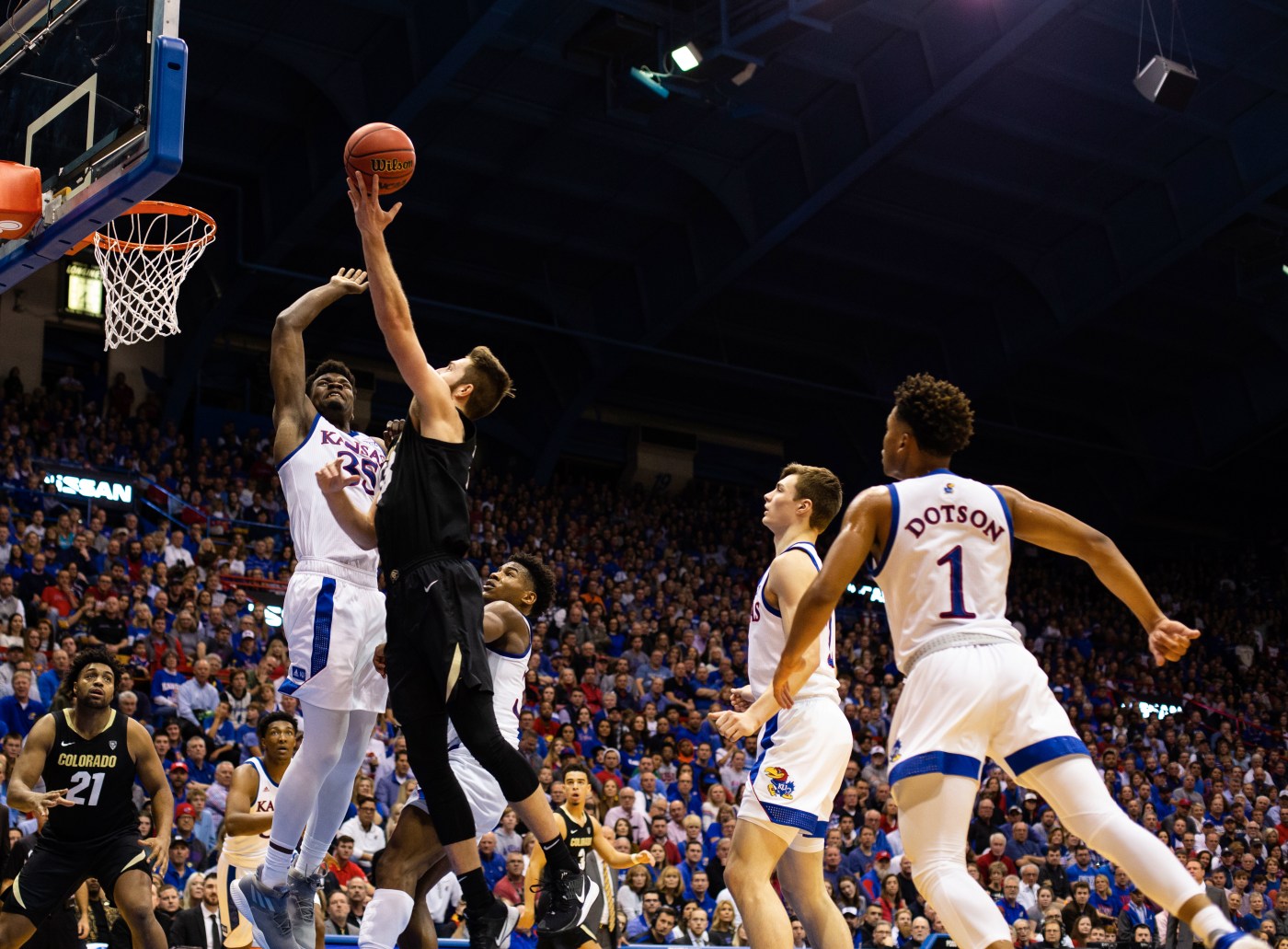 The most anticipated basketball showdown in years at the CU Events Center will tip off at an inopportune time. Yet given the commitments already filling the calendar for the Colorado Buffaloes and Kansas Jayhawks, a weeknight, pre-Christmas matchup was the best date the former Big 12 Conference rivals could settle upon.

Last week, Kansas announced its nonconference schedule, with the return date for a home-and-home series with the Buffs slated for Tuesday, Dec. 22 at the CU Events Center. It isn’t the ideal time slot for two programs that were ranked when KU posted a home win against the Buffs last season. But with both squads committed to nonconference tournaments, as well as CU’s scheduling adjustments sparked by the Pac-12 Conference’s move to a 20-game league schedule, the late December, weeknight slot was one of the few available dates.

Kansas once again is expected to be a preseason Final Four candidate, and it will be the Jayhawks’ first visit to Boulder since Dec. 13, 2013 — a Buffs win immortalized by Askia Booker’s running 35-footer at the buzzer.

“A lot of that was on the KU end. When we first set that contract up, that was the date they had available,” Boyle said. “It’s not ideal. We’d rather have it earlier in December. But with us going to a 20-game league schedule this year, there’s a week in there that was off the market. That makes it even a little more difficult. You have fewer teams to get, but you also have fewer slots to get.”

The Buffs already have a full slate of Saturday games on tap for December, including the Saturday previous to the KU matchup on Dec. 19, when CU takes on TCU in Las Vegas as part of the inaugural Pac-12 Coast to Coast Challenge. The showcase at T-Mobile Arena also will feature Pac-12/Big 12 matchups between Washington and Oklahoma, with Oregon taking on a Big 12 team still to be determined. The lineup also includes a marquee women’s basketball showdown between Oregon and Baylor.

On Saturday, Dec. 5, the Buffs are slated to host Washington State as one of their two December league contests in the Pac-12’s new 20-game format. CU visits Arizona on Wednesday, Dec. 2 in the earliest conference opener in program history. The Buffs also are hosting Colorado State in a game likely to be held the weekend of Dec. 12, filling up the weekend December dates before the Jayhawks could be penciled in.

With the start of the Major League Baseball season postponed due to the coronavirus pandemic, we here at The Denver Post took a look at how the Rockies would fare in MLB The Show 20 on PlayStation 4. We will have a story for every game that had been scheduled until real-life baseball returns. Here’s […]

Hotline newsletter: Pac-12 presidents expected to sign off next week on a phased-in football restart

*** The Pac-12 Hotline newsletter is published each Monday-Wednesday-Friday during the college sports season and twice-a-week in the summer. (Sign up here for a free subscription.) This edition, from May 22, has been made available in archived form. Doors Set To Open Sometime next week, Pac-12 presidents and chancellors will decide whether to lift or […]

On this date, 2005: Giants get a kick out of Juan Marichal statue

(This story was originally published on May 22, 2005) The celebration of Juan Marichal on Saturday extended far beyond the dedication of the bronze statue outside SBC Park which freezes his unforgettable pitching motion for all time. The Giants wore jerseys emblazoned “Gigantes” to honor Marichal, a native of the Dominican Republic, and the team’s […]