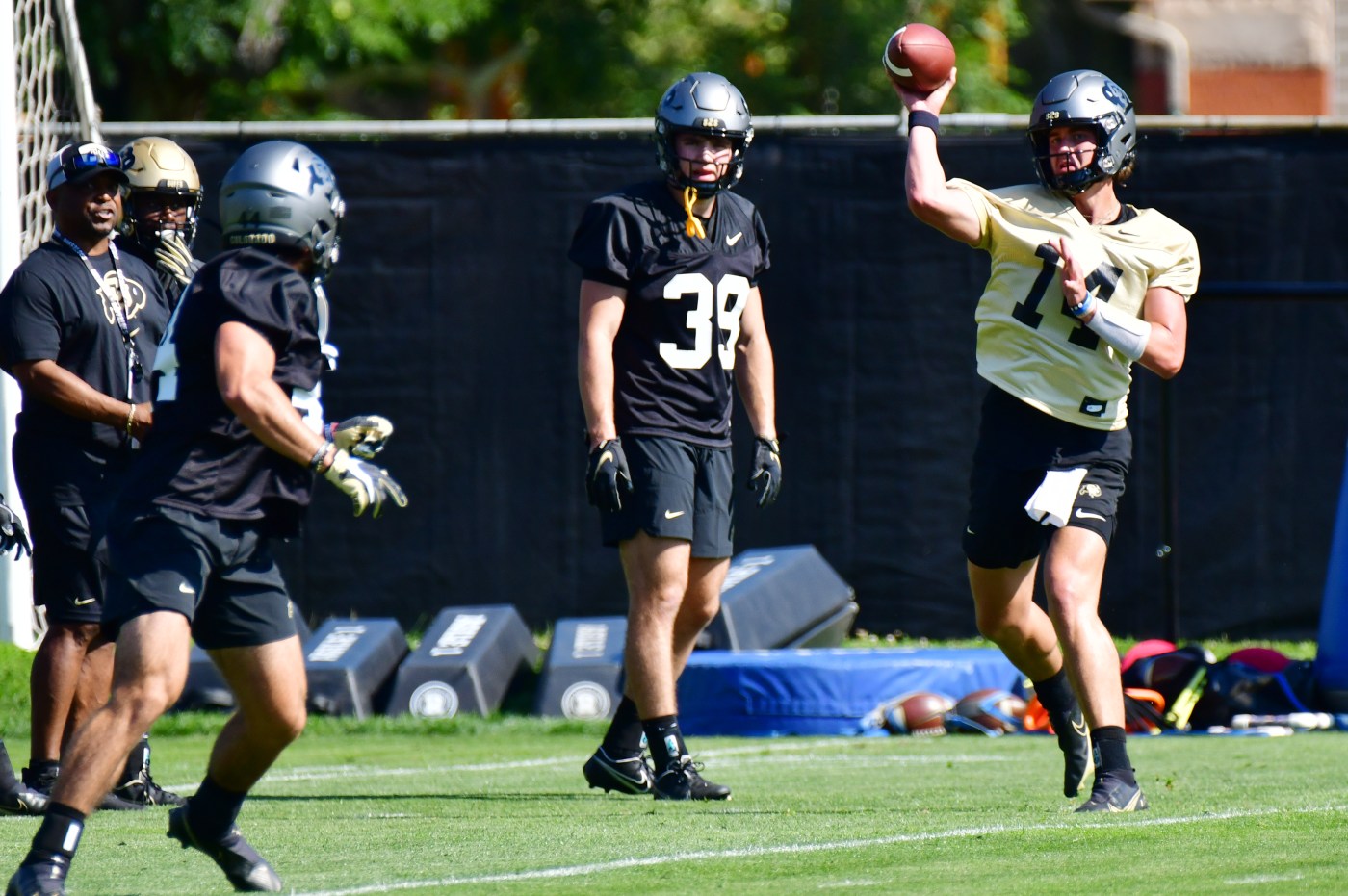 BOULDER – With four boys bouncing off the walls of the Kopp household, the games never stopped.

“Our rule was if someone started crying we had to stop.” laughed Braden Kopp, older brother of CU Buffs freshman quarterback Maddox Kopp. “We were always competitive, always outside playing sports.”

It should come as little surprise, then, that all four Kopp siblings have followed in the footsteps of their father, former University of Tennessee-Chattanooga tennis player Will Kopp, as scholarship Division I athletes.

Braden played offensive tackle at Vanderbilt, Miller is a senior forward for the Indiana men’s basketball team, and Anderson is a senior guard at Missouri-Kansas City. Maddox, meanwhile, is starting his first preseason camp in Boulder looking to move up the CU Buffs quarterback depth chart this fall.

Kopp said he’s focused on getting better every day.

“When I decided to come here I knew that I just wanted an opportunity to compete and that’s what I’m doing every day, I love it.” Kopp said. “We are pushing each other and it’s been great.”

Before Kopp found his love for football, he played basketball alongside his brothers. In fact, it wasn’t until his junior year at St. Thomas High School in Houston that he committed to pursuing football after high school.

“I wanted to be a basketball player, but I fell in love with every aspect of the quarterback position and didn’t look back,” Kopp said.

His newfound commitment, as well as a growth spurt that saw him shoot up four inches, led to Kopp taking over as quarterback for St. Thomas, where he led the Eagles to a 16-7 record in two seasons. He completed 431 of 752 passes for 6,334 yards, 59 touchdowns and 18 interceptions.

“He did the work and committed to the role,” St. Thomas football coach Rich McGuire said.

Playing basketball helped Kopp get noticed as a football recruit, with his brothers chipping in their own expertise.

Keeler: If Karl Dorrell, CU Buffs want to shock the world, Brendon Lewis can’t be learning on the job at QB. Not with TCU, Air Force, Minnesota and UCLA up first.

Nolan Arenado heard the refrain for years: “Oh, he’s just a product of Coors Field.” He heard it about former Rockies D.J. LeMahieu and Matt Holliday, both of whom remain close friends. He heard it about himself. It was like wearing a scarlet letter. Arenado hopes his performance for the Cardinals this season has at least […]

Kyler Gordon, back at Chicago Bears training camp, says making his potential debut in Seattle ‘was meant to be’

Chicago Bears cornerback Kyler Gordon has good reason to want to play in Thursday’s preseason game against the Seattle Seahawks at Lumen Field. The second-round pick sat out six training camp practices and the preseason opener Saturday with an undisclosed injury, so he was itching to return to the practice field Monday at Halas Hall. […]