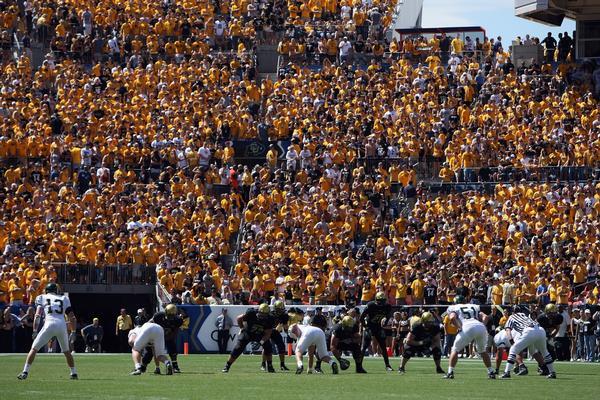 The Colorado Buffaloes were set to play Texas A&M in football for the first time in 11 years this fall before the coronavirus came along.

With that game canceled after the Pac-12 opted to play a conference-only schedule, there’s a possibility the teams’ Sept 11, 2021, meeting could be played at Empower Field at Mile High instead of Folsom Field in Boulder.

Texas A&M athletic director Ross Bjork said as much while talking with media members Thursday afternoon after the SEC announced its own plans for a conference-only schedule in 2020.

“We have an obligation to play a Power 5 nonconference game and so we need that game,” Bjork said in a story published by 247Sports.com. “There’s no other available opportunities out there. Colorado has approached us about playing at…Mile High Stadium. …

In this packed edition of the First-and-Orange podcast, Denver Post beat writers Kyle Newman and Ryan O’Halloran break down an array of preseason topics as the Broncos prepare to start practicing in August. Included is analysis of John Elway’s tempered expectations for Drew Lock’s offense, Vic Fangio’s comments on Von Miller, how a shortened preseason […]

Draymond Green may not be playing in the NBA’s Disney World bubble, but that hasn’t stopped him from being fined during the league’s restart. The NBA levied a $50,000 fine on the Warriors forward for comments he made as a TNT analyst Friday, saying Suns guard Devin Booker needs a new home. “It’s not good […]

Rockies’ Charlie Blackmon downplays 14-game hit streak: “I don’t think I’ll be able to give it much credit, to be honest”

Rockies outfielder Charlie Blackmon is the hottest hitter in baseball with an MLB-leading batting average while riding a 14-game hit streak. His reaction? Something like … Meh. “I don’t think I’ll be able to give (the streak) much credit, to be honest,” Blackmon told reporters Tuesday on a video conference call. “I think it will […]