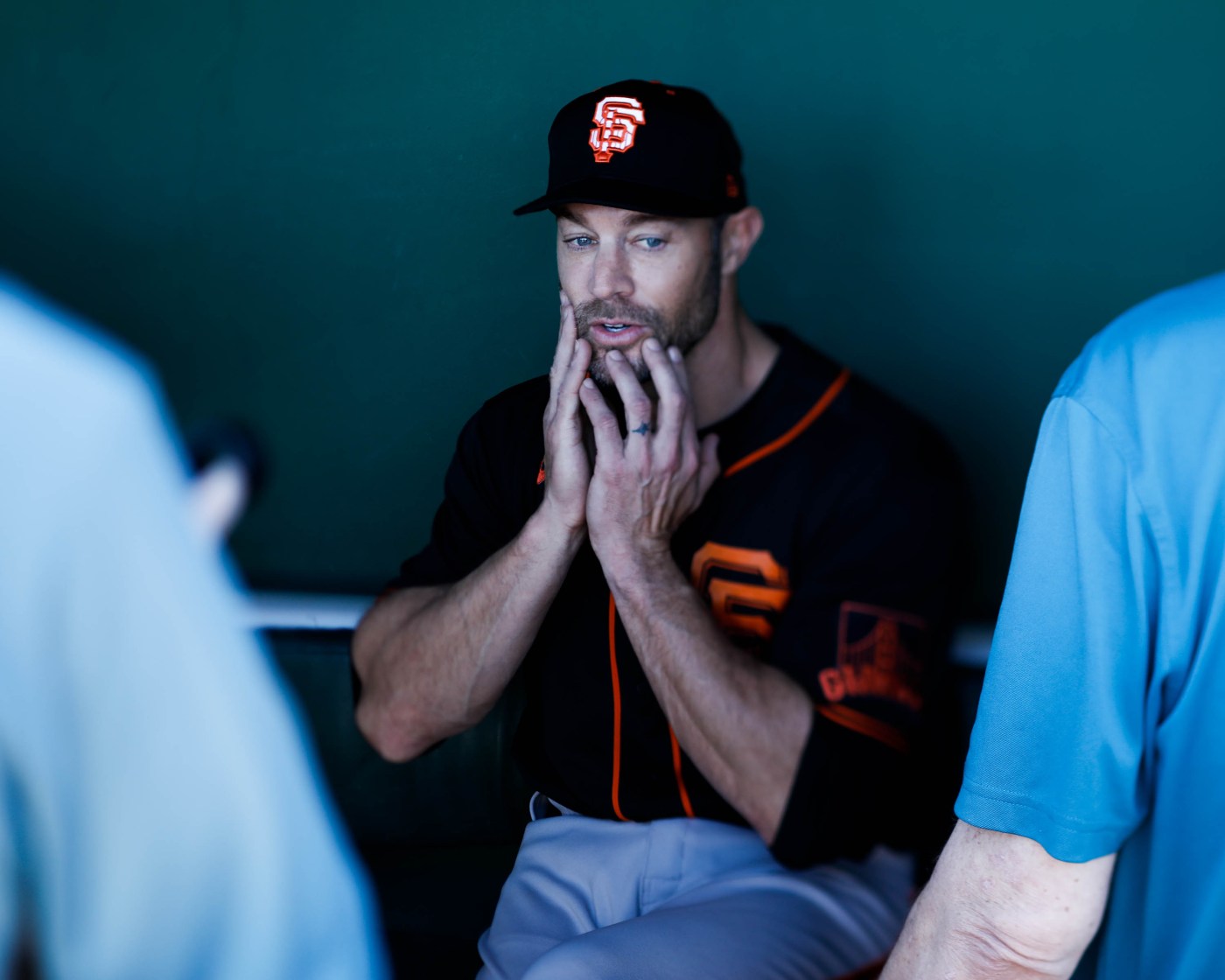 There were no fans in the stands or players on the fields Thursday. In fact, stadiums across America remained empty with no traces of the significance this day was supposed to bring before COVID-19 came along.

But there was an alternate universe where Major League Baseball’s Opening Day tradition went on without a hitch on Thursday. Thanks to Strat-O-Matic’s simulated computer games, baseball-starved fans in the Bay Area — and throughout the country — saw how things might have gone had the games actually gone on as scheduled.

The new Gabe Kapler era brought more of the same old story for the Giants, according to Strat-O-Matic, which had the Dodgers and Clayton Kershaw handing San Francisco and starter Johnny Cueto a 10-3 loss at Dodger Stadium. And, adding to the realistic nature of the Giants’ past woes was Hunter Pence suffering an injury in the seventh inning that will keep him out for a week in the fantasy world.

On this date, March 27: Jose Canseco waived by Expos, career over

Dr. Anthony Fauci to Steph Curry on the coronavirus: ‘This is serious business’

Missing March Madness? We did too, so here’s the Sweet 16

HBO documentary on the basketball scandal isn’t a bad look for Arizona, but it’s a bad, bad sound

The world of simulation brought good news to A’s fans in the form of a 5-3 opening day win over the Twins before at the Coliseum. A’s starter Mike Fiers and catcher Sean Murphy may have gotten their signals crossed (or detected?) in the first inning — he gave up two home runs — but still got the victory after Matt Chapman’s two-run single highlighted Oakland’s five-run second inning.

In other fantasy action around the majors Thursday, Opening Day also saw the defending champion Nationals beat the Mets 4-3 on Howie Kendrick’s walk-off homer and the Orioles ruin Gerrit Cole’s Yankee debut with a 3-2 win in Baltimore.

For those interested in keeping up with the daily action, Strat-O-Matic will play out MLB’s regularly scheduled games each day and post results by 11:30 a.m. PT here. In fact, Strat-O-Matic will even listen to compelling arguments from fans about lineup changes for their favorite teams. Just direct your tweets to them at @StratOMatic.

Jim Wynn was ahead of his time, even when he was out of place. A home-run hitter in Houston’s Astrodome, at least in its old configuration, was like a fisherman in the Mojave. Put a 5-foot-9 guy in the batter’s box, surround him with guys who hit soft singles when they hit at all, and […]

Keeler: Think you’re lonely? Try being a Rockies scout with no Opening Day

The Rockies should be in San Diego. Jay Matthews should be in Athens. Louisville. Somewhere. Anywhere. “I get up and I go, ‘I know I’ve got to be someplace,’” Matthews, the longtime Rockies scout and national cross-checker, said by phone from greater Charlotte, where he’s locked down, too. “I’d get my travel ready to go, […]

49ers legend Joe Montana, who knows what it’s like to abruptly leave a team after quarterbacking it to multiple Super Bowl titles, said the New England Patriots will regret letting Tom Brady leave town. Like many, Montana was surprised to see the 42-year-old Brady escape to Tampa Bay last week via free agency after helping […]