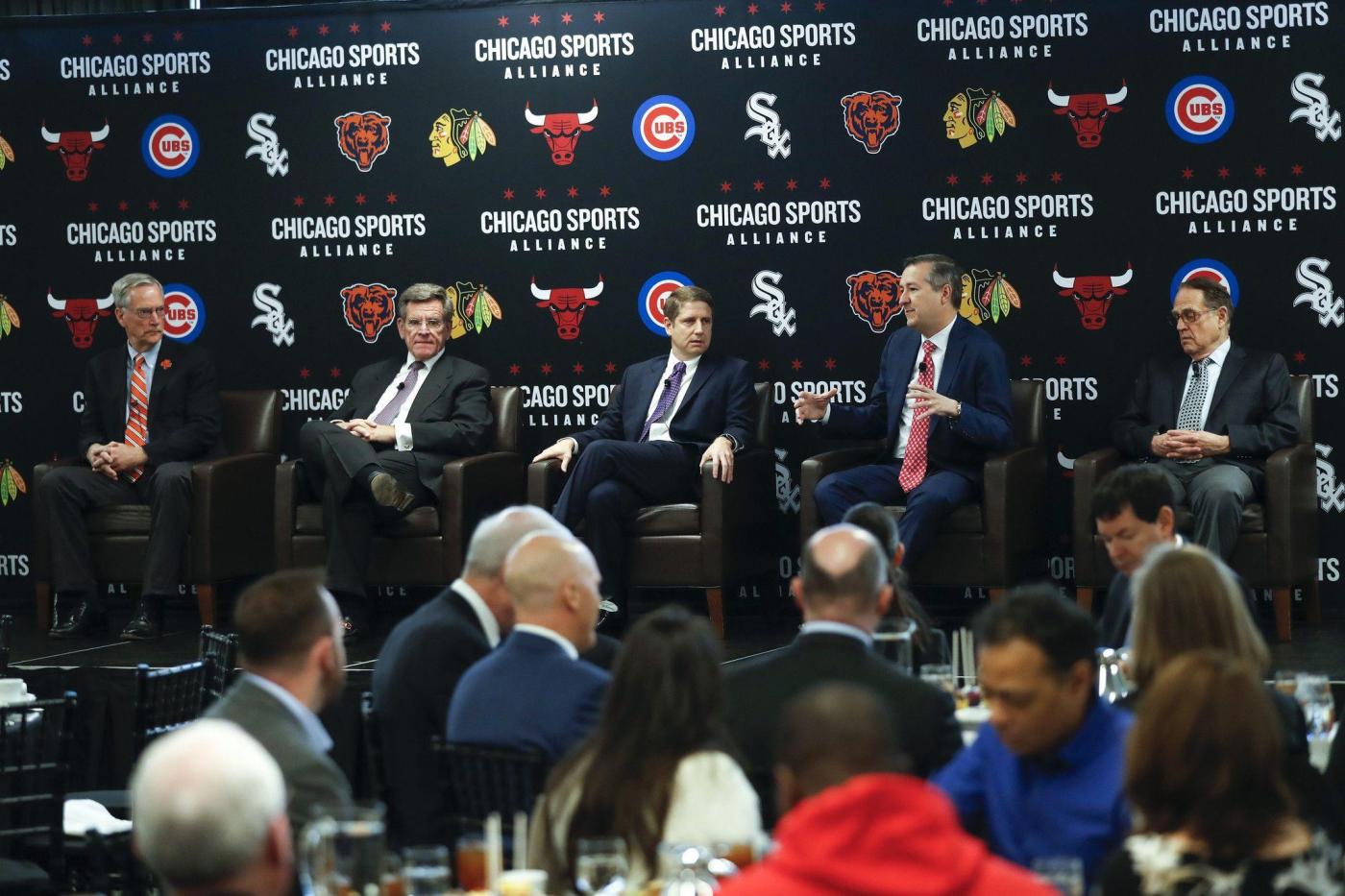 During the final homestand of the season in early October, the Chicago Cubs left a special message in the outfield for some of their fans.

“Chicago Cubs Season Ticket Holders” was etched into the grass in center field, surrounding a Cubs logo. “THANK YOU” read the message underneath.

Thanking fans for being fans shouldn’t be that hard. But the Cubs’ ill-advised decision to specifically thank season ticket holders instead of all fans who follow the team was an indication they don’t fully understand how good they have it in Chicago.

On this Thanksgiving Day, the Cubs and the rest of our professional teams should be thankful they get as much support as they do — because very little of it is on merit. When they sit down and slice their turkeys, they can count their blessings Chicago fans are as passionate as they are, whether it’s buying tickets or calling them out on sports talk radio.

The Cubs, White Sox, Blackhawks and Bears were not playoff worthy in 2022, and each team put its fans through the grinder in various ways.

The Blackhawks started another rebuild, while the Cubs were in a rebuild they refused to admit was a rebuild.

The Sox spent the season pretending their sub-.500 record was a mere blip that would be rectified come October, then fell apart in September after a brief surge under interim manager Miguel Cairo.

The Bears are well on their way to 12 or more losses, with the future of the franchise dependent on the progress — and now the health — of quarterback Justin Fields. It’s as close to a one-man show we’ve seen since Walter Payton’s early years.

The sole bright spot was the Bulls, but they went 19-25 from Jan. 12 to the end of the 2021-22 regular season, then lost in five games to the Milwaukee Bucks in the first round of the playoffs. The Bulls were 7-10 entering Wednesday night’s game at Fiserv Forum, and that fresh-car smell of the first few months of last season has worn off.

All in all, not a particularly memorable year in Chicago and reason enough for fans to abandon their favorite teams in droves.

Some have, particularly Blackhawks fans. The Hawks are averaging 15,666 at the United Center in the first 10 home games, ranking second to last in the NHL with only 76.4% of capacity, according to hockey-reference.com.

It’s a sad turn of events for a franchise that had its 535-game sellout streak end only a year ago. But Sunday night’s crowd of 21,182 for Marián Hossa Night showed the Hawks still can fill up the United Center for a special occasion.

Now it’s up to the Hawks marketing department to find new ways of attracting fans until the rebuild turns the corner, which might not be for a couple of seasons. Despite their oft-aired commercial in which an actor proclaims, “This is Chicago, we love ourselves a good …read more

Who is our preseason No. 1? One year after Campolindo went wire-to-wire atop the Bay Area News Group’s boys basketball rankings, the Moraga school will open this season at No. 10. Maybe that’s too high, maybe it isn’t. We’re about to discover what life after Aidan Mahaney, now playing at St. Mary’s College, will be […]

Beyond a few additions — and subtractions — on the waiver wire, the start to the offseason has been quiet for the Orioles. That could change next week once the Baltimore brass arrives in San Diego at the winter meetings. This will be the first winter meetings held in person since 2019, when executive vice […]

PHILADELPHIA — A five-piece Chick-fil-a nuggets and a hoarse voice box. Not to mention an unlikely 115-106 win over the Nets in a game where Philly’s three best players each sat with foot injuries. After 76ers fans mercilessly booed star forward Ben Simmons from the pregame warmups to the final buzzer in his first game […]