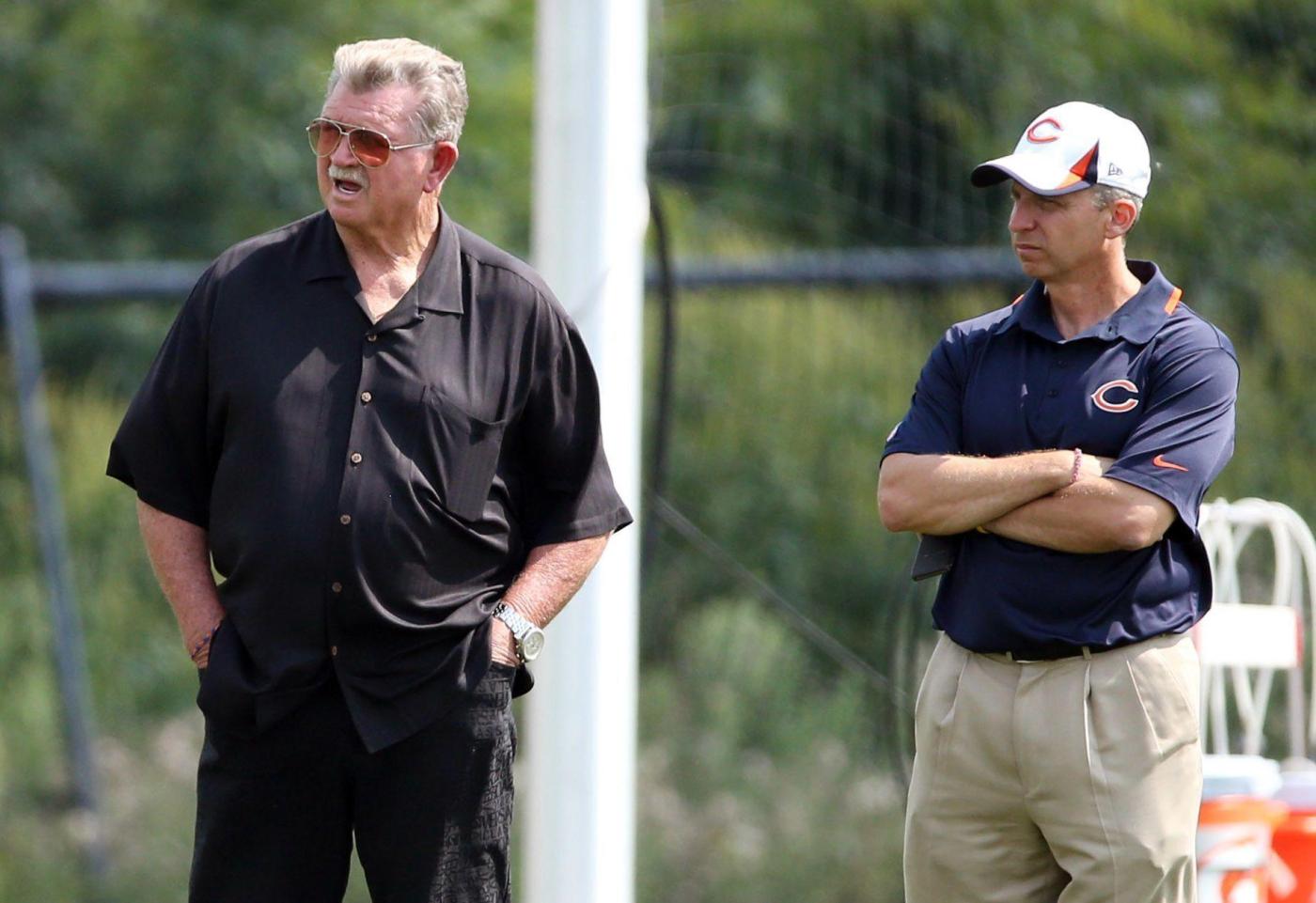 According to popular lore, when the American humorist Mark Twain was asked about rumors that he was gravely ill, he replied, “The reports of my death are greatly exaggerated.”

The quote itself is somewhat exaggerated, but the gist remains the same.

Matt Nagy didn’t go quite that far Tuesday afternoon, but he did use the word “inaccurate” to describe a report that the Chicago Bears have informed him they will fire him after Thursday’s game against the Detroit Lions at Ford Field.

The fact the Bears let the Patch.com report by Pulitzer Prize-winning journalist Mark Konkol sit out in the open all morning meant no one felt compelled to rally to Nagy’s defense, whether the report is true or they don’t want to get into the business of commenting on every report that comes along.

It was a weird day at Halas Hall, but that’s the way it goes sometimes when a team is mired in a five-game losing streak that includes blown leads in the final minute of the last two games. Special teams coordinator Chris Tabor — who filled in as acting head coach for the Week 8 loss to the San Francisco 49ers while Nagy was out with COVID-19 — wound up being the first team employee to answer questions about Nagy’s tenuous future during his weekly session with reporters.

Tabor backed his boss, and then an hour or so later, Nagy came straight from the practice field — where the Bears held two walk-throughs in preparation for the winless Lions (0-9-1) — and addressed the swirling rumors.

“I have great communication with ownership, with (Chairman) George (McCaskey) and (President) Ted (Phillips) and (general manager) Ryan (Pace), but I have not had any discussions,” Nagy said.

That’s not surprising given the quick turnaround before the Thanksgiving Day game.

“My focus right now is on these players and on Detroit,” Nagy said. “That’s it, and I think that’s my job as a head coach and a leader is to do that. These guys, these players have been amazing. They’ve been great.”

In 1999, the Bears announced the hiring of Dave McGinnis as head coach to replace Dave Wannstedt. The problem was they didn’t have a contract finalized with McGinnis, and he wound up walking away after the fiasco.

Yet even by Bears standards, informing Nagy he has four more days and one more game to coach before firing him would be bizarre.

The Bears (3-7) rank near the bottom of the league in most key offensive categories that do not involve running the ball, and the offense has been stagnant since the second half of 2018, when the Bears won the NFC North with a 12-4 record and Nagy was named NFL Coach of the Year in his first season. The team has lost 15 of its last 21 games, including the playoff exit in January in New Orleans, and it’s becoming impossible for Nagy to say he has shown “progress” — to use the word McCaskey uttered nearly a year ago.

Former Jets running back Zac Stacy is jailed in Florida for the beating of his ex-girlfriend in front of the couple’s infant son. The 30-year-old was arrested by Orlando police Thursday and is being held in Orange County Jail on charges of aggravated battery, a second degree felony, and criminal mischief, a third degree felony, […]

Halas Hall updates: Matt Nagy says he has not been told his firing is imminent after a report says Thanksgiving will be his last day as Chicago Bears coach

The Chicago Bears are in damage control, still reeling amid a five-game losing streak and facing a demanding turnaround for Thursday’s game at Ford Field against the Detroit Lions. On Tuesday morning, a Patch.com report from Pulitzer Prize-winning journalist Mark Konkol asserted that Matt Nagy had already been informed of his imminent firing, positioned to […]

Andre Burakovsky isn’t getting caught up in the personal success of a five-game Avalanche points streak. “There’s been some lucky ones for me,” Burakovsky said. The eighth-year NHL forward — by chance or by skill — has been a consistent bright spot through Colorado’s ongoing injury carousel with three goals and three assists over the […]