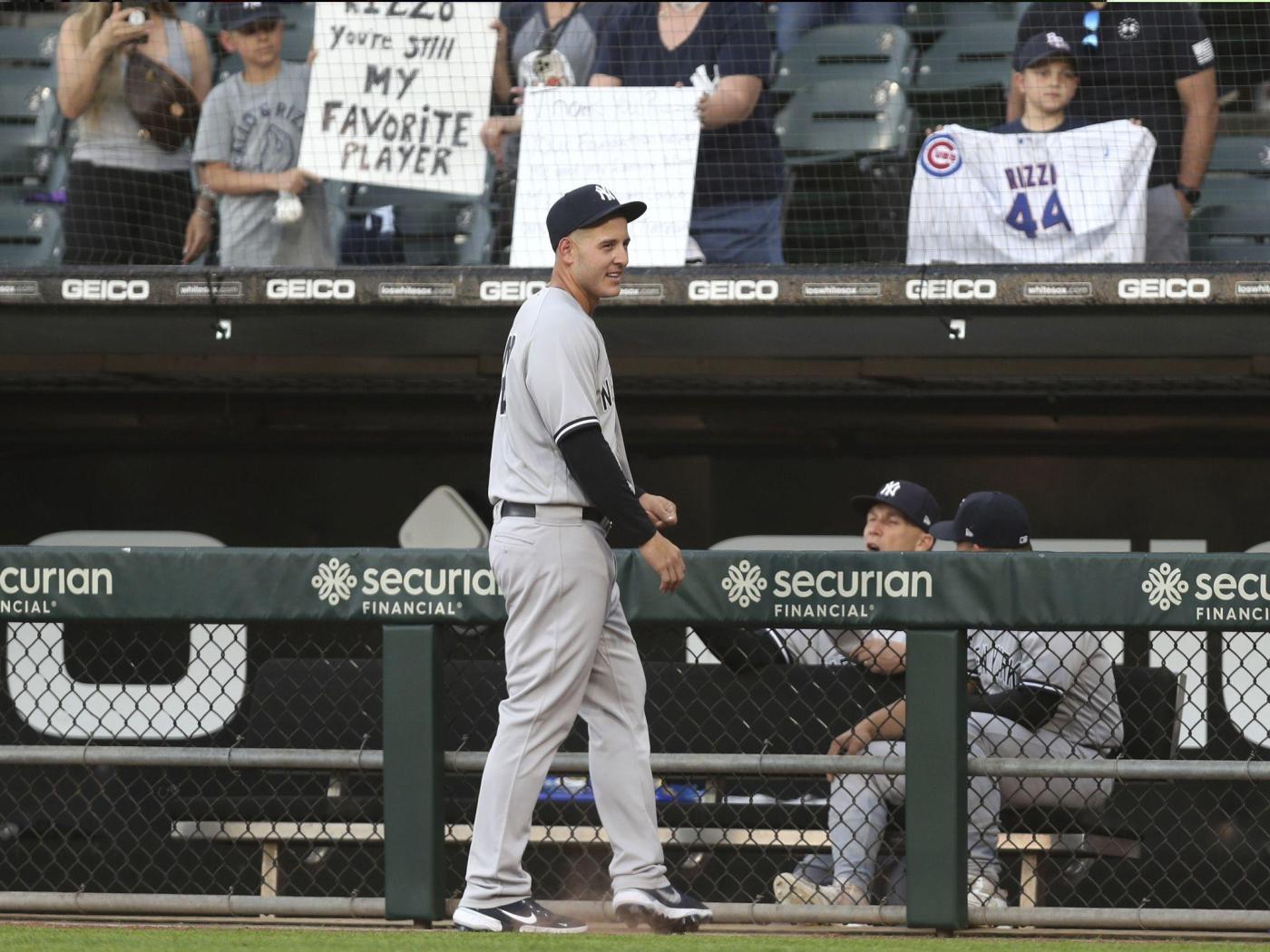 Time heals all wounds, so it wasn’t surprising to hear Anthony Rizzo has gotten over his “bad breakup” with the Chicago Cubs.

Rizzo on Thursday returned to Chicago, the town he once owned, as first baseman for the New York Yankees, who opened a four-game series against the White Sox at Guaranteed Rate Field.

He was booed loudly by Sox fans, just as Kyle Schwarber was last season with the Boston Red Sox. Once a Cub, always a Cub.

It has been more than nine months since Rizzo was dealt to the Yankees with cash for minor-leaguers Kevin Alcántara and Alexander Vizcaíno, a move that signaled the beginning of the end of the Cubs’ relevance. He quickly was followed out of town by Javier Báez, Kris Bryant, Craig Kimbrel and others in the biggest sell-off in Cubs history as President Jed Hoyer went about building what he called “the next great Cubs team.”

When Rizzo left, he was puzzled by Hoyer’s post-trade comment that he could sleep well knowing he made fair offers to try and retain the stars from the 2016 championship team.

“I’m kind of confused on why. Why say that?” Rizzo told WMVP-AM 1000 the next day. “Sounds like a bad breakup and the person saying they’re fine when they’re not fine. … I know it comes down to a business, and when you want your cake and you want to eat it, too, that’s kind of how it seemed.”

In other words, the Cubs had no problem making loads of money off the popularity of Rizzo, Bryant and Báez. But when it came time to compensate them for what they brought to the organization, the Cubs couldn’t find common ground with even one of their stars.

Everything has worked out well for Rizzo. He’s one of the leaders on the best team in the American League, playing for a team his dad grew up loving and feeling rejuvenated at the plate.

It has also worked out well for the Cubs, financially speaking. They’re averaging 31,655 fans at Wrigley Field, which is well below the 38,208 in 2019, the last full season before the pandemic. The season ticket base is still rather impressive for a team that easily could lose 100 games.

During a media session in the Yankees dugout before the game, Rizzo was asked if he hashed it out with Hoyer.

“Yeah, I think with our relationship with Jed, Theo (Epstein) and Jason McLeod, those three really saw me grow up,” he said. “They know who I am. They know who my family is and (wife) Emily is. And I know who they are. I don’t think it was ever necessarily (acrimonious). It’s business. … They had to make tough business decisions.

“As a human being, was I (ticked) off? Of course. But as a baseball player who sees what happens and (knows) this is a business, that’s the way it is. As …read more

SAN FRANCISCO – The Mets had done it. They had raised everyone’s blood pressure, rallied late and were on their way to another series win. Then the bullpen blew it. Edwin Diaz gave up two runs in the bottom of the ninth inning after the Mets had taken the lead in the top half, and […]

Wednesday night’s U.S. Open Cup Round of 32 games presented a pair of weather-related events for both Colorado teams in action. The Colorado Rapids were thunderstruck after just 18 minutes even after goals from both sides in its battle against Minnesota United, while Northern Colorado’s dream run came to an equally-stormy end in a 2-0 […]

UCF has dipped into the talent pool at Sanford Seminole High once again, looking to keep the successful pipeline going with a scholarship offer to 2025 offensive tackle Max Buchanan. “It’s a great feeling,” Buchanan told the Orlando Sentinel. “We have a lot of people who were in this past class that have signed on […]