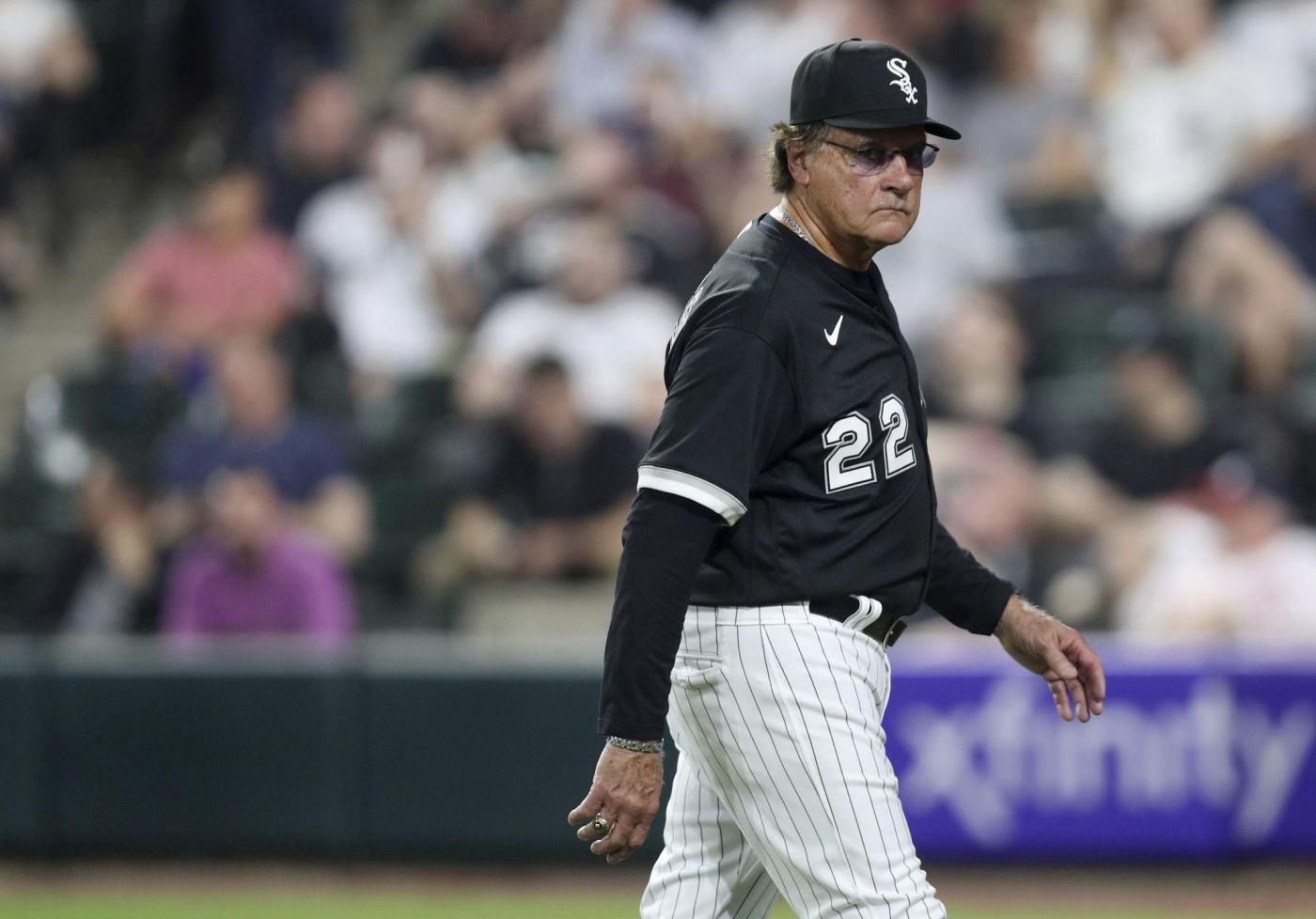 There are 50 shades of Tony LaRussa, and we saw a few this week.

There was Happy Tony before his Chicago White Sox opened a homestand Monday on the first summerlike night on the South Side, with Yoán Moncada and Joe Kelly back and his team riding a six-game winning streak. Their eight-game skid was in the rearview mirror, and better days were ahead.

Then we got a glimpse of Ornery Tony late Monday after the Sox blew a six-run, ninth-inning lead to the Cleveland Guardians and eventually lost 12-9 in 11 innings.

The Sox committed four errors, including two in the fateful ninth by Moncada and Tim Anderson before Josh Naylor’s tying grand slam off Liam Hendricks. La Russa defended Moncada after when asked about the two errors, saying the ball had hopped up on the third baseman.

“What was the other one you didn’t like?” La Russa asked CHGO reporter Vinnie Duber.

Duber pointed out the error by Anderson.

“Did you ever try to throw something?” La Russa asked.

Duber pointed out Anderson’s error was on a missed catch from an outfield relay.

“We didn’t lose that game because of our defense,” La Russa said. “I disagree with that, so …”

This is all part of La Russa’s competitive nature, we’re told, which was why Chairman Jerry Reinsdorf brought him out of retirement to finish the job Rick Renteria couldn’t. No one takes it personally when La Russa questions the validity of a valid question. Occupational hazard.

Happy Tony returned after Tuesday’s 4-1 win over the Guardians, which preceded an unfortunate COVID-19 outbreak in the Guardians coaching ranks that led to a postponement Wednesday. It was well-timed for the Sox, giving La Russa’s bullpen an extra day of rest before the four-game series against the New York Yankees, the best team in baseball.

Before Thursday’s game, Duber asked La Russa if Johnny Cueto, pitching at Triple-A Charlotte, was an option for Tuesday’s doubleheader in Kansas City, Mo. We then saw Funny Tony.

“You’re an option,” La Russa told Duber, drawing awkward laughs from those who recalled La Russa had previously questioned Duber about whether he’d ever made a throw.

Somehow Duber not only had convinced La Russa he could throw but start for the White Sox.

Next came Befuddled Tony on Thursday night after Kelly recorded the first two outs of the eighth inning on four pitches of a 7-7 game before imploding with three straight walks, including seven balls in his last eight pitches. It was Kelly’s second outing after rehabbing from a right biceps injury the last 6½ months.

La Russa let Kelly face Aaron Judge, who had hit a home run off Ryan Burr that nearly made it across 35th Street in his previous at-bat. Kelly induced Judge to hit a weak chopper up the middle, a tough play but one that a good second baseman could make with the ginormous Judge running to first.

Leury García was not that second baseman. His throw wasn’t strong enough to beat Judge on a bang-bang play. As …read more

Veteran QB Nathan Peterman signs a 1-year deal with the Chicago Bears, who also add a tight end and receiver

Veteran quarterback Nathan Peterman signed a one-year contract with the Chicago Bears on Wednesday.. The signing adds QB depth behind starter Justin Fields and backup Trevor Siemian. Another body was needed after the Bears cut ties with Nick Foles last month. But it is unclear if general manager Ryan Poles expects to carry three quarterbacks […]

Success seems to follow A.J. Pierzynski wherever he goes. Six years after retiring from Major League Baseball, the same IQ he carried through 19 years is helping another championship-level team in his hometown. “Catchers make the best [MLB] managers and coaches,” Scott Grove, head coach of The First Academy, said about bringing Pierzynski aboard. “You’re […]

Fourteen miles south of Alfonso Rivas’ hometown, the Chicago Cubs needed a clutch hit from the 25-year-old first baseman. If Rivas felt any pressure this week playing in front of family and friends at Petco Park, he certainly didn’t show it. One day after connecting on a two-run homer, Rivas had an opportunity to salvage […]