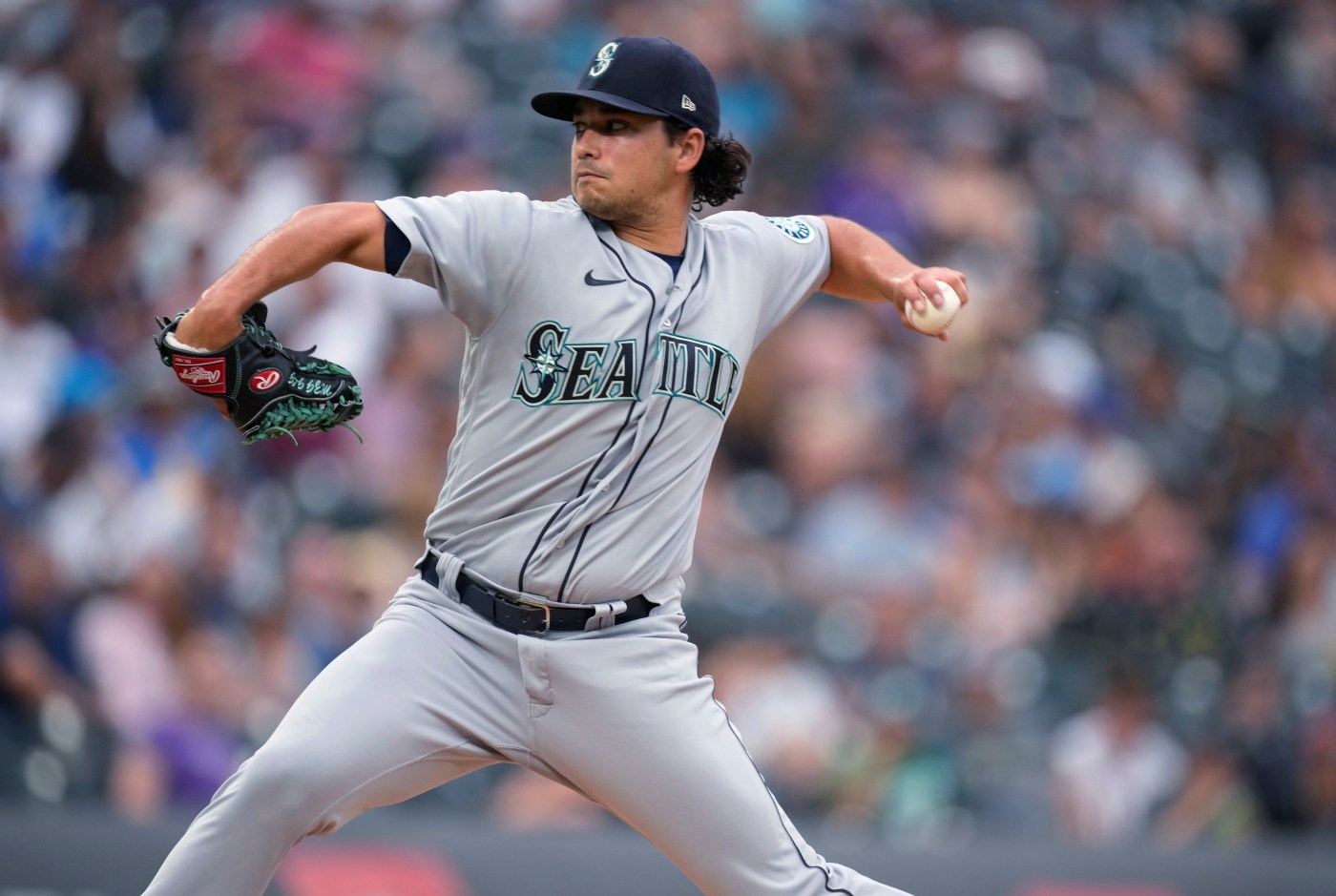 Marco Gonzales stepped onto the mound in a visiting ballpark that felt a lot like home.

The Seattle Mariners starting pitcher had roughly 100 friends and family members in attendance Wednesday night against the Rockies at Coors Field. They all came to witness the local kid who made it big.

“Definitely more nerves than there has been this whole season,” Gonzales said.

It also marked Gonzales’ first pitching victory since becoming a new father. His daughter, Grace, arrived June 26. Gonzales said: “It’s hard to be disappointed when you come home to a newborn.”

The maturation of one of Colorado’s greatest prep baseball players sure makes his old coach smile.

“Just pure joy. I’m super proud of him,” longtime Rocky baseball coach Scott Bullock said. “But also, not surprised. From the time I met Marco and first watched him pitch, I was like: ‘Man, this kid has a chance to be a big leaguer.’ He just had the it-factor.”

There was no denying Gonzales’ potential in high school as the starting pitcher in each of his team’s four state title games. The Cardinals drafted him No. 19 overall (Gonzaga) in 2013 prior to his trade to Seattle. Last season, Gonzales established himself as the Mariners’ ace at 7-2 with a 3.10 ERA.

Not with power, either. His fastball velocity tops out in the low-90s. Last season, he kept hitters off-balance with a devastating changeup and an improving cutter. But Gonzales hasn’t been the same pitcher this season.

The southpaw spent the entirety of May on the injured list with a left forearm strain, and then missed three more weeks in June/July on paternity leave. Gonzales is 2-5 with a 5.69 ERA in 2021.

His father, Frank, is the pitching coach in the Rockies’ minor league system (Double-A Hartford).

Rockies Mailbag: Colorado at least four or five years away from being a legitimate contender

“You want to be able to come back and find your best delivery,” Frank Gonzales said. “That takes time, or an outing or two, to do that. He’s in a good place right now. He can come out and have a nice second half for sure.”

Before reporters and social media swotters start fishing for trade stories, Bud Black is planning on doing a little angling of his own. “I’m going to go fly fishing at 6 in the morning (Wednesday) …” the Rockies manager said late Tuesday night outside the home clubhouse at Coors Field after coaching the National League […]

Kiszla: As protest against Olympics raged outside a nearly empty stadium, all the fireworks in Japan couldn’t stop Opening Ceremony from being a dud

TOKYO — Like thunder rolling in the distance, there was a low rumble audible inside the stadium, on a Friday night when the Olympics held a moment of silence for the more than 4 million killed by a worldwide pandemic. From my seat at the Opening Ceremony of the Summer Games, it sounded like trouble […]