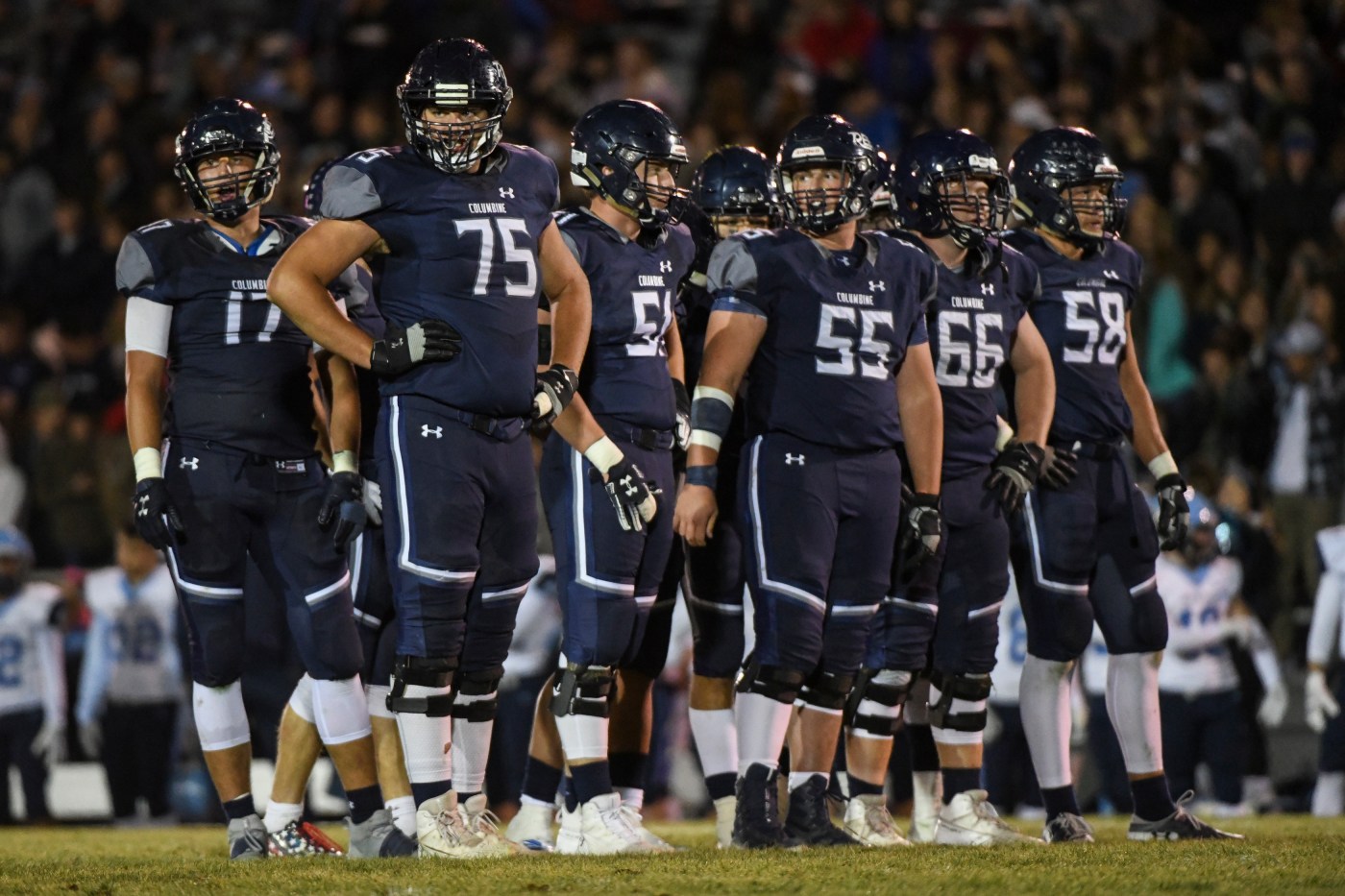 Step right up! It’s time to spin the college football recruiting geography wheel to discover the nation’s elite talent from each state.

Need a gun-slinging quarterback? Saddle up in Texas.

Here in Colorado, a so-called recruiting flyover state, the reputation is less defined with fewer blue-chip prospects in comparison to those regions. But recent history tells another narrative…

Welcome to Colorado: Home of the elite prep offensive lineman.

“We have a load of talent,” said Valor Christian’s Jake Maikkula, an offensive tackle with scholarship offers from schools representing all five power conferences. “They push me — even though I don’t personally know them — to do my best.”

The numbers back it up, according to 247Sports.com.

• In Colorado, for the Class of 2022, there are currently seven offensive linemen ranked inside the state’s top-15 overall recruits.

• Colorado has produced five OL prospects since 2019 that were four-star recruits — George Fitzpatrick (Cherry Creek ’22), Andrew Gentry (Columbine ’20), Roger Rosengarten (Valor ‘20) and Barrett Miller (Eaglecrest ‘19) — for the most of any position group in the state.

• A total of 27 prep offensive linemen from Colorado have signed or committed to play Division-I football over the past four recruiting cycles.

Fitzpatrick is the latest elite big fella (6-foot-6, 285 pounds) to hail from Colorado. His emergence surprises, though, when you consider that he entered the program as a tight end. It was head coach Dave Logan who asked for the switch to offensive tackle. A smart move.

“He may be the most highly recruited offensive lineman I’ve ever had,” Logan said. “And this is my 29th year.”

At Six Zero Strength in Centennial, aspiring college offensive linemen are given specialized training from Matt McChesney — a six-year NFL OL veteran — often from the time they enter high school. Like Connor Jones, the Michigan-bound offensive tackle at Palmer Ridge, whose Six Zero workouts were recorded and pushed on social media to college recruiters.

“In Colorado, in general, we definitely have to work harder to get our name out there,” Jones said. “That’s …read more

TOKYO — Anastasija Zolotic won the United States’ first gold medal in women’s taekwondo by beating Russian athlete Tatiana Minina 25-17 on Sunday to claim the featherweight division title. The 18-year-old Zolotic lets out a primal scream as she pulls on her helmet before each round. The Largo, Florida, native has been telling friends and […]

Saunders: With pitching in place, Rockies need to sign a slugger this offseason

Does anyone else see the irony here? The Rockies, eternally searching for quality starting pitching, have the makings of a solid rotation. Yet the offense is one of the most anemic in franchise history. With German Marquez, Austin Gomber, Jon Gray and Antonio Senzatela anchoring the rotation, the Rockies have a 4.31 ERA. That’s just […]