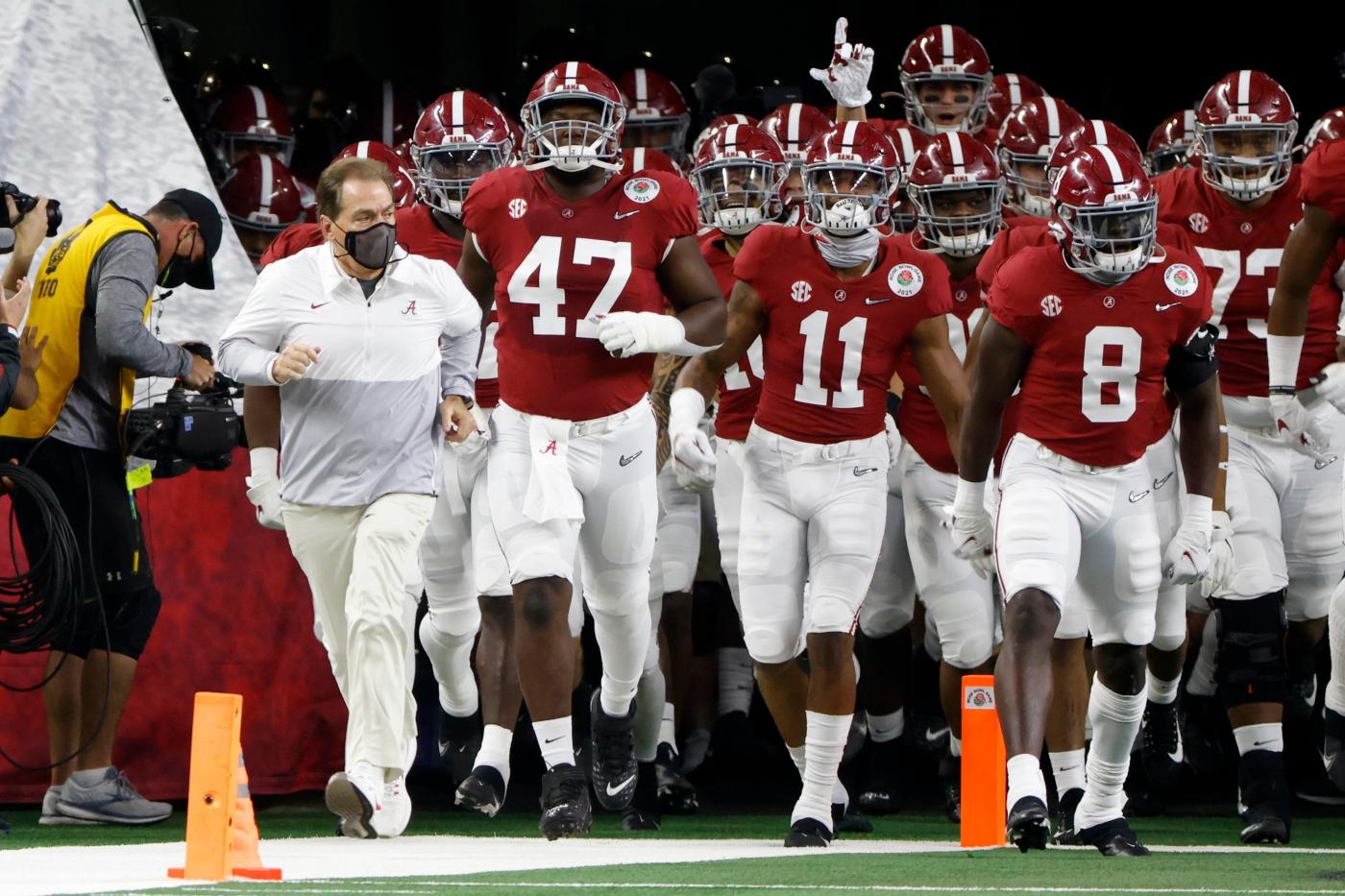 MIAMI — Trying to figure out which of Nick Saban’s Alabama teams is best is akin to picking Michelangelo’s greatest work of art or Ernest Hemingway’s best novel.

They are all excellent in their own way.

The first to win a national championship came in 2009 and is still the only Alabama team to finish unbeaten under Saban in 14 seasons of unprecedented dominance.

The 2011 national champions had maybe the greatest defense of college football’s modern era of high-powered offenses. The current Crimson Tide team has one of the most prolific and talented offenses in the history of the sport.

“Every team is different. Every team has its own personality,” Saban said Sunday. “But it’s hard to compare teams.”

The top-ranked Tide (12-0) are set to face No. 3 Ohio State (7-0) on Monday for the College Football Playoff championship in search of their sixth national title with Saban as coach.

The final game of this taxing and strange season played through the coronavirus pandemic is on schedule to take place at Hard Rock Stadium, home of the NFL’s Miami Dolphins, with 16,000 fans in attendance as planned. Because of COVID-19, which caused the postponement or cancelation of nearly 130 games, nothing has been guaranteed this season. But Alabama arrived in South Florida on Friday and Ohio State got to town Saturday.

The usual day-before-the-championship-game news conference with the coaches was held Sunday morning via Zoom. No sharing of a stage, posing with the trophy and staged handshakes this year.

“It certainly has been a strange road to get here,” Ohio State coach Ryan Day said.

The Buckeyes faced the prospect of no fall football at all when the Big Ten postponed in August, and then they managed to get in only six games before making the playoff. Day acknowledged earlier this week that Ohio State was dealing with some new COVID-19 cases.

There was even some concern early in the week that the game might have to be pushed back.

CU’s Karl Dorrell and CSU’s Steve Addazio have a common football opponent in 2021: The Transfer Portal

“Work to be done”: Jim Harbaugh has new, 5-year deal at Michigan

Pac-12 football: Ranking the coaching jobs (from easiest to most challenging)

If the Buckeyes do upset Alabama to win their first national title since 2014, they will have played the fewest games of any national champion since Minnesota finished 8-0 in 1941.

Alabama had only one game postponed this season, though it was because of COVID-19 issues with LSU. Saban tested positive for the virus — twice. The first …read more

Air Force hockey pauses for 14 days due to COVID-19

The Air Force hockey team has paused all activities for the next 14 days due to COVID-19 cases within the program. The team’s next two series, Friday and Saturday against Army and the following weekend against Long Island University, have been postponed. No make-up dates have been announced. Air Force is working with Atlantic Hockey […]

In the aftermath of Tuesday’s 122-116 loss to the Brooklyn Nets, Nuggets coach Michael Malone revealed why Michael Porter Jr. hasn’t been with the team. “It would be nice if we were fully healthy,” Malone began. “We were without two starters tonight. No Gary Harris, no Michael Porter. I don’t think we’ve been whole the […]

NASHVILLE, Tenn. — Lamar Jackson finally has his first postseason victory, and coming away from Baltimore makes it even more impressive. Jackson ran for 136 yards and a 48-yard touchdown while throwing for 179 more as the Ravens rallied from 10 points down and beat the Tennessee Titans 20-13 Sunday in their AFC wild-card game. […]