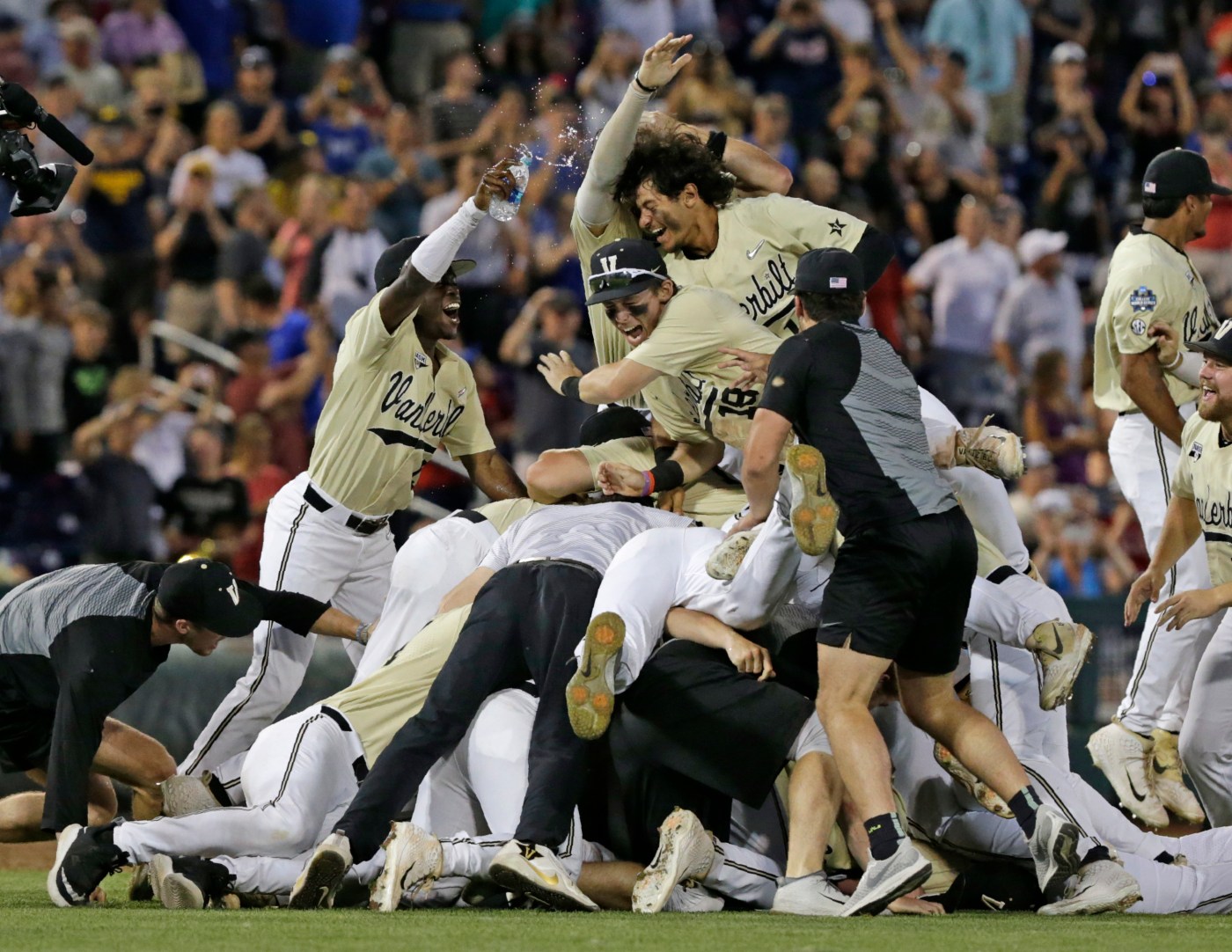 OMAHA, Neb. — A group of Power Five coaches led by Michigan’s Erik Bakich is proposing a later start to the college baseball season to trim expenses in the post-coronavirus era, make the game more fan friendly and reduce injury risk to players.

Past efforts to push back the season were rooted in cold-weather schools’ concerns about competitive equity because they had to travel to warmer climates in the South or West to play games the first month of the season.

The impetus this time is budget management.

“We operate at a significant financial net loss among almost all teams,” Bakich said Friday. “There are only a few that operate where they are actually making a profit or covering their costs. The majority of college baseball is a drain on athletic departments, and in the post-COVID era that is not a good combination when universities are looking to improve their fiscal bottom lines.”

Bakich said he, Vanderbilt’s Tim Corbin, Louisville’s Dan McDonnell, TCU’s Jim Schlossnagle and UCLA’s John Savage began looking at changes to help the sport shortly after the college season was shut down because of the coronavirus outbreak in March.

The core group held Zoom calls with coaches from top baseball schools from all regions, and the discussions resulted in the proposal.

Bakich said the next step is to recruit athletic directors who will take up the cause, bring it to faculty athletic representatives and presidents, and get it entered into the NCAA legislative process. The hope is the new schedule would be in place in 2022.

Bakich said five-year attendance trends show college teams draw bigger crowds in April and May than they do in February and March, and the potential is there for even bigger turnouts in June.

“We looked at why that is,” Bakich said, “and even in warm-weather places it’s still cold in March. But it’s also basketball season. A collegiate fan can only invest their energy in so many places.”

The proposal said northern teams could save about $200,000 in travel costs by not having to go South and West early in the season and there would be more regional scheduling.

A 17-year Major League Baseball study showed the majority of arm injuries happen in spring training or shortly after the season starts. Bakich said there are no comparable studies for college baseball injuries because of privacy laws.

“The typical spring training for a professional team is six to seven weeks,” Bakich said. “We as amateurs get less ramp-up time than professional players, and that’s a problem. What we’re doing is flat-out dumb.”

Eddie Sutton, the Hall of Fame basketball coach who led three teams to the Final Four and was the first coach to take four schools to the NCAA Tournament, died Saturday. He was 84. Sutton’s family said in a statement he died of natural causes at home in the Tulsa, Oklahoma, area, surrounded by his […]

For true believers, the annual NBA Draft Lottery will always be a day of reckoning for the league. Of course, they’re also willing to excoriate the NBA on any other day when the subject of its very first lottery comes up. In the minds of those cynics, D-Day (as in Dupe) was 35 years ago […]