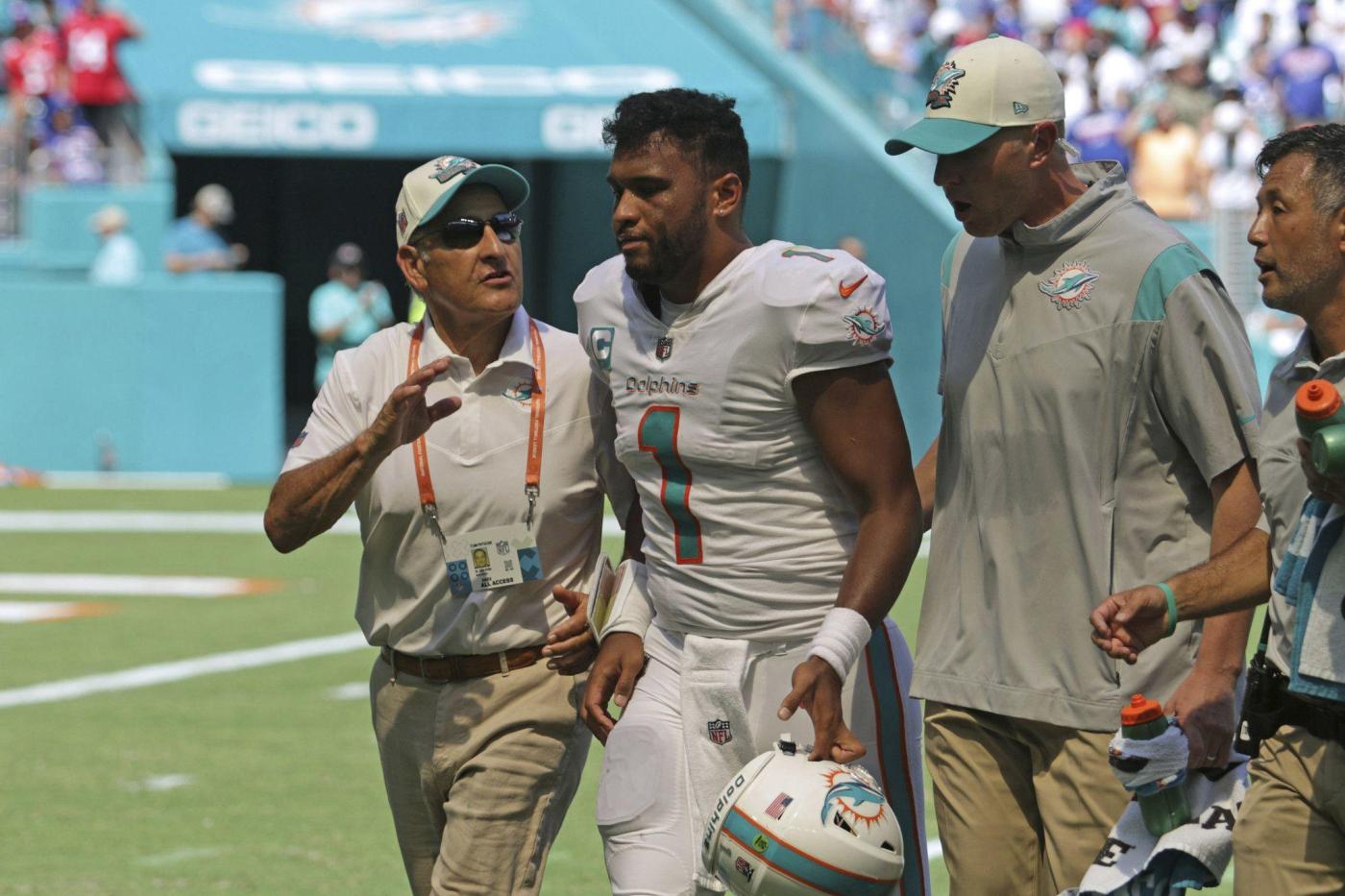 As the Dolphins’ offseason shifts into gear it’s a good time to remember that although Miami made the playoffs it was a 9-8 team last season and needs lots of work to get where it wants to go within the two- or three-year window it has opened.

Allow me to recap the open window thing: When the Dolphins acquired wide receiver Tyreek Hill and left tackle Terron Armstead last offseason they showed they want to win, but when they gave up a first-round pick to get edge rusher Bradley Chubb at the Nov. 1 trade deadline, they showed they want to win now. After all, quarterback Tua Tagovailoa, who battled concussion issues last season, is in the fourth and final year of his rookie deal if the Dolphins don’t pick up the fifth-year option on his contract so his current salary makes it easier to build around him.

However, with no first-round pick in this year’s NFL draft or next year’s the Dolphins are at a bit of a disadvantage when it some to adding more key pieces.

Bevell, Tua, and teaching Tua how to fall

The Dolphins want to spend part of the offseason working with Tagovailoa on how to fall properly to avoid hitting the back of his head on the ground, which, in his case, has caused his concussions. That job likely won’t fall solely on quarterbacks coach Darrell Bevell, who is a hot commodity around the league. By the way, Dolphins fans should be happy Bevell reportedly turned down offensive coordinator interviews with the New York Jets and Washington Commanders to remain here and work with Tagovailoa.

It’s not known whether the Dolphins will get a martial arts expert, former quarterback, or someone else to instruct Tagovailoa on how to fall properly, but coach Mike McDaniel said it’s on the offseason to-do list.

“Our plan is to kind of approach it like you do a young quarterback who’s not used to sliding,” McDaniel said. “We have ideas and thoughts of how to help him because that is a consistency that we’ve noticed as well, is that they’re ground-induced. So like everything else, we’ll do everything in our power to help coach them and that’s a new way to attempt to coach.”

As for Bevell, the Tagovailoa-Bevell combination did good things together last season and Bevell, who has worked with future Hall of Fame quarterbacks such as Aaron Rodgers and Russell Wilson, might be more important to Tagovailoa’s development than McDaniel.

Many years ago I was talking to players in the Dolphins locker room for a story I wanted to write on the link between head coaches and starting quarterbacks. It would have been Joe Philbin and Ryan Tannehill at that time.

Tagovailoa, of course, had his best …read more

Broncos Mailbag: Won’t this coaching search ever end? The Broncos are close to finalizing a deal with the New Orleans that will put former Saints head coach Sean Payton in line to be their next head coach, multiple sources with knowledge of the situation confirmed to The Post on Tuesday afternoon. The Broncos are sending […]

ASK IRA: Do the Heat need to look externally for depth in the middle?

Q: Ira, the Heat have a serious shortage in big men as a result of Dewayne Dedmon destined to sit on the bench, Omer Yurtseven out and Udonis Haslem in essence only as a mental support. – Simon,South Palm Beach. A: Agree. And for all that Orlando Robinson has done to help keep the Heat […]