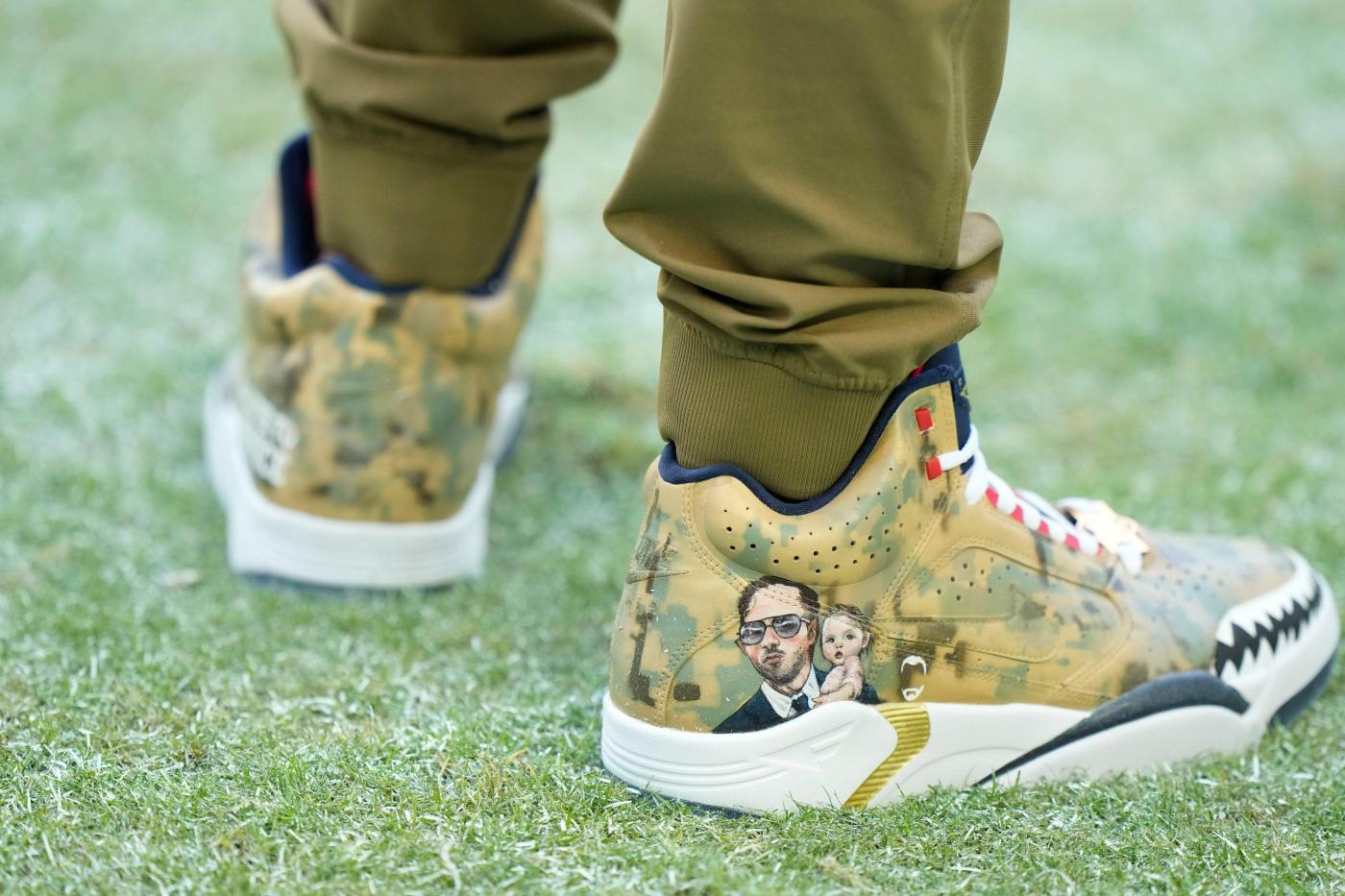 Dolphins coach Mike McDaniel preached a message of togetherness and unity Wednesday, a message that involved family and football.

McDaniel even got choked up a little bit when talking about the things that give him the most reason to be thankful.

His wife, Katie, and daughter, Ayla, topped the list.

“I do have an issue about being long winded,” McDaniel began Wednesday, the day before Thanksgiving. “I’m going to try to be as tight as possible. And also I don’t want to get too emotional up here today.

“But right when you said, ‘What are you most thankful for?’ immediately my wife and daughter. She’s two [years old] now, so I didn’t really know that aspect of concrete support, family and fulfillment.”

“And while I am able to fully invest in people in the organization and do my job, which is incredibly important to me, I have no chance without my wife.”

We’ve always known McDaniel is a different sort of NFL head coach. Wednesday was more evidence in that direction.

Not many NFL coaches are so moved talking about family, especially midseason.

Usually before home games he’ll greet his wife and daughter on the field before also greeting Dolphins fans.

During the 39-17 victory over Cleveland, McDaniel wore special “Salute to Service” shoes that also featured a painted picture of him and his daughter. He saw Ayla on the field before the game and pointed to her picture on the shoes and she recognized herself and said, “Ayla.”

“I almost just broke down crying before the game,” McDaniel said. “That was pretty cool.”

McDaniel isn’t the only one with reasons to be thankful.

Dolphins players also have a lot of reasons to be thankful, and they showed their appreciation for their community with their Thanksgiving dinner giveaways this week.

More than 9,000 turkey dinners were distributed by Dolphins players, coaches and staff, and more than half the roster participated.

They gave away more than 300 boxed meals to families of Bunche Park Youth Football League, where Bridgewater, who grew up in Miami and attended Northwestern High School, played as a youngster.

Bridgewater had done back to school giveaways and Christmas giveaways, but never a Thanksgiving giveaway even though he’s seen both sides of the event.

When he was playing for the Minnesota Vikings he had a teammate, offensive lineman Joe Berger, who was talking about a turkey giveaway he did as a member of the Dolphins along with offensive lineman Vernon Carey.

“I said, ‘Hey, I was one of those kids that got a turkey that day,’ ” Bridgewater remarked.

Outside linebacker Jaelan Phillips, who developed an interest in charity work while at the University of Miami, participated in a couple of turkey giveaways. He likes the way it makes him feel.

“It’s incredible,” Phillips said. “It’s one of the most important things we can do as NFL …read more

Until Sunday, it was a relatively simple exercise to pick out the Miami Heat’s best road victory of the season. There was the Oct. 26 victory over the Portland Trail Blazers, in the Heat’s road opener – and that was it. “Coach let us know that,” forward Caleb Martin said of Erik Spoelstra’s pregame messaging. […]

Justin Fields practices — but the Chicago Bears QB’s playing status remains cloudy because of a separated shoulder: ‘We’ll see how it feels in 4 days’

The Chicago Bears held a light practice Wednesday afternoon, a walk-through of sorts but with enough work that quarterback Justin Fields was able to test his injured left shoulder. The team’s medical staff cleared Fields to participate, but he still felt noticeable pain as he continued working through what he said was a separation of […]

Henry Hasselbeck, son of former NFL quarterback, commits to play lacrosse at Maryland: ‘This is a dream come true’

Before breaking his arm last winter, Henry Hasselbeck was a three-sport athlete who starred in football, ice hockey and lacrosse. Because of his versatility, he was frequently asked which sport was his favorite. Hasselbeck usually deferred answering the question — a policy encouraged by his father, Matt. “You’re really not allowed to answer that question […]