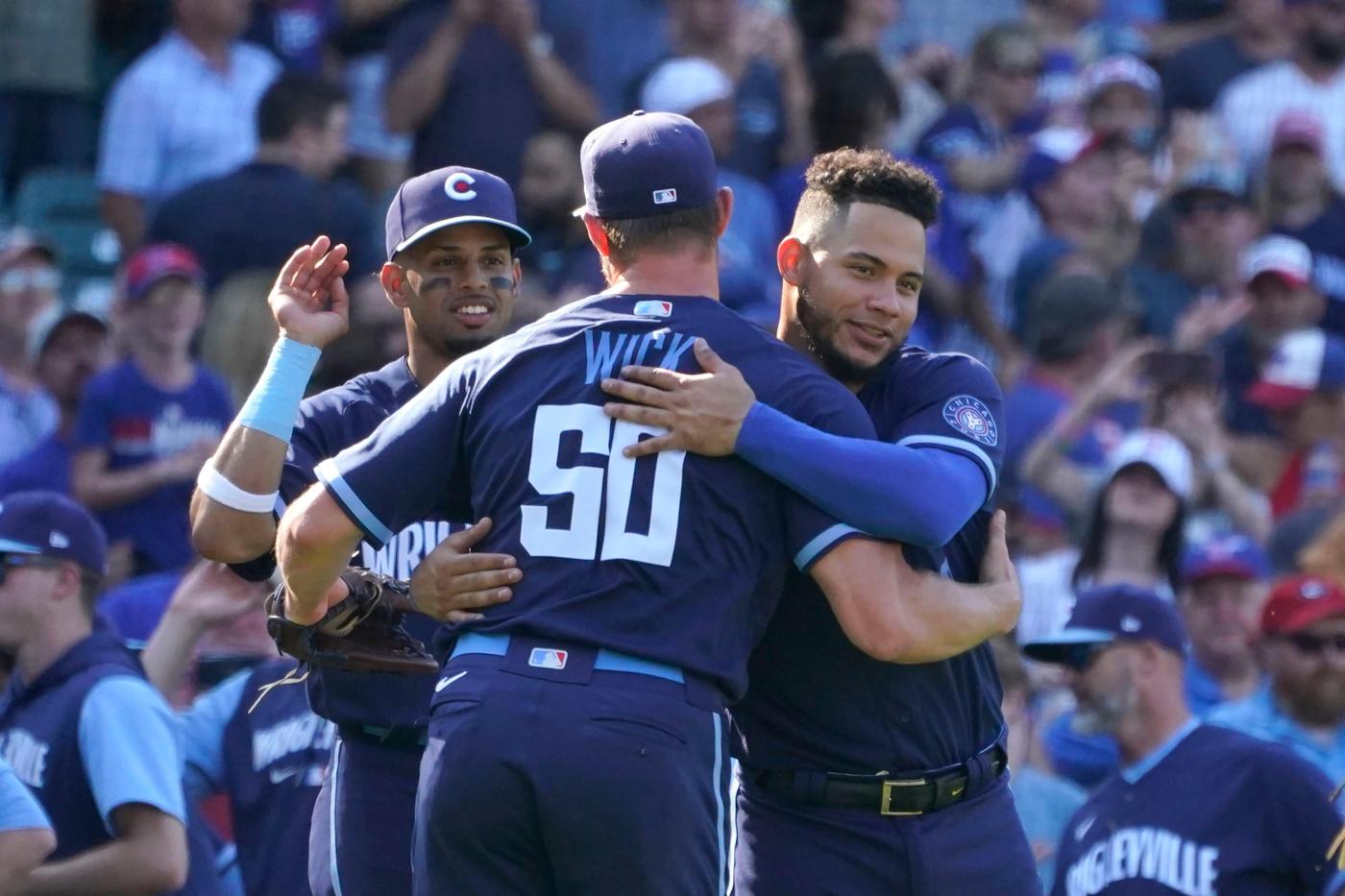 Willson Contreras ran into Chicago Cubs President Jed Hoyer von Friday morning for the first time since Hoyer decided Tuesday to keep his All-Star catcher for the rest of the season.

“I saw him early in the morning when I was doing my workouts,” Contreras said Friday after the Cubs’ 2-1 win against the Miami Marlins at Wrigley Field. “He just passed by me and said ‘Hi.’

“But at any moment we will talk. We’re here. That’s the most important thing.”

Whether Contreras will remain with the Cubs after the 2022 season is anyone’s guess, but at least he has almost two months to convince Hoyer why he deserves to stay in the organization long term.

Contreras let his bat do all the talking Friday in what everyone called his “homecoming” game. His two-run home run in the eighth inning led the Cubs to a comeback win over the Marlins, snapping a five-game losing streak.

“I’m happy to be with the Cubs for the rest of the year,” Contreras said. “Why not? We have a really good chemistry in the clubhouse, a really good fan base. I know that right now this is not a winning team, but I know at some point we will turn into a winning team.

“They’ve done a good job raising the farm (system). I’ve been hearing a lot about prospects in the organization that are really exciting. Hopefully with time and experience, they’ll be the best.”

Cubs fans showered Contreras with love before his first-inning at-bat and again after his no-doubt-about-it home run off Dylan Floro in the eighth, shortly after Nick Madrigal led off the inning with a single. Madrigal had the Cubs’ first hit of the game — a single leading off the sixth off reliever Huascar Brazobán — heading into the inning.

But the day belonged to Contreras, who was hugging everyone in sight the last time he left Wrigley after assuming like everyone else that he would be dealt by the Tuesday trade deadline.

“Last time was kind of saying goodbye, it was an emotional moment,” Contreras said. “Today was really a high-energy moment.”

Hoyer, who wasn’t available Friday — he is scheduled to talk with reporters next week — said via a Zoom call Tuesday that he held on to Contreras and Ian Happ because he didn’t feel the return being offered was worth the price. It’s difficult to imagine the Cubs wouldn’t get enough talent back for a couple of All-Stars, and holding on to Contreras was an especially risky move if they don’t re-sign him. Happ has another year before he becomes a free agent, so it was less of a surprise that he stayed.

Contreras hopes the story is over and he can get some sense of normalcy back for the final weeks of a lost season. He admitted it was exhausting going through the anxiety of the last month, especially over the final days. When …read more

After more of the same struggling, it’s time for a change. After a 3-1 loss to the Rays, their third straight defeat, the Yankees were in serious discussions about calling up prospect Estevan Florial and putting struggling closer Clay Holmes on the injured list. “We haven’t decided anything for certain yet. We’ll talk through some […]

Roger Goodell’s appointee in the Deshaun Watson appeal, former N.J. attorney general Peter Harvey, could drop the hammer of an indefinite suspension plus a major fine on the Cleveland Browns quarterback this week. Or Harvey could marginally increase Watson’s six-game suspension, handed down by neutral judge Susan Robinson, and reveal this process to be more […]