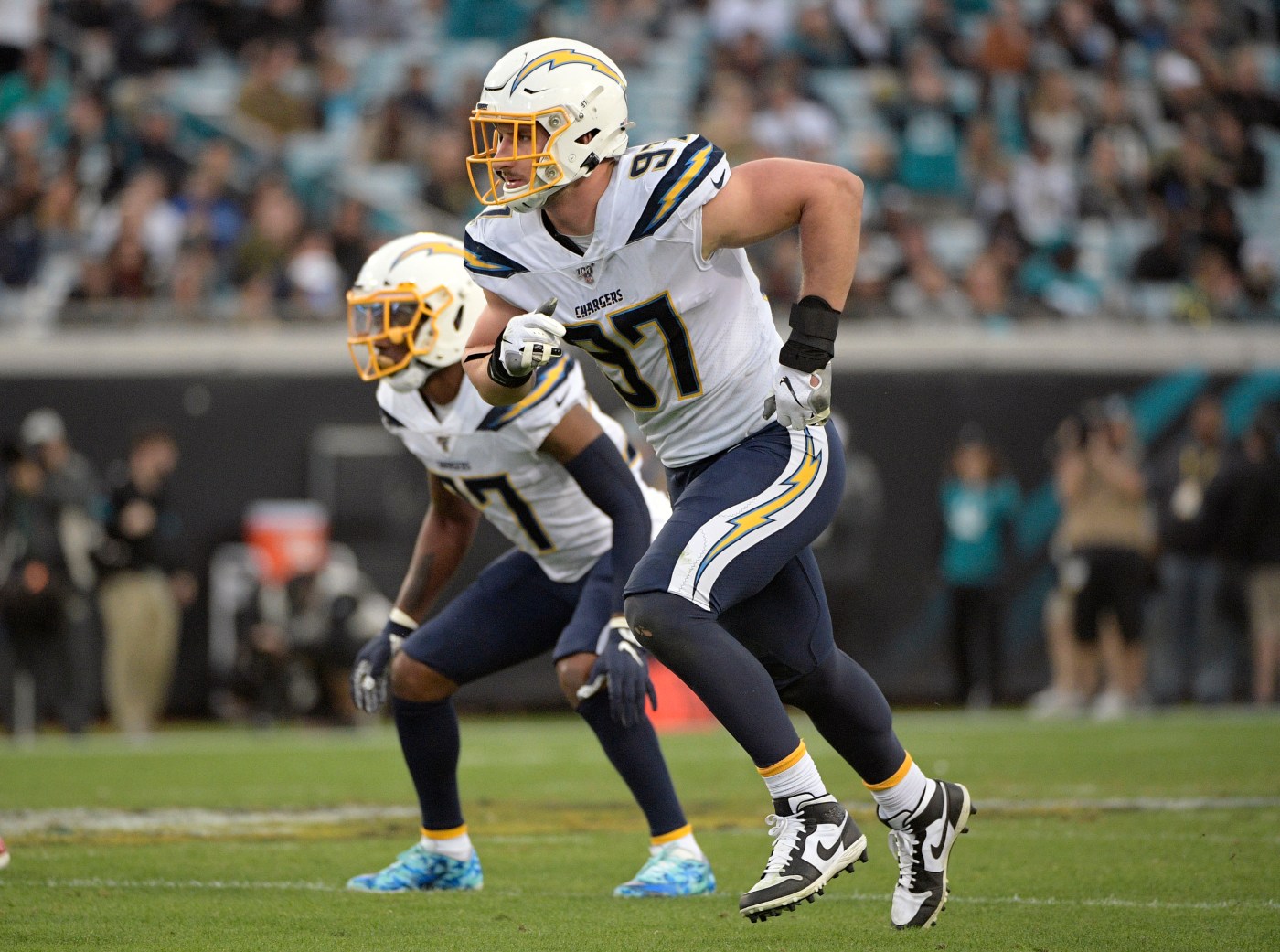 Bosa and the Chargers reached agreement on a new deal Tuesday night.

The five-year extension is worth $135 million, which includes $78 million guaranteed at signing and $102 million overall. The deal eclipses the five-year, $125-million extension that Cleveland’s Myles Garrett signed two weeks ago. That contract included $100 million guaranteed for Garrett, a defensive end who was the top pick in 2017.

The 6-foot-5, 280-pound Bosa is going into his fifth season. He was the third overall pick in the 2016 draft and has been selected to two Pro Bowls. He tied for second in the AFC last season with 11 1/2 sacks and has double-digit sacks in three of his four seasons. He was third among defensive ends and second in the AFC with 60 tackles, including 16 for loss. Bosa also had 25 quarterback hits and forced a fumble.

TODAY at 10 a.m. join columnists and beat writers from the Bay Area News Group and Southern California News Group as they discuss the future for the NFL. This webinar is our last in a series that highlighted the plans of the MLB, NBA and now NFL leagues for opening, the 2020 seasons at large, […]

SAN FRANCISCO — On behalf of the players, the sponsors, and myself: We miss you fans. The first round of the 2020 PGA Championship was held Thursday at TPC Harding Park with no counted attendance, a byproduct of the COVID-19 pandemic. Normally a major championship like this would bring out crowds that stack 10, 20-people […]

A’s win on Marcus Semien walk off in 13th inning

The A’s extended their win streak to seven games with a comeback 3-2 win, clinched on Marcus Semien’s RBI single in the 13th inning to come back from a 2-1 deficit heading into the bottom of the inning. Austin Allen tied things up with his RBI single, scoring Matt Chapman. Before the big 13th inning, […]