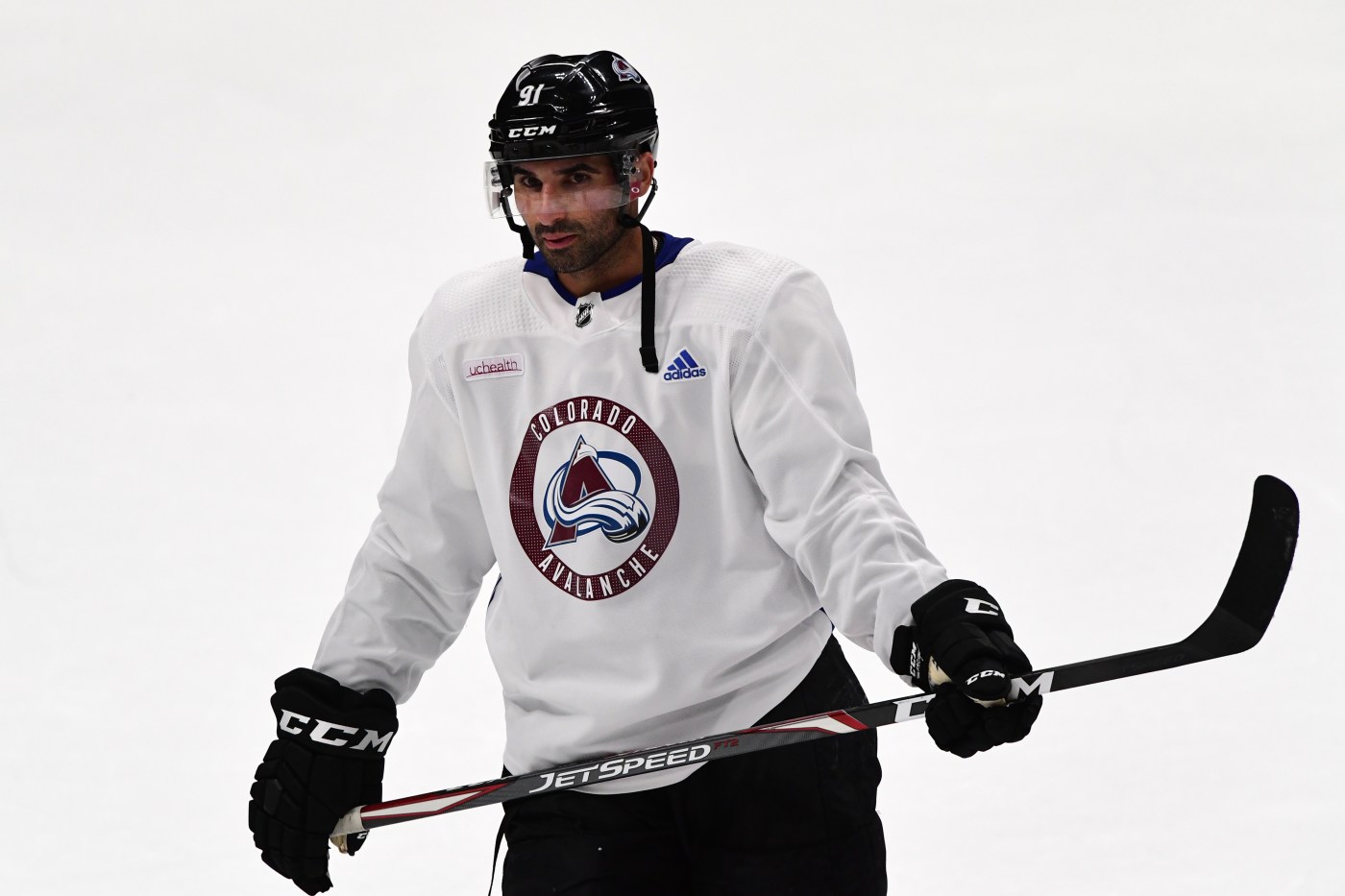 Nazem Kadri can sometimes feel like he’s playing hockey on an island and his voice can’t be heard.

A proud Muslim from London, Ontario, the first-year Avalanche center identifies as a minority with Black peers. Kadri is a member of the Hockey Diversity Alliance, which was formed by seven Black players in June during heightened coverage of the Black Lives Matter movement.

Kadri, whose family is from Lebanon, stood arm-to-arm with Black teammate Pierre-Edouard Bellemare of France and Black Minnesota Wild players Matt Dumba, a Canadian, and American Jordan Greenway during the U.S. national anthem before last week’s exhibition against the Wild.

After the game, I asked Kadri how that show of unity felt.

“A nice moment of solidarity,” he said on a Zoom call with other reporters. “I think with what’s going on in the world today with the injustice and the racism issue, I think it’s an important thing to come together and unify as players.”

Kadri then hinted at what Evander Kane later told TSN reporter Frank Seravalli — that the NHL can do more than simply acknowledge the Hockey Diversity Alliance. Kane is a Black player for the San Jose Sharks.

The Sharks are among the seven teams not competing in the playoffs. Perhaps still-active players like Kadri should begin kneeling to get their message across — like players from other professional sports.

“As players, we have addressed (racism) from a league standpoint,” Kadri said. “I think we’d maybe like to see a little more acknowledgment and having them address the situation and know that they stand with their (Black) players.”

Kane told TSN that the NHL is dragging its feet in responding to ideas from the Hockey Diversity Alliance and that the league is too wrapped in combining other issues like mental health and women’s rights into what the HDA stands for — anti-racism. The NHL planned to introduce #WeSkateFor (add an issue) Saturday when the 24-team playoffs began in Edmonton and Toronto.

It’s abundantly clear that the HDA wants the focus on Black issues. So perhaps the HDA should come up with a better name to zero in on its focus.

Avalanche likely to follow in pregame unity before Wednesday’s exhibition

“From a player’s standpoint, I know we all stick together. Hockey is a great game,” Kadri said. “We’re all trying to make the game more diverse and the diversity in the game doesn’t happen with racism still going on. So that’s an important thing for us to …read more

At the onset of the sports shutdown, Pac-12 commissioner Larry Scott — after consultation with the presidents and chancellors — indicated that if classrooms couldn’t open in the fall, locker rooms wouldn’t open for the fall. “If the students, broadly, are not back on campus,” Scott told the Hotline, “I don’t imagine the student-athletes being […]

The Colorado Rockies faced the San Diego Padres during their 26th home opener at Coors Field. Due to coronavirus fans were not allowed inside as the Rockies lost to the Padres 8 to 7. Related Articles Wade Davis shelled in ninth as Rockies see opening day lead slip away Matt Kemp makes strong first impression […]

Kansas City Royals manager Mike Matheny announced that pitching prospect Kris Bubic will make the Friday night start for the home opener against the Chicago White Sox. Bubic, a 2015 graduate of Archbishop Mitty-High San Jose, was the 40th overall pick of the 2018 draft after playing for Stanford, will be making his Major League […]