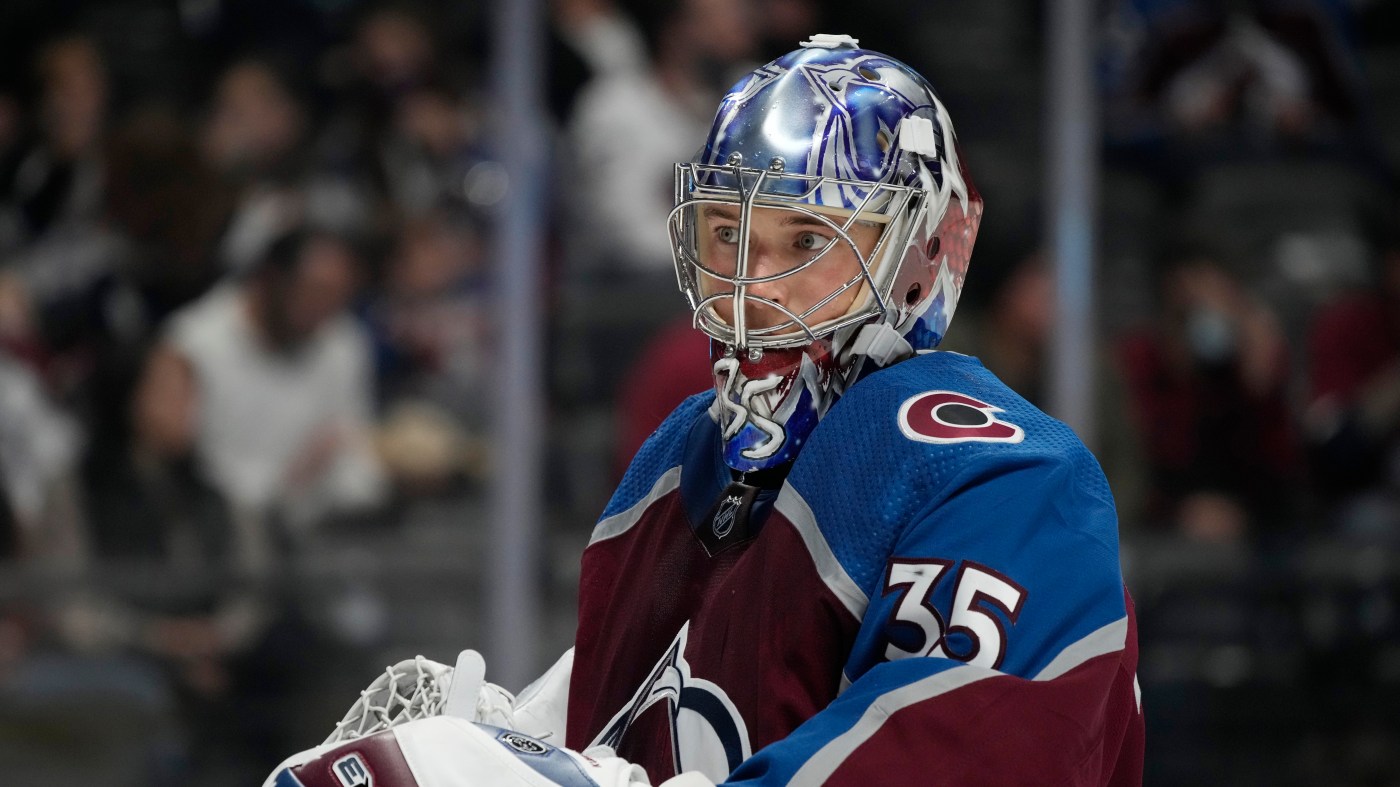 It was Stanley Cup or bust last season, and the Avalanche busted. After a shortened offseason, the goal is the same: Win the Cup or feel the pain of falling short of great expectations once again.

The Avs began the playoffs 6-0 in May and June, then finished 0-4 — the first time all season they lost four consecutive games. Can they avoid that kind of collapse next spring and summer, assuming they have another strong regular season and make the playoffs for the fifth consecutive time?

Here are five keys for Colorado to finally break through and live up to its status as Stanley Cup favorite:

Darcy Kuemper. The goalie is a team’s most important player and Kuemper must be as good or better than the departed Philipp Grubauer, who chose more money and security in free agency and signed with the expansion Seattle Kraken. Hours later, the Avs overpaid Arizona to acquire Kuemper, who is entering the last year of his contract.

The Avs wanted the 6-foot Grubauer to re-sign for less. That didn’t happen, and now Kuemper, who is 6-5, has the opportunity to win in what could be his only season in Colorado.

Kuemper, 31, might be an upgrade based on his frame. Shooters see less net when he’s in front of it, and Team Canada is expected to name him one of its three goalies for the 2022 Olympics. Kuemper is big and talented. But can he handle the workload — especially with oft-injured backup Pavel Francouz already out with his latest lower-body injury?

In eight full NHL seasons, Kuemper has played in more than 31 games just once. He’s injury-prone much like Francouz, which makes a worrisome combination. But if Kuemper can remain healthy, this team will be in good hands.

That second line. Center Nazem Kadri and wingers Andre Burakovsky and Valeri Nichushkin are each in the final year of their contracts. Maybe the Avs throw a bunch of money at Burakovsky, the best of the bunch, to remain in Colorado. But all three could be gone next summer when the club again has to tighten its belt to sign at least one goalie.

Until then, the Canadian (Kadri), Swede (Burakovsky) and Russian (Nichushkin) need to consistently provide offense to complement the first line. Specifically, Kadri and Nichushkin must produce more than their combined 21 goals last season.

Plugging voids. The Avs lost a combined 41 goals from forwards Joonas Donskoi (17), Brandon Saad (15) and Pierre-Edouard Bellemare (nine), who are all playing elsewhere.

Who fills the void? The candidates are mostly unproven youngsters, such as rookies Logan O’Connor, 25; Sampo Ranta, 21; and Alex Newhook, 20, plus veteran newcomer Darren Helm, 34. But the Avs also believe J.T. Compher and Tyson Jost have much more to give in their fifth full NHL seasons than their combined 17 goals last year.

Cross-check crackdown. Special teams could play an even bigger role in the NHL after the league vowed to crack down on cross-checking. The Avs finished eighth in both the power play and penalty …read more

The Broncos’ ball security came unhinged Sunday. In the 34-24 dismantling by the Las Vegas Raiders, the Broncos turned the ball over four times, matching their season total heading into Week 6. Three of those were Teddy Bridgewater interceptions, and another was a lost Bridgewater fumble as Denver’s miscues prevented any sustainable offensive rhythm. “Teddy […]

For the better part of five minutes, Nuggets coach Michael Malone paced the baseline of the team’s practice court contemplating the practice he’d just watched. Trapped with his thoughts, Malone’s walk came after Saturday’s session had already extended 45 minutes longer than initially scheduled. Once he sat down with reporters, his frustration bubbled to the […]