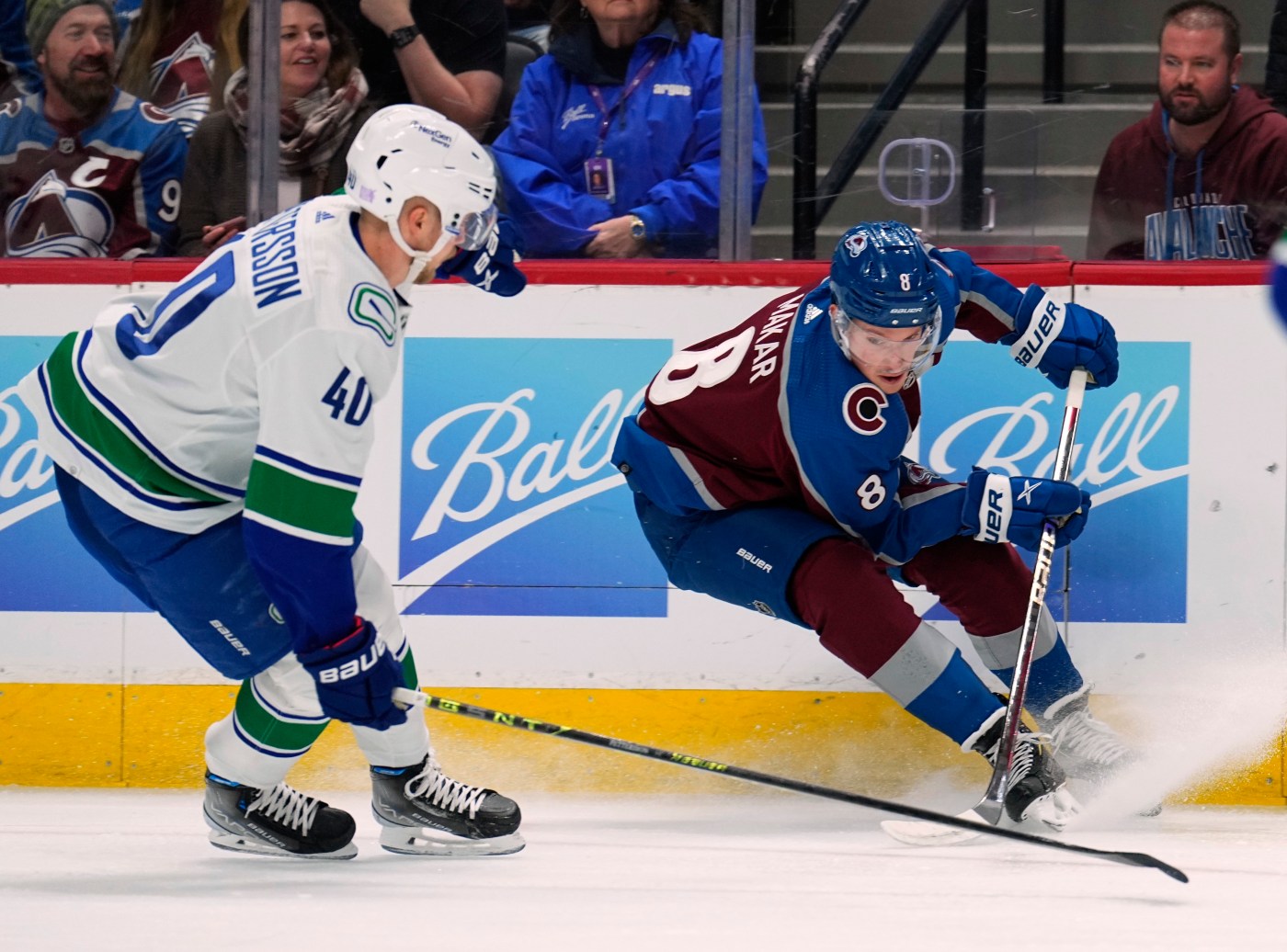 It must be that Cale Makar’s rear end just takes up too much space.

That’s the only reasonable explanation to Makar, based on how the referees clarified his wrongdoing to him.

Makar skated to the penalty box red in the face, cursing and shaking his head in equal parts amusement and disbelief with 8:32 remaining in a tie game Wednesday. He was sentenced for interference against Vancouver center Dakota Joshua, ending an Avalanche power play prematurely. It took 32 seconds for the Canucks to score the game-winner at 4-on-4.

His coach does know.

“He was fine,” Jared Bednar said. “Him and (J.T.) Compher were both stopped there. … It seems pretty clear to me, but apparently not for the way things are going in the league, because one night it’s called. Next night it’s not.”

The so-called inconsistent call in question is interference against a player who is waiting at the blue line to cross into the offensive zone. Interference, at its simplest, is called when a skater intentionally goes out of his way to impede the path of an opponent who does not possess the puck.

But in Makar’s case, it wasn’t a matter of going out of his way to disrupt an opponent’s progress. The defending Norris Trophy winner argued he was the first player to occupy the space in which he was waiting. Joshua skated into him and fell to the ice. Makar was punished.

“It’s interesting. It’s a very complex conversation, obviously, because when you don’t really understand what’s going on, from my point of view, then how am I supposed to improve?” Makar said.

He was just beginning what turned out to be a two-minute opening statement of sorts, his entry point into a seven-minute interview focused entirely on the rule.

“It’s happened now two or three times this year. It’s tough. Whose ice is that? That’s the real question,” he said. “It’s tough. You have a guy skating backward in the neutral zone at you, and if I go forward, I go in the O-zone for an offside. In that circumstance, (Compher) is right there. I guess I can go back, but I’ll probably just run right into (Joshua). I’m shoulder-checking to see if he’s going to run into me. … If I was standing still in the offensive zone and somebody runs into me, whose fault is that?

“Even with their explanation, both sides just don’t understand what we’re looking for in terms of what to call. That’s where my head’s at.”

Avalanche center Nathan MacKinnon told Aarif Deen of Mile High Sports that the Makar penalty “doesn’t make any sense,” and that referees tend to make that call disproportionately against teams entering the zone on a power play; less so at even strength.

“I think if you’re skating across the line, setting an intentional pick, moving into that player’s ice, it …read more

Ravens TE Mark Andrews ‘dying to get back out there’ after injuries; OLB David Ojabo says he’s ‘ready’ for potential debut

Ravens tight end Mark Andrews was limited in practice again Thursday, but the All-Pro said afterward that he was “feeling good” as he recovers from knee and shoulder injuries. Andrews missed the Ravens’ Week 9 win over the New Orleans Saints, the first injury-related absence of his career, and was limited in his return to […]

Khalil Herbert is placed on IR, a move that will test the Chicago Bears’ top-ranked rushing offense

The Chicago Bears’ top-ranked rushing offense will be without a primary cog for at least four games after the team placed running back Khalil Herbert on injured reserve Tuesday. Herbert left Sunday’s 31-30 loss to the Detroit Lions at Soldier Field with a hip injury. Coach Matt Eberflus declined to share any injury details Monday, […]