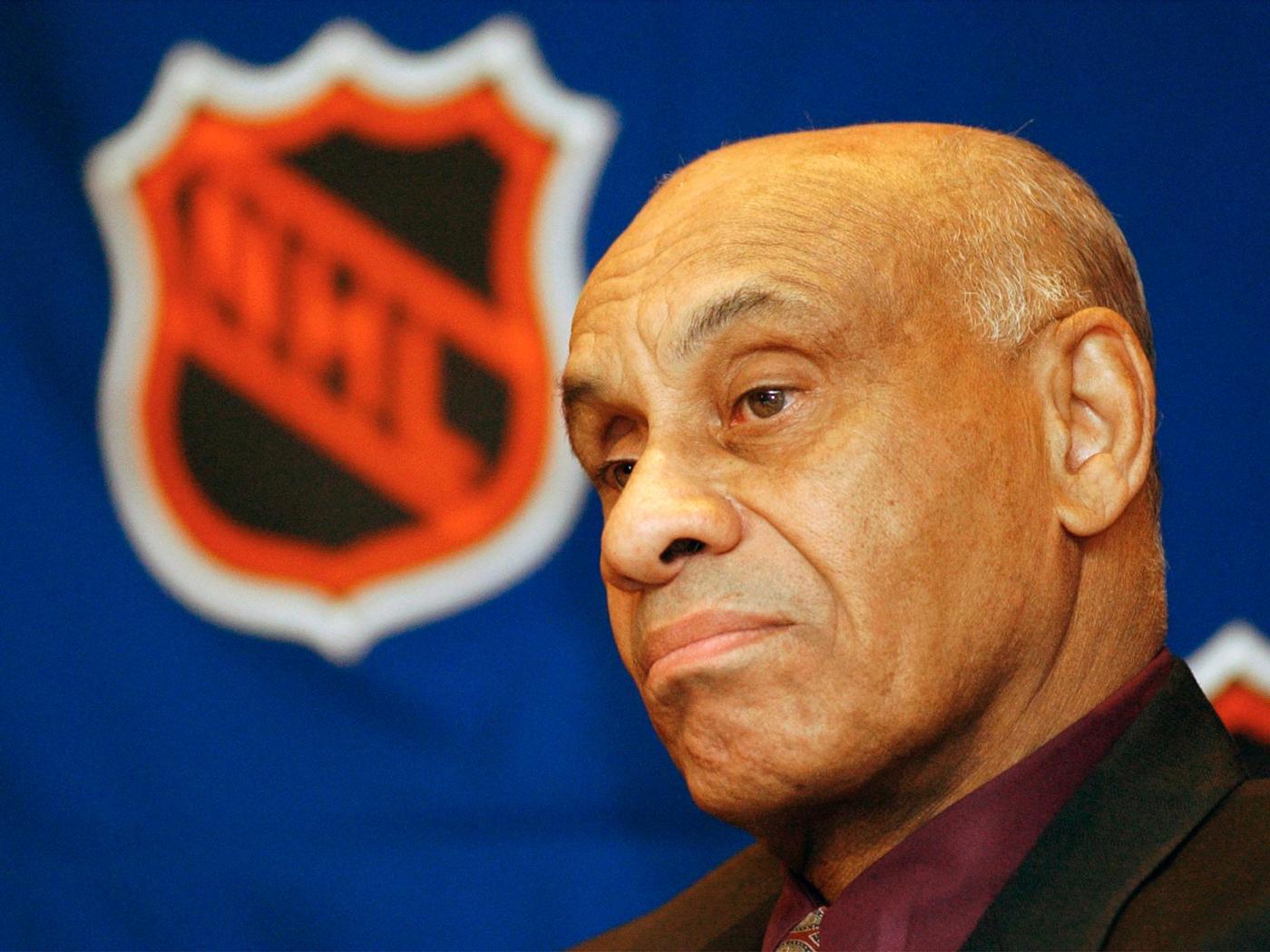 BOSTON — Willie O’Ree, who broke the NHL’s color barrier, is set have his jersey retired by the Boston Bruins.

O’Ree will have his No. 22 jersey honored prior to the Bruins’ Feb. 18 game against the New Jersey Devils, the team announced Tuesday.

He became the league’s first Black player when he suited up for Boston on Jan. 18, 1958, against the Montreal Canadiens, despite being legally blind in one eye. O’Ree played two seasons from the Bruins, retiring from professional hockey in 1979.

He also donned No. 18 and No. 25 during his time with the Bruins but wore number 22 in the bulk of his games with the club.

O’Ree, 85, becomes the 12th player in team history to have a sweater hung in the TD Garden rafters.

NHL embarks on season that will be like “56 playoff games”

Chambers: Colin Wilson has a lot to say about Avalanche, OCD

“Willie’s contributions to the game of hockey transcend on-ice accomplishments and have opened countless doors for players who have come after him. He is without question deserving of this honor,” Bruins president Cam Neely said in a statement.

O’Ree was inducted into the Hockey Hall of Fame class of 2018 as part of the “Builder” category, which honors those who have made significant contributions to the sport.

He played 45 games in his NHL career for the Bruins, notching four goals and 10 assists.

Since 1998, O’Ree has worked for the NHL as a diversity ambassador.

GREEN BAY, Wis. — Aaron Rodgers made sure he’d play an NFC championship game at home for the first time in his Hall of Fame-caliber career. Rodgers threw two touchdown passes and also ran for a score as the top-seeded Green Bay Packers defeated the Los Angeles Rams 32-18 in an NFC divisional playoff game […]

Masters plans for a limited number of spectators in April

Some volume is returning to the Masters, just maybe not the head-turning roars. Augusta National Chairman Fred Ridley said Tuesday the club intends to allow a limited number of spectators for the Masters on April 8-11, provided it can be done safely, given the coronavirus pandemic. In other areas, the Masters in April will be […]

Coming into this season, the Colorado Buffaloes were loaded with question marks on offense. They lost the program’s all-time leading passer (Steven Montez) to the NFL and had almost no experience to fill that spot. They lost arguably the most gifted athlete the Buffs have had in 25 years (receiver Laviska Shenault) to the NFL. […]