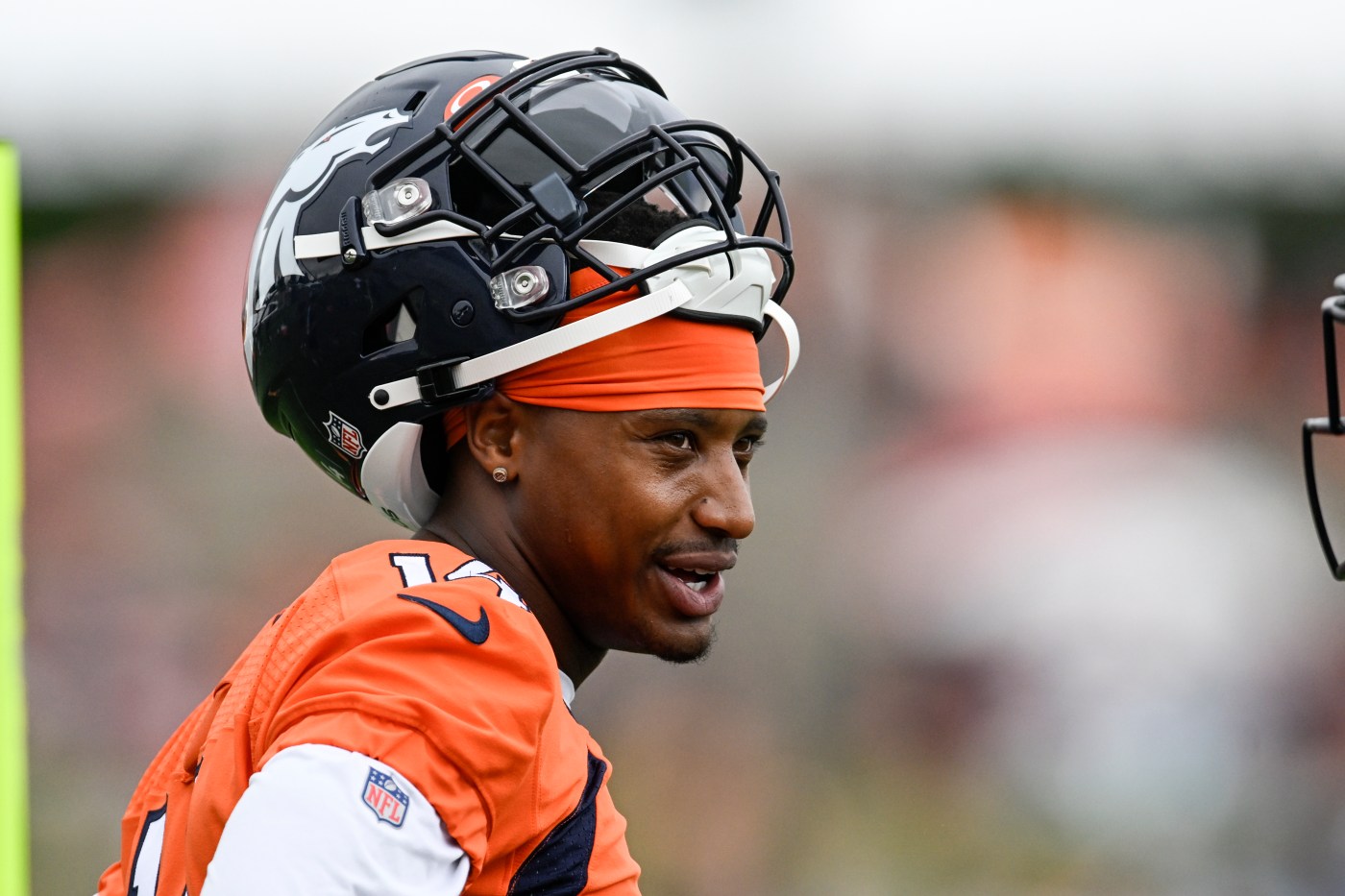 Jackson received the first veteran day off of camp and coach Nathaniel Hackett hopes Sterns (hip injection) is back for Saturday’s practice.

Hackett said Cleveland sustained cartilage damage in his throat, and “it’s a little bit unique. He’ll be fine and he’ll be back but because of the uniqueness of it, we want to make sure he’s good.”

Compton has missed all eight practices, Williams four practices, Cleveland and Jones three apiece, Hinton two, while Sterns, Jackson and Allen have all missed one.

S J.R. Reed (undisclosed) was unable to finish practice and S P.J. Locke had his left leg looked at by trainers but walked off the field.

WR Courtland Sutton showed off his jump-ball skills on a fourth-and-4 in the two-minute drill, leaping over CB Ronald Darby to snag a deep ball from QB Russell Wilson down the sideline.

“That was pretty cool,” Hackett said. “We had something we wanted to get to, but a little miscommunication and a different play happened and sometimes, that’s how great plays happen. Courtland ran a beautiful route, Russ did a great job, we had great protection up front and got the explosive (play).”

Two-minute offense. Wilson completed 4 of 6 passes during his first two-minute drill, including the fourth-down hookup with Sutton. A touchdown to WR Trey Quinn capped the first two-minute series near the end of practice.

DE DeShawn Williams. Williams had two likely sacks in the first four snaps of 11-on-11 work, although the second might have been debatable since Wilson scrambled and completed a pass on the play.

K Brandon McManus. He made all nine of his field-goal attempts, including one that appeared to be well beyond 60 yards.

False starts. The first-team offense had a pair of false starts in 11-on-11 work.

*Before practice, the Broncos signed WR Darrius Shepherd to take Tim Patrick’s roster spot. Shepherd worked for the team on Wednesday and has 14 games of NFL experience (six catches for 46 yards), all with Green Bay in 2019-20 when Hackett was the Packers’ offensive coordinator. Shepherd, 26, spent last year’s preseason with Kansas City and spent time during the regular season on the practice squads for Arizona, Minnesota and Pittsburgh.

Shepherd made a big play in first his opportunity, catching a downfield pass from QB Josh Johnson.

“It’s not a bad start to get adjusted being with the guys and them seeing what I can do,” Shepherd said. “It was cool to get here and make a play on the first day.”

Dylan Cease walked Marcus Semien with two outs in the second inning Friday night. That was the last Texas Rangers batter to reach against the Chicago White Sox starter, who retired the final 13 he faced. Cease allowed one run on two hits in six innings, Eloy Jiménez hit a go-ahead home run in the […]

Ravens veteran cornerback Marcus Peters, who missed the entire 2021 season with a torn ACL, and safety Ar’Darius Washington (foot) returned to practice Monday, trimming the number of players on the team’s physically-unable-to-perform list down to three. Peters passed his physical, participated in individual drills for an hour and worked with a trainer as he […]

Mike Lupica: It’s time for Gerrit Cole to start pitching like an ace

The Yankees paid Gerrit Cole $324 million to be one of Those Guys. Only he’s not, at least not so far. Cole is a big guy and obviously has a big arm. He has shown flashes when he does make you recall Buck Showalter’s definition of an ace: “You know one when you see one.” […]