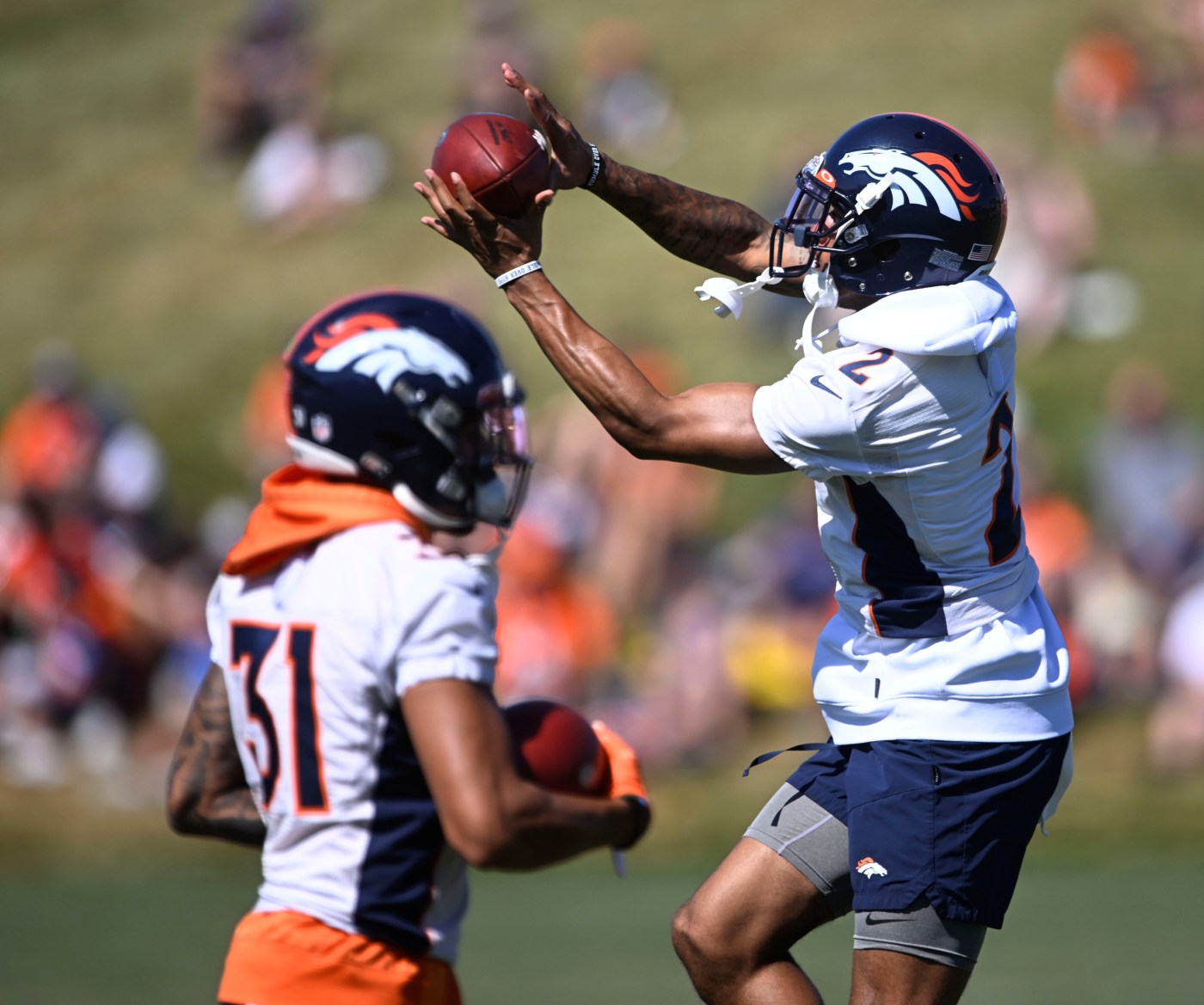 WR Courtland Sutton had his foot/ankle looked at early in 11-on-11, but returned to practice.

During red zone 11-on-11, QB Brett Rypien bought time from the 11-yard line and threw a pass that a diving WR Montrell Washington caught for a touchdown.

Practice tempo. The Broncos ran nearly 75 plays of 11-on-11 and there was only one pre-snap penalty (false start on the offense).

*The Broncos worked in full pads, their sixth consecutive day on the field. “I think we got a bunch out (of the week),” coach Nathaniel Hackett said. “Watching them be professionals on those recovery days and for me to continue to do that, you need to have a really good practice the next day in pads. There is a ton of efficiency. I plan a certain amount of times and they’re smoking through them.”

*Through 10 practices, which unit is ahead? “I would say defense, probably,” Hackett said. “Because of the carryover from last year (defensively) and those guys playing together and being around each other longer, it’s helped them. It’s an established, veteran unit. We’re doing everything we can offensively to make plays and continually learn.”

*Hackett said the offensive install is complete. “No new stuff now; they can just go out and play football.”

*Hurry-up offense recap. Wilson started at his 35-yard line with 1:42 remaining and no timeouts. He threw away under pressure on first down; two plays later, on third-and-5, Wilson found WR Brandon Johnson. Three plays later, Wilson threw high to WR Courtland Sutton in the back of the end zone. … QB Josh Johnson started with the same situation (own 35, 1:42 on the clock). Johnson completed his first six passes, including a fourth-and-3. … Both drives stalled and K Brandon McManus made two field goals.

“Two-minute is everything,” Hackett said. “You go back to most football games, there is something at the end of the first half or second half that decides the game.”

*DL McTelvin Agim and G Ben Braden were momentarily kicked off the practice field when they had the first dust-up of camp. Between periods, Hackett spoke to both players and they were allowed to resume work. “That happens,” Hackett said. “Kicked those guys off the field and in the end, that’s what happens in a game. I know it’s a …read more

NBA to retire No. 6 (Bill Russell), with Heat expected to retire it again (LeBron James)

The Miami Heat are about to find themselves in the unique position of retiring No. 6 and then, eventually, re-retiring that jersey. With the NBA on Thursday announcing the league-wide retirement of No. 6 in honor of the recent passing of legendary Boston Celtics championship center Bill Russell, the Heat eventually will have dual No. […]