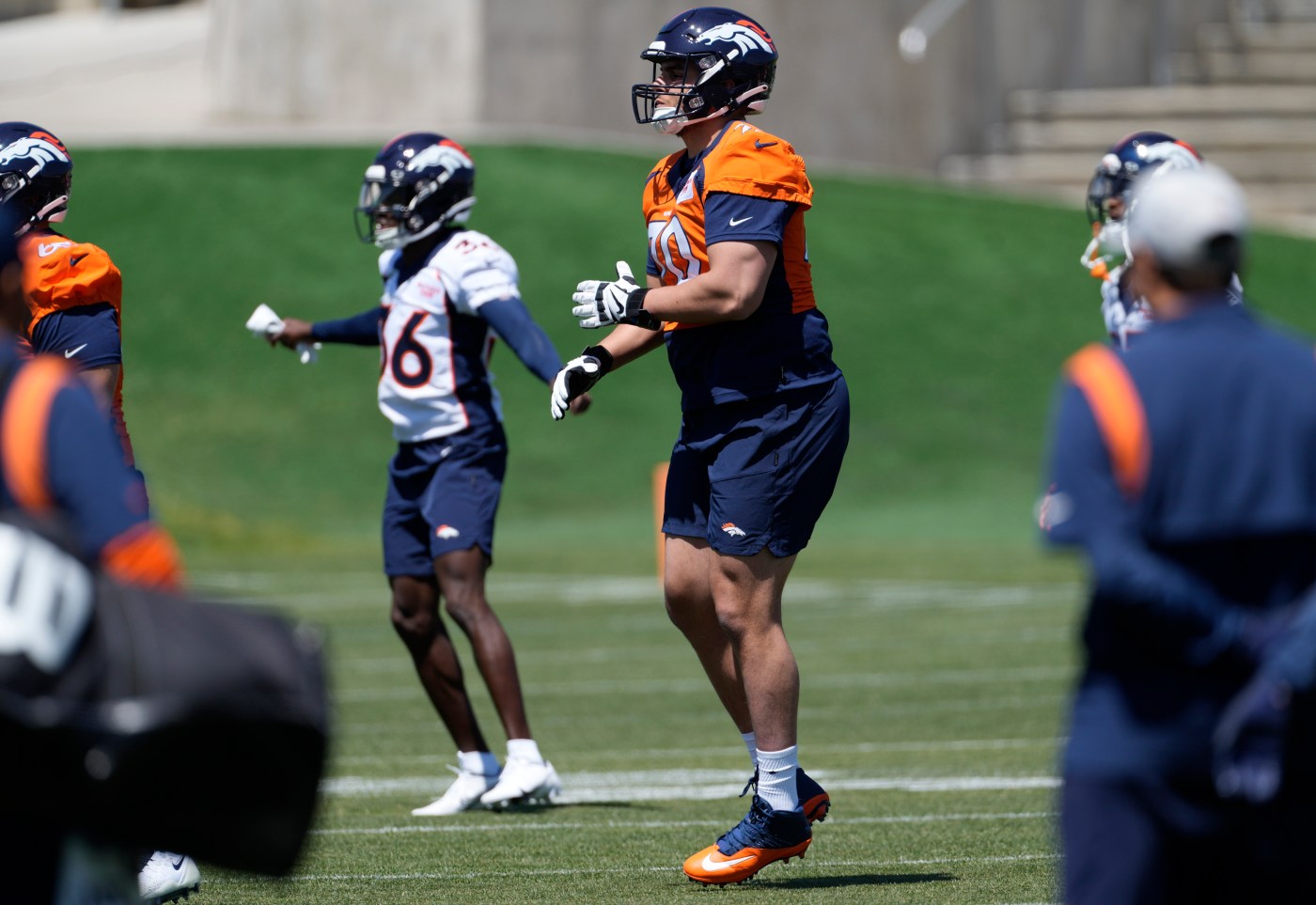 Having already succeeded in making the move from tight end to right tackle two years earlier, Sebastian Gutierrez was confident flipping over to left tackle would have a similar result.

But then Minot State, a Division II school in northwest North Dakota, traveled to play at  Augustana (S.D.) College in the 2021 season opener. All those practice reps during the 2020 season, when the Beavers’ season was cancelled by coronavirus? It didn’t compare.

“I’ll tell you what, the first game was definitely a struggle,” Gutierrez said in a phone interview talking about the 49-0 loss. “But after that, I think I was decent.”

The Broncos saw something more than decent when watching Gutierrez’s game tape, enough to sign him as an undrafted free agent ahead of this weekend’s rookie camp.

Gutierrez is the first Minot State player to join an NFL team since Randy Hedberg … in 1977.

Listed at 6-foot-6, 295, Gutierrez added 105 pounds during his college career.  The Broncos likely signed him as a nod to his experience in the outside zone running scheme and his pass protection.

“He’s very, very smooth and very in control,” said Danny Friend, Minot State’s offensive line coach last year and now an offensive quality control assistant at Indiana. “With his athleticism, he’s able to get himself out of bad positions quickly and once he gets his hands on somebody, they usually don’t go anywhere.”

To get somewhere in football, Gutierrez had to move 1,000 miles from home.

“I dismissed it (saying), ‘Minot is too far, I want to stay on the West Coast,’” he said. “But things happened and Minot offered more (scholarship) money, plain and simple. I never took a visit there. I ended up taking a huge leap of faith.”

Kickin’ It with Kiz: Which Broncos foe would be sweetest to beat: Drew Lock, Josh McDaniels or Patrick Mahomes?

Broncos’ Jerry Jeudy meets with coach Nathaniel Hackett upon release from jail: “We’re going to learn from it”

Suffice to say, there are no direct flights from Pasco to Minot, but United offers a leg with a layover in Denver. Gutierrez was off …read more

Bill Madden: There’s no trying in baseball as half the teams have no shot at competing for a World Series title

If there is one thing we’ve learned from the Yankees’ roughshod run through the first five weeks of the season — other than the fact they really are a very good team — it’s that there are far more “have-nots” in baseball than “haves” and this continues to be a real problem for the game. […]

The specter of COVID and illness continues to be a factor in the Eastern Conference final series between the Miami Heat and the Boston Celtics. A day after the Celtics big man Al Horford entered the NBA’s heath-and-safety protocols, Boston coach Ime Udoka was unavailable for his team’s Wednesday media session due to what the […]

PITTSBURGH — The waiting game continues for injured Rockies outfielder Kris Bryant. Bryant, 30, went back on the disabled list Wednesday with continuing soreness in his lower back. He said the way his back feels right now has forced him “to just go through the motions.” Bryant, who signed a seven-year, $172 million contract with […]