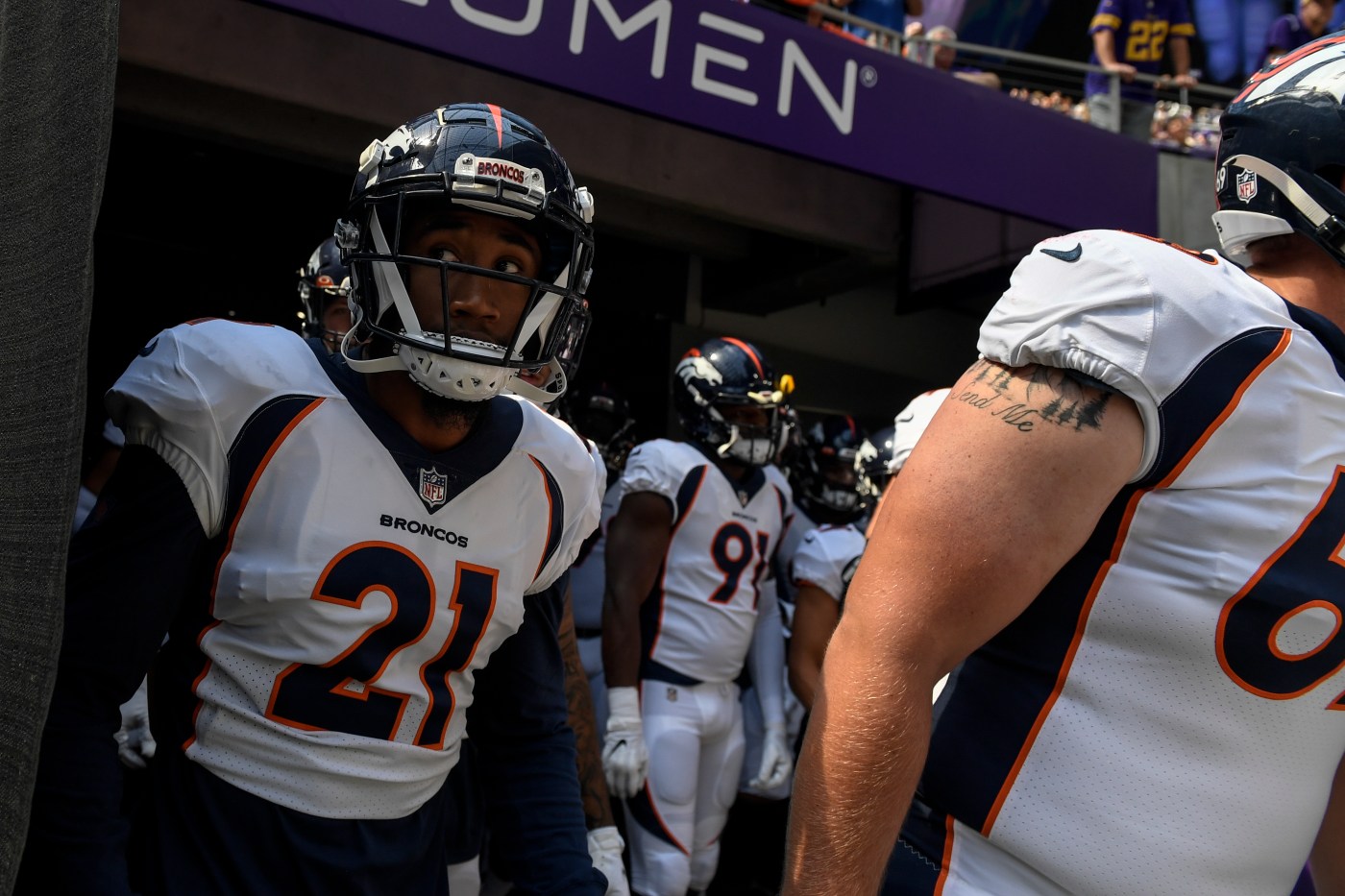 I think the Broncos are only missing a few parts to become contenders: Coach, offensive coordinator, defensive coordinator, special teams coordinator, quarterback, left tackle, center, new owner, tight end who can block and cornerbacks who are not two steps behind receivers. If I forgot something could you please remind me? Thank you.

This mailbag submission mostly reflects the replies to me on Twitter and emails sent my way during and after the loss to Pittsburgh.

Taking the list item-by-item would be a tall task, so I’ll only say the Broncos, to break their two-game losing streak, need better play from the quarterback (Teddy Bridgewater), left tackle (Garett Bolles) and the cornerbacks (Kyle Fuller specifically) and a tuned-up game plan from the coach/defensive play-caller (Vic Fangio) and offensive coordinator (Pat Shurmur) and one game without a major special teams gaffe.

Why do the Broncos arrive at an away game, like with Pittsburgh this week, so late on Saturday with an early scheduled game on Sunday?

This was a one-time situation because events in the Pittsburgh area limited the available hotels and also the meeting space at the hotel the Broncos were able to secure.

By coincidence, I stayed at the same hotel as the Broncos in Pittsburgh and I ran into players around 8 p.m. Saturday, a full 13 1/ 2 hours before the first set of buses left for the game. Not ideal, but not an excuse for falling behind 24-6, either.

Most of the time, the Broncos arrive in the visiting city in the late afternoon hours after a walk-through at their Englewood facility and a bus ride to the airport.

Why have there been so many injuries this year? It seems to be an inordinate amount this year that seems to go beyond simply “one of those things.”

All I can compare the Broncos’ current injury situation is to what it was last year after five games.

2020: Receiver Courtland Sutton, outside linebacker Von Miller, inside linebacker Justin Strnad and defensive end Jurrell Casey were on injured reserve and would not play.

This year: Receiver KJ Hamler and inside linebacker Josey Jewell have been ruled out for the year, but there is more attrition in terms of players who are expected to return – – cornerback Michael Ojemudia, receiver Jerry Jeudy, outside linebacker Bradley Chubb and running back Mike Boone.

I always look at the type of injury and if there is a rash of soft-tissue issues (calf, hamstring, etc.). Jeudy is a high ankle sprain and Chubb a bone chip removed from his ankle.

What’s up with the secondary? There’s a ton of money along with a top-10 draft pick (Pat Surtain II) invested in this group and they’ve seemed to struggle the last two weeks. …read more

Kiszla: It’s time for Broncos and Drew Lock to admit their relationship isn’t working out. Let him find happiness elsewhere.

Get well soon, Teddy Bridgewater. The last thing the Broncos want is for Drew Lock to play quarterback Sunday against Pittsburgh. In fact, if Lock ever starts at quarterback again for the Broncos, it might be too soon. With the NFL trade deadline looming in less than a month, this is not to suggest Denver […]

The Broncos started their quick turnaround from Sunday’s 34-24 loss to Las Vegas to Thursday night’s game at Cleveland by having the players off Monday. “We did that last year for our Thursday game (at the New York Jets) and (have) done it other places and it’s a schedule that I like and I think […]