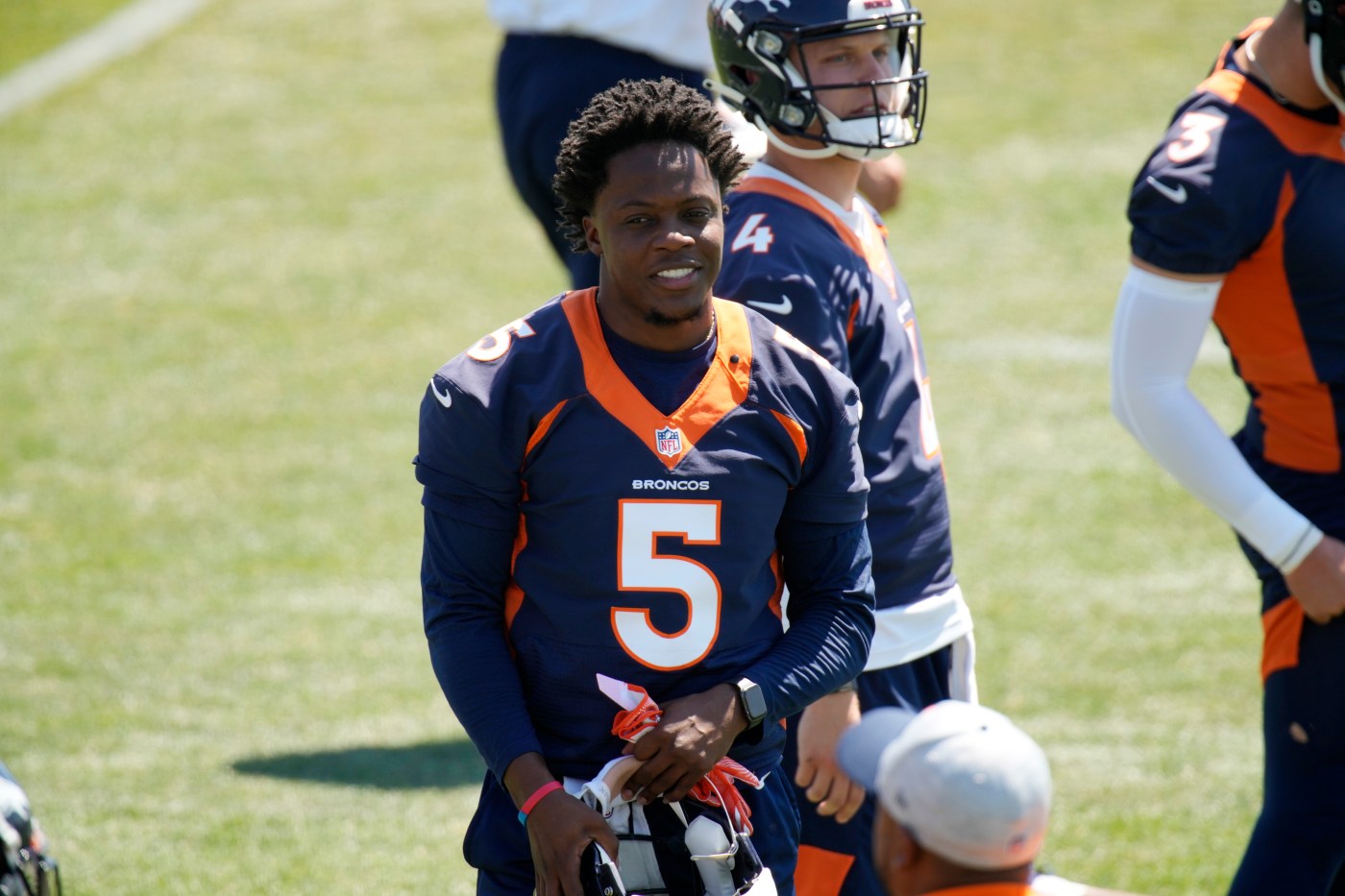 Ryan, let’s play future predictions. Who wins the most games for the Broncos at quarterback: Teddy Bridgewater, Drew Lock or Brett Rypien? Bonus: Over-under at 13 wins with Aaron Rodgers?

Most wins this year for the Broncos: Lock, but Bridgewater will also win at least two games as the starter this year.

Projected wins if they get Rodgers before Week 1: When the schedule came out in May, I predicted a 15-2 record with AR12 at the controls.

Do you think the Broncos are underrated entering the season? This is a top-class defense with crazy offensive weapons and at least a mid-tier quarterback. We’ve done well with similar tools in the past (2015). Is this a dark-horse Super Bowl contender or am I just smoking that offseason optimism?

The Broncos are being properly rated — middle-of-the-pack NFL team.

The quarterback position is just so much of an unknown, you can’t say, “Well, they have a playoff-ready roster outside of quarterback.” Well, that’s everything. The 2015 Broncos season is a pro football exception.

To your point, what does mid-tier quarterback play look like? Touchdown-to-interception ratio of 2-to-1? One guy seizes the job and starts all 17 games? I agree this defense has the potential to be top-class and the weapons on offense should invite optimism. But until the Broncos get consistent quarterback play from whoever, I don’t see them as a playoff contender.

Broncos LB Preview: All eyes on Von Miller after missing 2020 with ankle injury

Kiszla: The quarterback that can lead Broncos back to Super Bowl? More than Aaron Rodgers, team needs Peyton Manning.

With the number of quality receivers we have, someone is bound to be on the short end of the stick when it comes to targets. I can’t imagine it’ll be Courtland Sutton or Noah Fant. So, of the other three receivers — KJ Hamler, Tim Patrick and Jerry Jeudy — who do you think will be the one who’s going to demand more balls thrown his way first?

If the Broncos’ offense is playing well and the team is winning games, the hue and cry from a receiver not …read more

Avalanche captain Gabe Landeskog has re-signed with the club for eight years and $56 million, a league source confirmed late Tuesday night. The Avs’ 10th-year player and nine-year captain was scheduled to become an unrestricted free agent at 10 p.m. MT. The new deal came through around 9:38 p.m. Landeskog, 28, has played all of […]

The new Northern Colorado soccer club based out of Windsor has a name, and it’s something Front Range residents are well acquainted with. After seeking community input, the USL League One expansion team announced its decision to brand itself Northern Colorado Hailstorm FC ahead of its inaugural season in 2022. Designer Christopher Payne, who is […]

MORRISON — Defending series champion Matt Hagan raced to his first victory at Bandimere Speedway, beating Alexis DeJoria in the Funny Car final Sunday in the Mile-High NHRA Nationals. Hagan beat DeJoria with a 4.105-second pass at 305.70 mph in a Dodge Charger SRT Hellcat Redeye for his first victory of the year and 37th […]