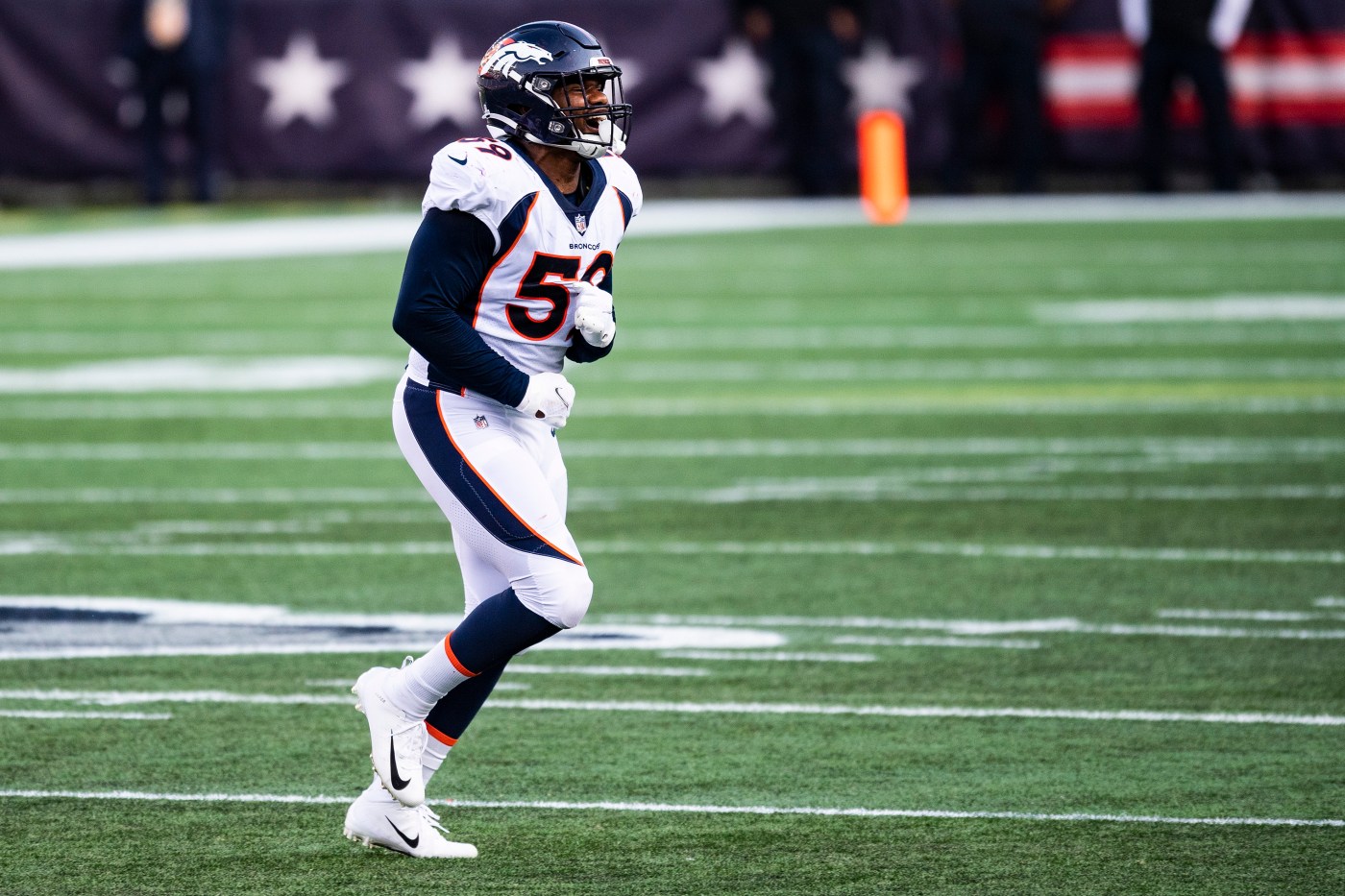 Brandon McManus, Broncos K — Some people perform better on a contract year. Others do so with piece of mind. Brandon McManus is very much the latter. Given a contract extension at the start of this season, the veteran kicker has been nothing short of brilliant, with Sunday’s 6-for-6 effort (including kicks of 54 and 52 yards) his latest masterwork. The only regret? Coach Vic Fangio not giving him a shot from 58.

Malik Reed, Broncos OLB — We saw glimpses of this during the 2019 preseason. But back then, the “Dream Killer” was racking up sacks and QB hits against the backups. On Sunday, the second-year outside linebacker did it during winning time, sacking Cam Newton twice in the second half, the last one coming with the Pats driving at the Broncos’ 24-yard line with 1:09 left. Two plays later, game over.

Shelby Harris, Broncos DE — Two games after losing defensive end Jurrell Casey for the season, the Denver defensive line is just fine. Give Shelby Harris a fair amount of credit for that. The 29-year-old veteran was all over the field Sunday with three tackles, a quarterback hit and two more pass deflections — the first one hauled in by DeShawn Williams for an incredible acrobatic interception.

Drew Lock, Broncos QB — Love the aggression, Drew. All those throws down the field? The deep shots? Let’s do more of that. But, maybe, just maybe, rein it in a tad with a double-digit lead in the fourth quarter. Congrats on being the second straight Broncos starting quarterback to win a game despite throwing a pair of picks in the final 15 minutes. Let’s just not make a habit of it.

Broncos up-down drill: Highs and lows for Denver against the Patriots

Broncos pass catchers — In Lock’s defense, he had at least two, possibly three passes that should’ve been caught for touchdowns. College buddy Albert Okwuegbunam was responsible for a pair of them. Although, if we’re being fair, one of those drops was a solid defensive play by the Pats’ defensive back. If not for Tim Patrick’s second straight head turner (four receptions, 101 yards), things might not have ended so rosy Sunday.

ATLANTA — The Atlanta Falcons shut their facility Thursday following one new positive test for COVID-19. The team remains scheduled to play at Minnesota on Sunday. Defensive tackle Marlon Davidson was placed on the COVID-19/reserve list this week, and the addition of a second unidentified person caused the Falcons to act out of caution. All […]

As the Broncos take on New England on Sunday looking for their second win of the season, they’ll enter a stadium where they haven’t had any recent success. Denver has lost five straight road games to the Patriots, with the Broncos’ last win in Foxborough coming via a 17-7 triumph on Sept. 24, 2006. In […]

Kiszla: Drew Lock talks like gunslinger, but produces like game manager. That won’t cut it for Broncos in heated AFC West arms race.

The Broncos want to be taken seriously as a legit NFL playoff contender. They want to be heard in the national conversation other than the 60 seconds when our old buddy Peyton Manning is doing a TV commercial. Young quarterback Drew Lock wants us to hop on this orange-and-blue bus because he insists: “I truly […]