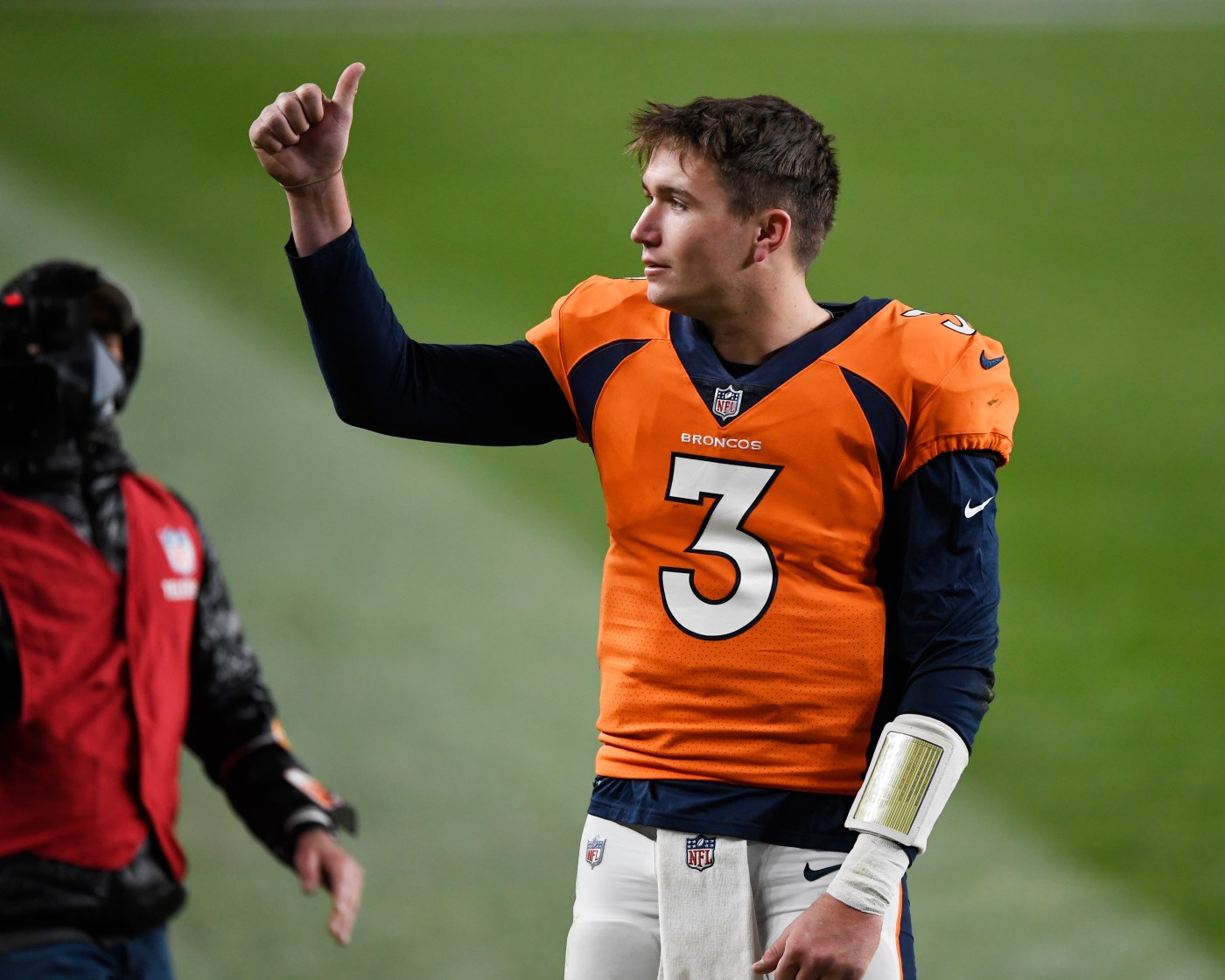 Analysis from the Broncos’ 20-13 win over the Dolphins on Sunday at Empower Field at Mile High.

Justin Simmons — The safety continued to make his Pro Bowl case with another big game Sunday, which culminated with an interception of Ryan Fitzpatrick in the end zone on Miami’s final drive to preserve the Broncos’ 20-13 win. Simmons also had an interception wiped out in the first half due to a questionable holding penalty on A.J. Bouye. Simmons finished with a team-high seven tackles, including six solo, as well as two passes defensed. He now has four picks in 2020.

Malik Reed — Like the rest of the Broncos’ 3-4 front, Reed turned in a monster game as Denver tied a season-high with six sacks overall. The second-year outside linebacker, who continues to assert himself as an every-down NFL player after going undrafted out of Nevada last year, finished with 1.5 sacks for 12 yards plus three quarterback hits, two tackles for loss and six tackles overall. Reed is not Von Miller alongside Bradley Chubb, but he certainly is an above-grade replacement.

Broncos offensive line — The unit that’s been the subject of much critique this season — especially over the past two weeks as Denver suffered decisive road defeats — pulled more than its weight Sunday. The Broncos set a season-high with 189 rushing yards, and in the second half, the likes of Garett Bolles and Dalton Risner were pulling to perfection as the offense settled in. The Broncos also didn’t allow a sack for the third time this year.

Broncos up-down drill: Highs and lows for Denver against the Dolphins

Broncos hold on for gritty win against Dolphins as defense shows up, run game posts season-high

Melvin Gordon — Yes, Gordon did lead the team with 84 yards on 15 carries, including two touchdown runs. But his fumble at the Miami 1-yard line with 5:13 to play, which set the Dolphins up for a potential game-tying touchdown drive, is inexcusable. All the Broncos needed was a field goal on that drive to ice the game, but instead, Gordon’s blunder put the Broncos in position to blow another game. Simmons’ pick averted that, but Gordon has to take better care of the ball: He now has four fumbles in 141 total touches with Denver.

Broncos game balls and gassers: Quarterbacks set Denver up to get pummeled, while offensive line couldn’t pick up the slack

Analysis from the Broncos’ 31-3 loss to the Saints on Sunday at Empower Field at Mile High. Game Balls Brandon McManus — McManus was the Broncos’ lone offensive bright spot with his 58-yard field goal in the third quarter. Amid a Pro Bowl-worthy season that’s seen him surpass Matt Prater for the team’s all-time field […]

Nuggets president Tim Connelly swore he drafted for talent, not need,  Wednesday night. Lucky for the Nuggets, those two roads converged with the No. 22 pick. Connelly and his staff, including coach Michael Malone, waited patiently inside their war room before it became obvious that at least one of their targets was going to slip. […]