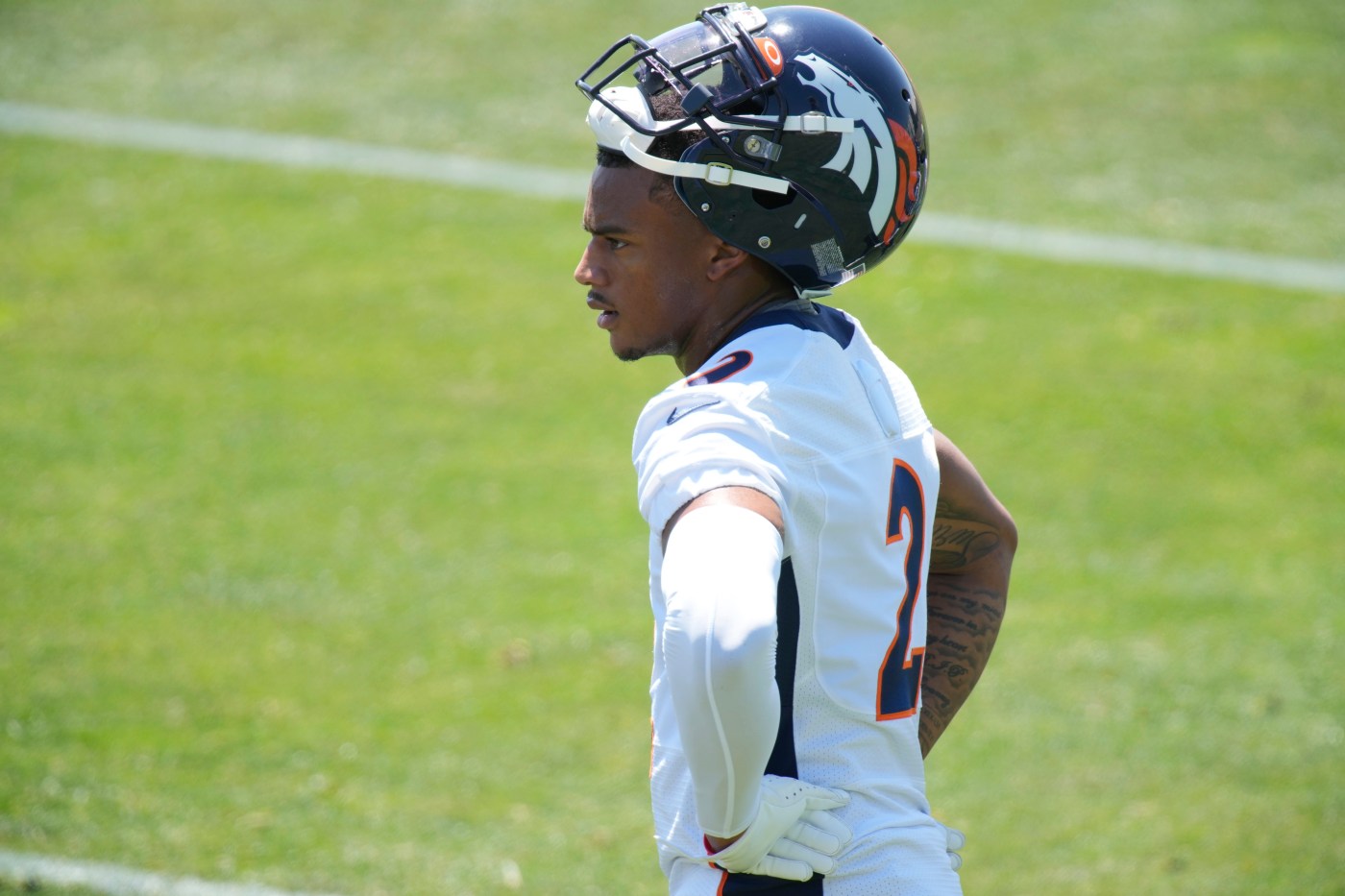 Editor’s note: Seventh in a series previewing each Broncos position group entering the start of training camp on Tuesday.

When the Broncos lost to Las Vegas in last season’s finale, Michael Ojemudia and Parnell Motley played all 67 defensive snaps and Will Parks saw 53 plays of work.

Translation: Something needed to be done to address a cornerback position riddled by injuries, suspension and ineffectiveness and new general manager George Paton went to work.

The three cornerbacks from the Raiders game? Ojemudia will start camp at No. 4 or 5 on the depth chart, Motley faces a tough climb to make the roster and Parks is in Kansas City.

“(The front office) went out and hit the ground running to dress up our whole secondary and give us great depth,” defensive coordinator Ed Donatell said. “We’re delighted to have some veteran cornerbacks (Fuller/Darby) and then a Top 10 pick (Surtain).”

The new cornerbacks join the formidable safety duo of Justin Simmons and Kareem Jackson. Simmons is the game’s highest-paid safety in terms of average salary ($15.25 million) and Jackson was re-signed shortly after his contract option was declined.

Simmons has played every defensive snap the last three years and totaled 97, 93 and 96 tackles and a combined 12 interceptions. Franchise tagged for the second consecutive offseason, he signed a four-year, $61 million contract in March.

Jackson was released with one season remaining on a three-year, $33 million deal, but after testing the free-agent market, returned on a one-year, $5 million contract.

Callahan was playing well until a foot injury shut him down in early December. The cornerback additions will likely move him into a full-time nickel role.

Ojemudia missed a team-high 15 tackles and, well, if he’s playing a lot this year, it’s because the position group has again been decimated by injuries.

Locke and Marshall could be fighting for one roster spot as a reserve safety/special teams ace.

Ganja meets asanas: Where to take a cannabis yoga class in Denver

Before the pandemic, the wellness industry was on the verge of becoming the largest “consumer spending opportunity in decades,” according to the U.S. Chamber of Commerce. Although in-person gyms and fitness classes faced closures and devastation during the pandemic, other fitness opportunities arose, including a renewed interest in online fitness classes. Likewise, Denver’s health and […]

Kiszla: U.S. swimmer Katie Ledecky is a six-time Olympic champ, but can we stop calling her the GOAT?

TOKYO — Katie Ledecky is a bona fide American sports hero and a six-time Olympic champion, graceful in victory or defeat. But can we stop calling Ledecky the GOAT so often that the term begins to haunt her? Her swim for gold in the first-ever 1,500-meter freestyle stage for women at the Olympics was as peaceful […]

SEATTLE — Richard Sherman’s father-in-law armed himself with a handgun and fired pepper-spray at the NFL cornerback to protect his family as Sherman tried to bust in the door of his in-laws’ home, according to a police statement obtained by The Associated Press. Sherman was arrested early Wednesday after police said he crashed his car […]