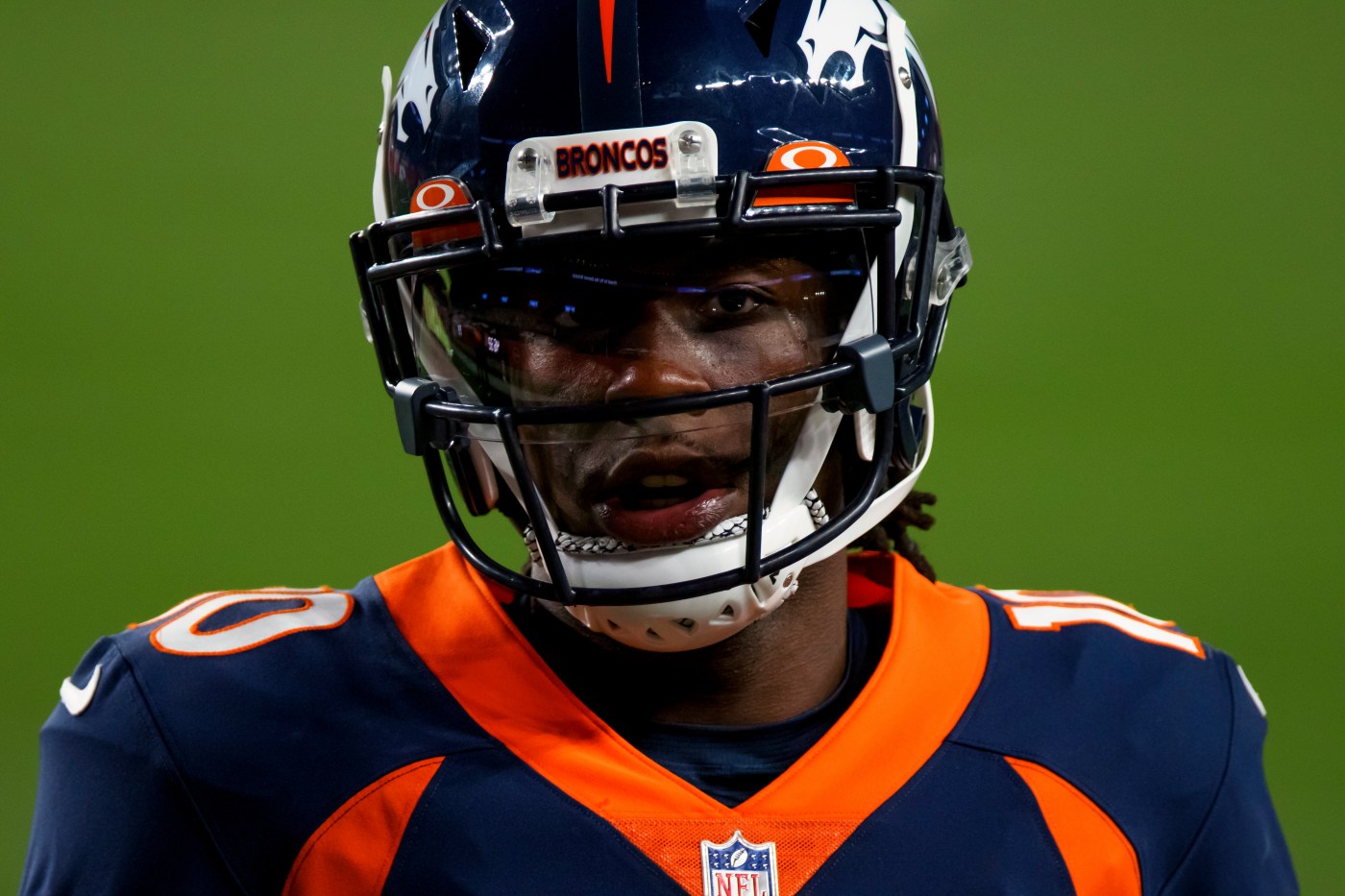 Jeudy had two drops in Monday’s 16-14 loss to Tennessee, spoiling his NFL debut.

“Those are plays I make usually,” he said before practice Wednesday. “It just seemed worse because it was my first game. Those two dropped passes made it seem like I was nervous. That wasn’t the case. It was just not concentrating on the ball and trying to make a play (before) the catch.”

Jeudy’s second drop was particularly critical — in the fourth quarter and the Broncos leading 14-13.

“I felt like I failed my team on those two plays,” he said. “Me learning from that and just going out there and practicing and really focusing on catching the ball and on the little details of catching the ball is really going to help me. Those two drops (will) probably help me on not dropping passes for the whole season.”

Jeudy caught five passes for 56 yards against the Titans.

Bouye headed to IR. Cornerback A.J. Bouye (shoulder) was placed on injured reserve, meaning he will miss a minimum of three games. Teams are allowed to bring an unlimited number of players back from injured reserve this year (the previous limit was two) after they sit out three weeks.

The Broncos will roll with rookies Michael Ojemudia and Essang Bassey as the Nos. 2-3 cornerbacks behind Bryce Callahan at Pittsburgh on Sunday. The team promoted De’Vante Bausby from the practice squad.

Running back Phillip Lindsay (turf toe) did not practice and coach Vic Fangio said he is “not sure of his status for the game yet.” Also not practicing were safety Kareem Jackson (day off) and inside linebacker Mark Barron (hamstring).

“I definitely missed some deeper shots that I could have connected on,” he said. “It just goes back to making the simple plays and to me, a deep shot should be a simple play — it’s a 1-on-1 match-up.”

According to The Denver Post’s game charting, Lock was 0 of 5 on passes that traveled at least 16 yards in the air.

The incompletions in air yards were 35 (Jeudy), 40 (receiver Tim Patrick), 26 (Jeudy), 42 (receiver DaeSean Hamilton) and 32 (tight end Noah Fant). The big miss was Hamilton on the second-to-last possession. He got a step on cornerback Malcolm Butler, but Lock overthrew Hamilton for a should-have-been touchdown.

Hall candidates announced. The Pro Football Hall of Fame unveiled its 130-player modern-era candidates for the Class of 2021.

The field will be cut to 25 …read more

Bay Area TV Sports: What to watch this weekend

College football kicked off last weekend in Division I’s bowl subdivision, albeit with a slimmer serving of games due to the coronavirus pandemic. Two scheduled games — Jacksonville State vs. FIU and Rice vs. Houston — were postponed due to virus concerns, though both delays were announced in mid-August. The first slate of games was […]

Dwight Anderson was a flesh-and-blood video game. He averaged 38 points at Roth High in Dayton, Ohio, and his games became too big for the gym. Isiah Thomas called him “Michael Jordan before Michael Jordan.” But when Anderson sought quiet time, he played Pong, the amazing breakthrough of the late 70s, a leisurely antique today. […]