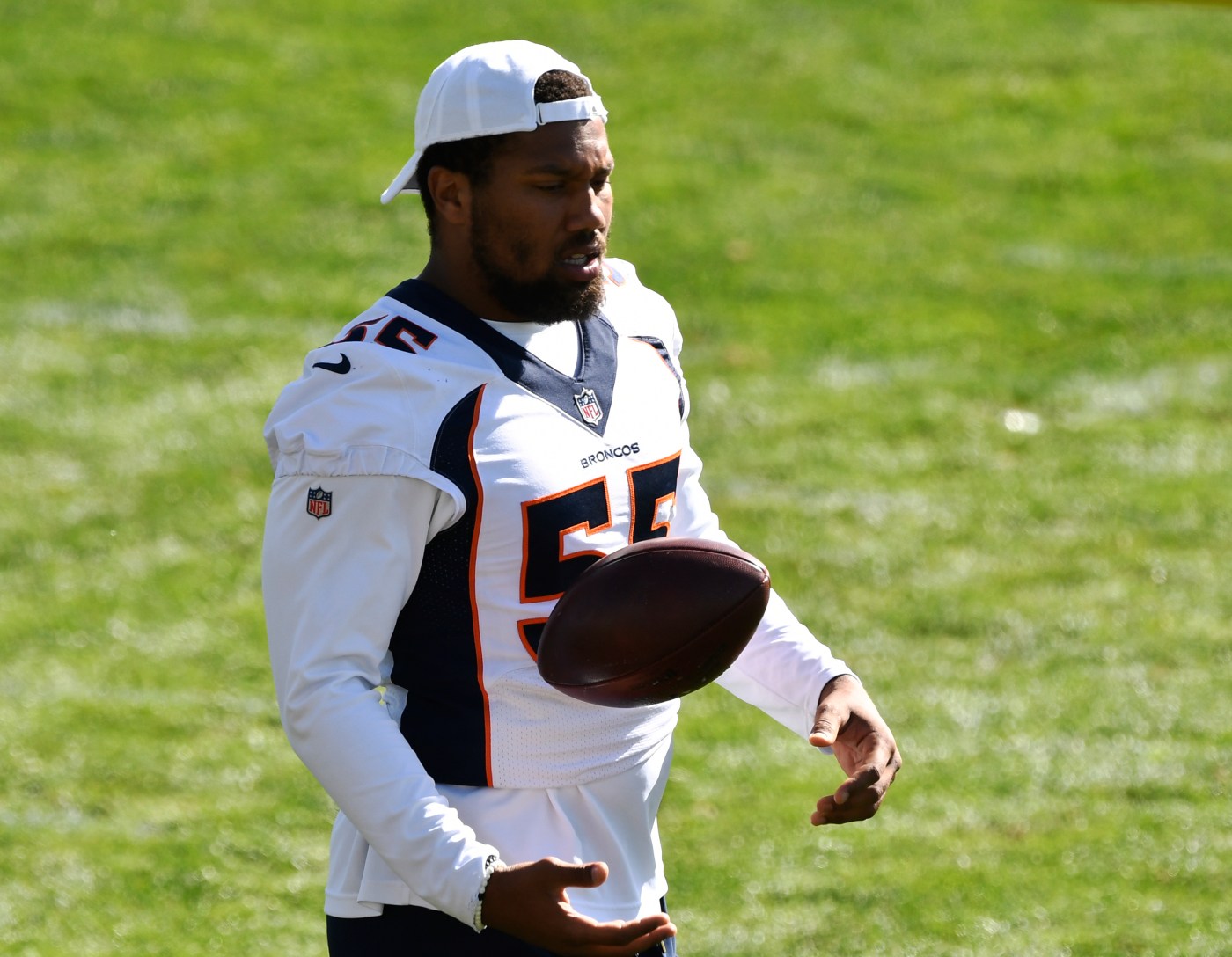 Broncos outside linebacker Bradley Chubb went through a second consecutive full practice Saturday and will play Monday night against Tennessee, his first game since tearing his left ACL last September.

Chubb was shut down Aug. 29 to rest his knee and was limited in practice Tuesday and Wednesday.

“It was pretty much a little tendinitis,” he said. “I took a little rest and had some downtime and a lot of recovery in the training room. I tried not to do too much on it — let it calm down and I feel like it’s back to normal.”

Chubb said he and coach Vic Fangio haven’t spent much time discussing a limit on his playing time against the Titans.

“We didn’t talk too much about specific numbers,” Chubb said. “It’s going to be how I feel out there and playing in an actual game, it’s going to be a little slow at first. I feel body-wise, it’s probably the best I’ve felt during this recovery progress.”

Said Fangio: “He hit a pothole or two, which is to be expected, but he’s in a good spot now. I think once he starts playing, he won’t be as good as he will be two, three, four weeks from now.”

Chubb’s availability is even more important after outside linebacker Von Miller injured his ankle in Tuesday’s practice and underwent surgery Friday.

“I have to pick up the slack of him not being here and we all have to step up and fill that void for this team,” Chubb said.

Sutton questionable. The Broncos ruled out Miller (who remains on the 53-man roster) and inside linebacker Mark Barron (hamstring). Receivers Courtland Sutton (shoulder) and KJ Hamler (hamstring) are questionable.

Sutton was injured early in Thursday’s practice and sat out Friday and Saturday.

What does Sutton need to show to be active?

Fangio said Hamler “probably won’t be (active), but there’s an outside chance.”

A league source said the Broncos had an “exploratory” chat with Wake’s camp, but a contract offer was not extended. Wake has 100 1/2 sacks in 155 games.

Keeler: The Broncos are back. And this one’s for the fans — doctors, nurses, firefighters — who are the real MVPs of 2020.

Reggie Miller on Nuggets-Lakers: “Don’t go to sleep on the Denver Nuggets. Don’t. Do not do it.”

Reggie Miller’s head says the NBA’s Western Conference Finals are LeBron’s to lose. But his heart? Man, after watching the Nuggets for the last three weeks, his heart’s about a mile high right now. “The Lakers are the clear-cut favorite, because they’re the Lakers and they’ve got the best player of their generation in LeBron […]

What’s next for Broncos minus Von Miller? Some names to consider

When the Broncos report to the facility Wednesday morning, they will likely begin life without outside linebacker Von Miller, whose ankle injury late in Tuesday’s practice is expected to cost him the entire season. Miller’s injury is doubly important because Bradley Chubb (ACL) has not practiced fully since Aug. 28. The Broncos have expressed optimism […]

Rockies Mailbag: Bullpen needs to rebound if there is any hope for Rocktober

Denver Post sports writer Patrick Saunders with the latest installment of his Rockies Mailbag. Pose a Rockies — or MLB — related question for the Rockies Mailbag. Patrick, thanks for all of your coverage of the Rockies in such a weird year. You’ve done a great job adjusting to this year’s “normal.” My questions fall on […]