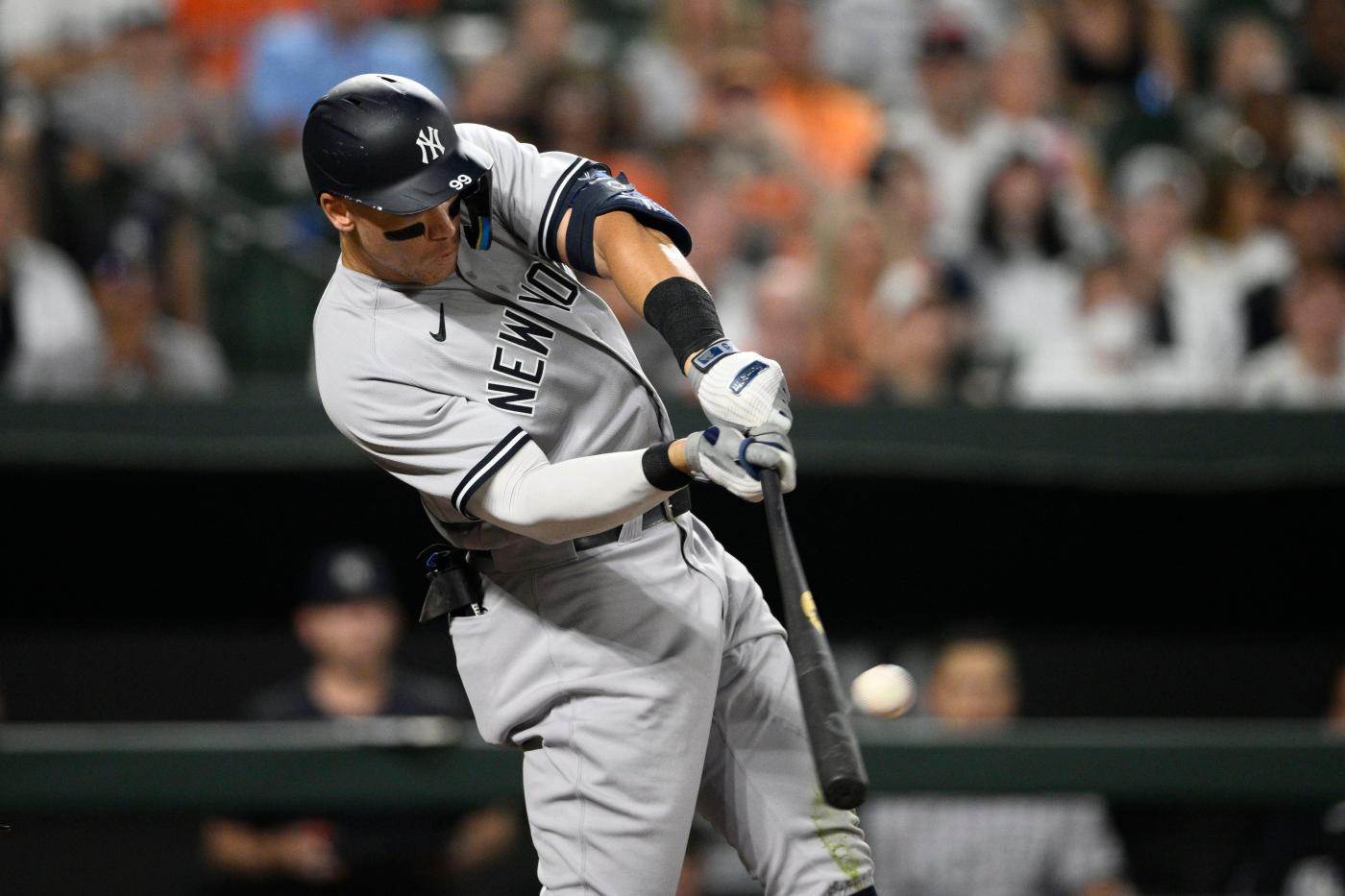 With just under two months left in the regular season, Rob Manfred, and his cohorts, should pump their hype accelerator to the floor, making every Aaron Judge at-bat appointment television for a national audience.

If MLB and its commish cannot make that happen, the suits will be guilty of turning a red-hot opportunity into an ice sculpture.

As Judge challenges Roger Maris’ historic single-season Yankees record of 61 dingers, the last “clean” HR seasonal milestone, the opportunity is there for Judge to become MLB’s high-profile ambassador to more casual eyeballs, along with new, younger, fans in search of long-ball thrills.

The Yankees Entertainment & Sports Network has already been doing some heavy hyping with its not-so-subtle Judge Home Run Chase spots. And during the games YES carnival barkers, er, voices have made viewers aware of what’s going on. That’s to be expected. And with the hardcore Bombers loyalists already regularly tuning into YES in large numbers, Judge’s HR chase won’t drastically expand Al Yankzeera’s viewership.

That’s why MLB needs to find ways for Judge to expand its national reach. Baseball should go farther than relying on its own network (MLBN) to air live cut-ins of Judge at-bats. Those tuned into MLBN are watching most nights anyway. In order to expand viewership, MLB should ”encourage” its national linear TV partners (Fox, ESPN, Turner) to air as many Yankee games as possible in August and September.

Manfred wouldn’t try hiding Judge’s HR quest by selling more Yankee games to streaming services like Amazon Prime, Apple TV or Peacock, would he? Would he really put money ahead of growing the game? Are you laughing yet?

Nonetheless, if necessary, MLB and its national linear TV partners should waive the maximum appearances rule in their contract to allow bonus Bombers games to air. Imagine the size of the viewership if Judge has tied Maris and goes into the last day of the Yankees season with the game televised to a national audience? All these outlets covet “event” TV. Judge trying to break Maris’ record with the season running out fits that category.

Chronicling Judge will also provide some much-needed electricity going into October. With the Yankees on track to be a playoff participant, the story of Judge will continue. It should provide some ratings momentum for a sport that needs it.

The other story filtering through Judge’s HR escapades, is the slugger’s contractual situation. In April, Judge turned down a seven-year, $230 million contract extension. He gambled on himself and, up to this point, has won the bet. That part of the plot brings a human element to the story.

Seven years ago, Manfred said Judge is a player “who can become the face of the game.”

Now, Judge, with an assist from MLB’s TV partners, can make that happen.

There’s something to be said for restraint.

The YES crew could have used some Wednesday afternoon after it took exception to a third-strike call by home plate umpire C.B. Bucknor (Mariners-Yankees). The call was highly debatable. YES analyst Paul O’Neill pointed that out. Fine.

After Roquan Smith requests a trade, Chicago Bears GM Ryan Poles says his ‘intentions are to sign Roquan to this team’

A few hours after Roquan Smith released a statement saying he requested a trade from the Chicago Bears, he watched Tuesday’s Family Fest practice from the sideline at Soldier Field. General manager Ryan Poles took in the practice just 35 yards away from his star linebacker. But the two apparently remain a greater distance apart […]

Erik Ezukanma began training camp at a whisper’s tone, but as practices have commenced the Miami Dolphins rookie receiver is beginning to scream for attention. Ezukanma, a former Texas Tech standout the Dolphins selected in the fourth round of the 2022 NFL draft, has been making at least one head-nodding catch per day the past […]