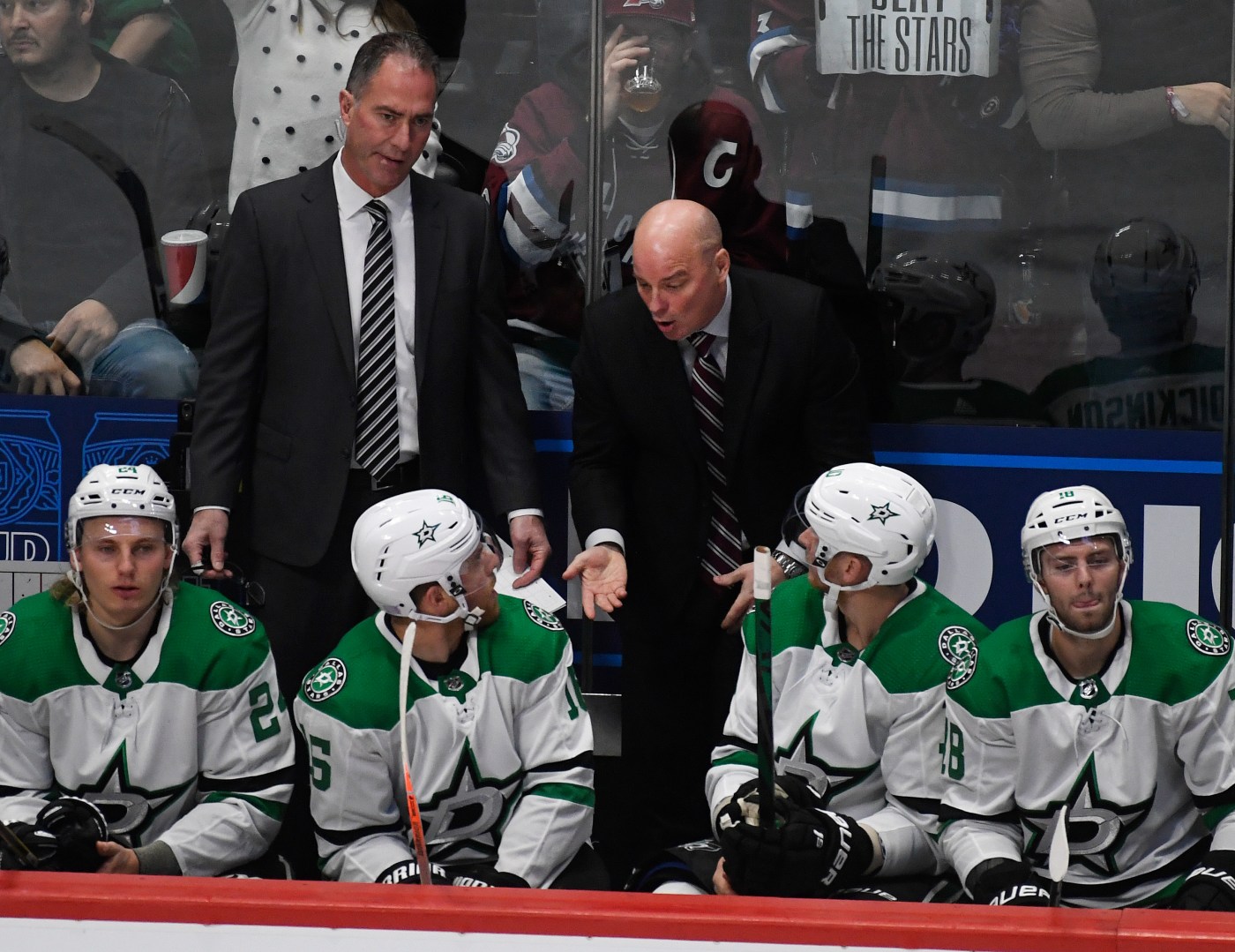 Jim Montgomery is getting a second chance to coach in the NHL after being hired by the St. Louis Blues as an assistant coach less than a year since he was fired by the Dallas Stars for unprofessional conduct.

Montgomery was fired in December, 32 games into his second season as Stars coach, for what general manager Jim Nill said was behavior inconsistent with “core values and beliefs of the Dallas Stars and the National Hockey League.” The 51-year-old on Wednesday said he has been sober for over nine months now.

“Sometimes it takes an unbearable consequence in your life to happen to have an unbelievable breakthrough, and that’s the way I look at it,” Montgomery said in a video interview conducted by the Blues. “I’m just very thankful for what happened because now I’m a much better person every day and obviously a better husband, father and son.”

The Stars replaced him in December with interim coach Rick Bowness and are now in the Stanley Cup Final. Montgomery said he’s wishing them the best of luck “because I’m not with them because of my own actions.”

Montgomery said he and his family are very grateful to owner Tom Stillman, general manager Doug Armstrong and coach Craig Berube for this opportunity. His Stars lost in the second round of the 2019 playoffs to Berube’s Blues, who went on to win the Cup.

“Jim has won at every level he has coached at, and we look forward to him being a valuable addition to our team,” Armstrong said in a statement.

Montgomery fills the spot vacated by Marc Savard, who stepped away from coaching after one season to return to his family in Canada. He had already moved to St. Louis with his wife and four young children over the summer for a better family life.

“Fate would have it, an opportunity opened up with the Blues and we’re just ecstatic as a family,” Montgomery said.

This is Montgomery’s first NHL assistant coaching job. After a playing career as a center that began with St. Louis in the mid-1990s, Montgomery went behind the bench, winning two championships with the Dubuque Fighting Saints of the United States Hockey League and a national title during one of his five seasons at the University of Denver before the Stars hired him.

Montgomery was considered one of the next big coaching stars at the time and got Dallas to the playoffs in his first season there. Upon firing Montgomery 10 months ago, Nill called it a very tough decision.

“I have got a lot of respect for Jim Montgomery,” Nill said. “He’s a very good coach. And unfortunately, you know, sometimes in life, the hardest decisions are the toughest. And this is one of them.”

It worked out well for the Stars after Nill had to make another tough decision who would take over among Bowness, John Stevens and Todd Nelson, who had all been NHL head coaches before. After learning of Montgomery’s conduct, Nill didn’t have much time to make that decision.

“I just had to decide who …read more

LAKE BUENA VISTA, Fla. – It’s been nearly a month since Nuggets wing Will Barton left the “bubble” to continue rehabilitation of his right knee, and there remains “no timetable” for his return, president of basketball operations Tim Connelly told The Denver Post. Barton left on Aug. 19th in search of a second opinion due […]

The Nuggets live somewhere between the brink and a prayer. Their idea of fun? Dancing on a knife’s edge. Without a net. Or so much as a first-aid kit. Kids, do not try this at home. “You guys count us out — not you guys, but other media — count us out everywhere, all the […]