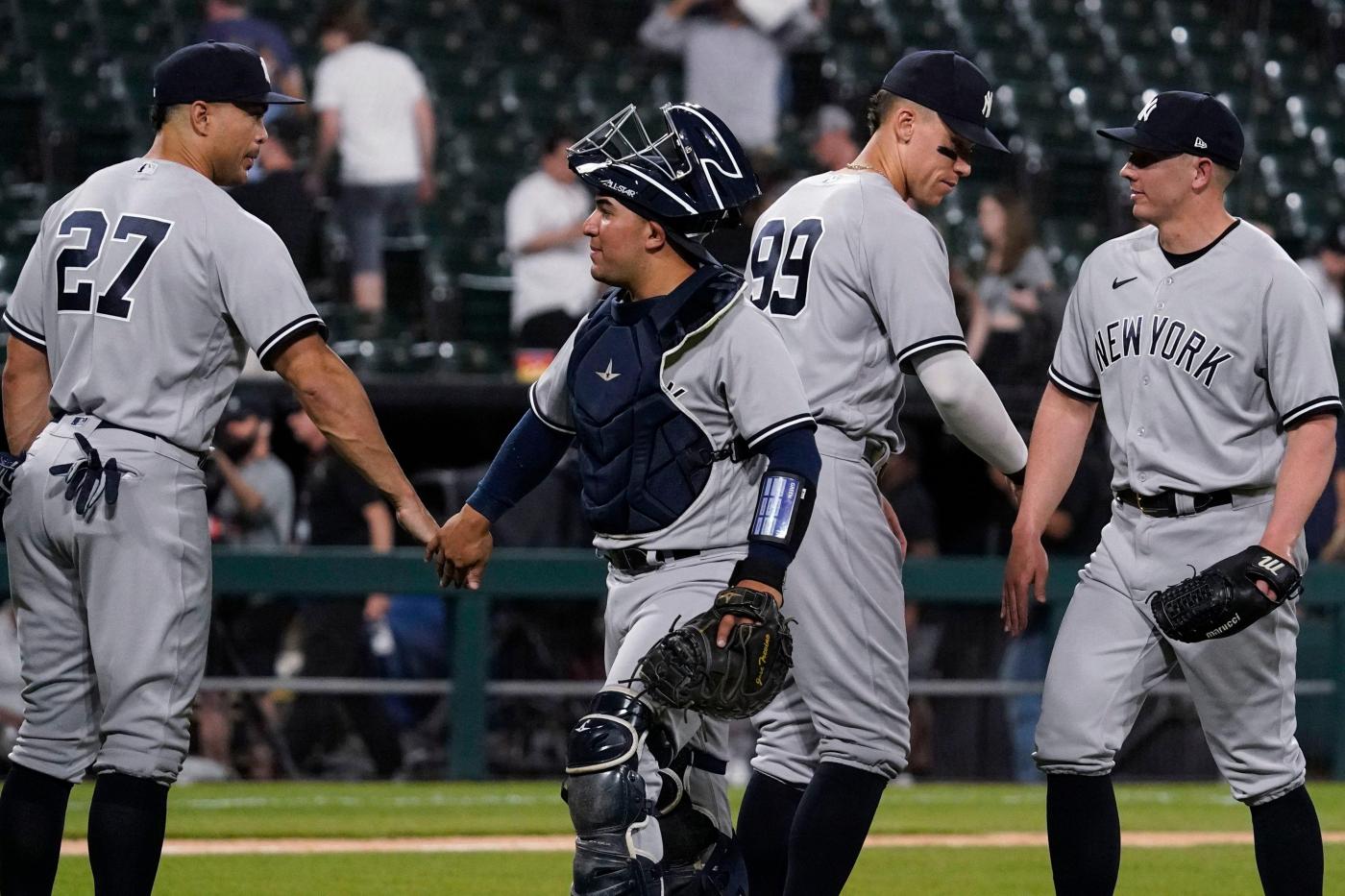 They continue to demonstrate the consummate home run or bust offense and have so far shown just marginal improvement in their base-running acumen which last year was among the sloppiest in the game. And yet there can be no mistaking this is a vastly better Yankee team than last season. A team that went into the weekend boasting the best record in baseball, and if you’re wondering why, well, there are numerous factors that cannot be denied.

Going into the weekend, the Yankees’ overall 2.75 team ERA ranked third in baseball, their 2.51 bullpen ERA second. Most impressive, however, has been the uncanny consistency of their starting pitchers. After April 21, when the Yankees were 7-6, Gerrit Cole, Nestor Cortes, Jameson Taillon and Jordan Montgomery all made four starts apiece — 16 in all — and in none of them did they give up more than two earned runs. The lone exception in the rotation was Luis Severino, who gave up one, four, three and three earned runs in his four starts over that span. Equally important is the fact that none of them have missed a start this year which brings us to the next key factor in the Yankees’ success:

Knock on wood on this one, but the Yankees so far have been the most injury-free team in baseball — quite a contrast from the last few seasons when they seemingly were hardly ever with the starting lineup intact. Since the start of the season they’ve had only one player — reserve outfielder Tim Locastro — go on the IL (By contrast, the Rays, last year’s AL East champs, currently have 10 pitchers alone on the IL) Heck, even Aaron Hicks has stayed healthy (if not productive) all year! Falling into that same category is:

Though he, nor anyone around the Yankees, would ever admit it, Rizzo was never the same player after he contracted COVID last year. He hit just five homers after returning from the COVID list on Aug. 18. For that reason, the Yankees had reservations about re-signing him, first pursuing Freddie Freeman on the free-agent market and also inquiring about a trade for the A’s Matt Olson. The Yankees as a team had just 53 homers from the left side in ‘21, the 26th fewest in the majors. This year Rizzo has nine alone. There’s no denying the Yankees are still a home runs-or-bust offense. (Thursday’s 15-7 whopping of the White Sox and Dylan Cease, one of the best pitchers in baseball, was a prototype Yankee win — four home runs/14 strikeouts. As scouts have been saying for years, if you want to beat the Yankees, you’ve got to keep ‘em in the ballpark.) According to the Elias Bureau, their 50.6% of runs via the home run is tops in baseball and they’ve been in the top five the last five years. But at least it hasn’t been a mostly righties affair, which was the big criticism last year of Brian Cashman’s makeup of …read more

Column: It might be ‘tough to watch’ at times, but Seiya Suzuki and the Chicago Cubs are trying to stay patient

Seiya Suzuki was a man of few words late Saturday night when asked if he’d ever experienced anything like playing in unseasonably cold conditions at Wrigley Field. “No, never have,” Suzuki said through an interpreter. Was he freezing out there? “It’s really cold,” the outfielder replied. True enough, but naturally it’s expected to warm up […]

2022 NFL draft tracker: Where did the prospects with Maryland ties end up?

With the 2022 NFL draft beginning Thursday night in Las Vegas, there are a handful of players with Maryland ties who are hoping to turn their dreams of playing professionally into reality. From Kentucky edge rusher Josh Paschal to Maryland safety Nick Cross, here are the local prospects to watch: Note: This story will be […]

Chicago Bears draft class is older with more college experience — a byproduct of COVID-19. Could it be deeper too?

Velus Jones Jr. had faced the question during the pre-draft process, so the wide receiver and return specialist from Tennessee was prepared with an answer. “Age is nothing but a number,” he said during a Zoom call with reporters after the Chicago Bears drafted him in the third round Friday night. Jones joins the Bears […]