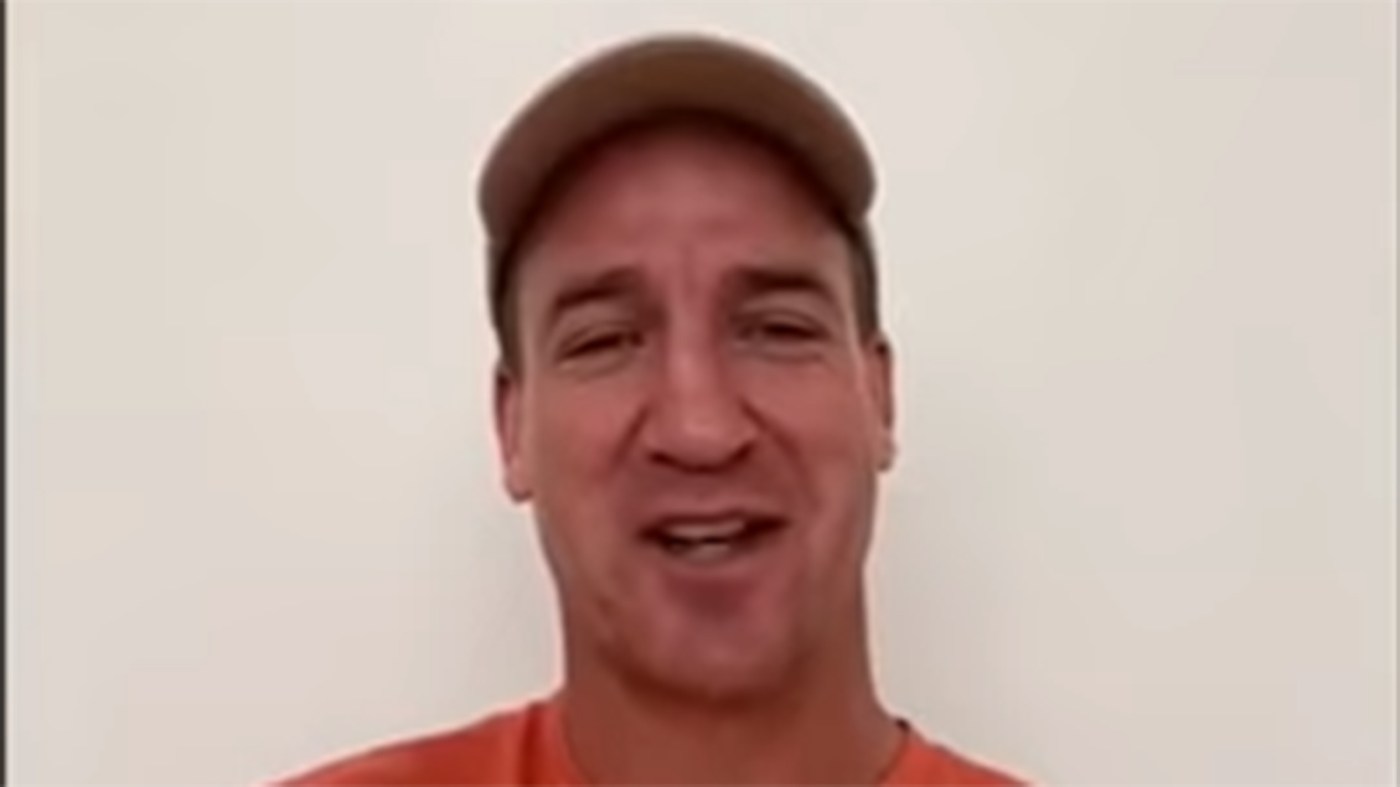 It’s been nearly 25 years since Peyton Manning last stepped foot in a University of Tennessee classroom. Earlier this week, he returned — sort of.

The former Broncos quarterback made a surprise appearance in a UT online class, with Professor John Haas first introducing him as “Mr. Thompson” before chastising him for being late for class. Manning went on to apologize, confessing he hasn’t been to class since 1996 or ’97, then gave words of encouragement to students who have been unable to attend classes on campus due to the coronavirus pandemic.

The university recorded Manning’s cameo and posted it on its YouTube channel:

Broncos Draft Board: LSU receiver Justin Jefferson will bring versatility to any offense

“I realize this is probably not the ideal way you guys expected to spend your senior year,” Manning said. “I just encourage you to keep a positive attitude, keep working like you’re doing and try to take a little bit of the extra time you have to accomplish something else or help out somebody in need. There are a lot of people hurting out there during this time.

“Be thankful for what you have and just know the University of Tennessee is proud of you and going to support you every way they can, and Dr. Haas and his department are going to do the same thing.”

Once they recognized them, the students received Manning’s class crash with smiles and laughter, although at least one expressed mild frustration.

“Some of us didn’t even put on make this morning,” one student said.

Shortened season aside, Regis Jesuit High School graduate David Peterson has put himself in position to be one phone call from the major leagues. The 6-foot-6 left-hander posted a 4.19 ERA in 24 starts for the New York Mets’ Double-A Binghamton team last year before playing in the Arizona Fall League. He was in his […]

With each passing year baseball’s old muscle-bound duo of Jose Canseco and Mark McGwire, once triumphantly joined at the forearm as “Bash Brothers” with the A’s, fades further and further away from the sport’s relevancy. Some point out it’s the price to be paid for cheating the game during its worst scandal in nearly a […]

Coronavirus postpones Olympics: What this means for future of Tokyo Games

International Olympic Committee leaders said they needed four weeks to determine the fate of the 2020 Tokyo Olympics and Paralympics. But after worldwide condemnation from athletes and sports officials, the IOC and Japanese organizers announced Tuesday the summer’s big sporting event will not be held because of the spreading coronavirus pandemic. The leaders said in […]