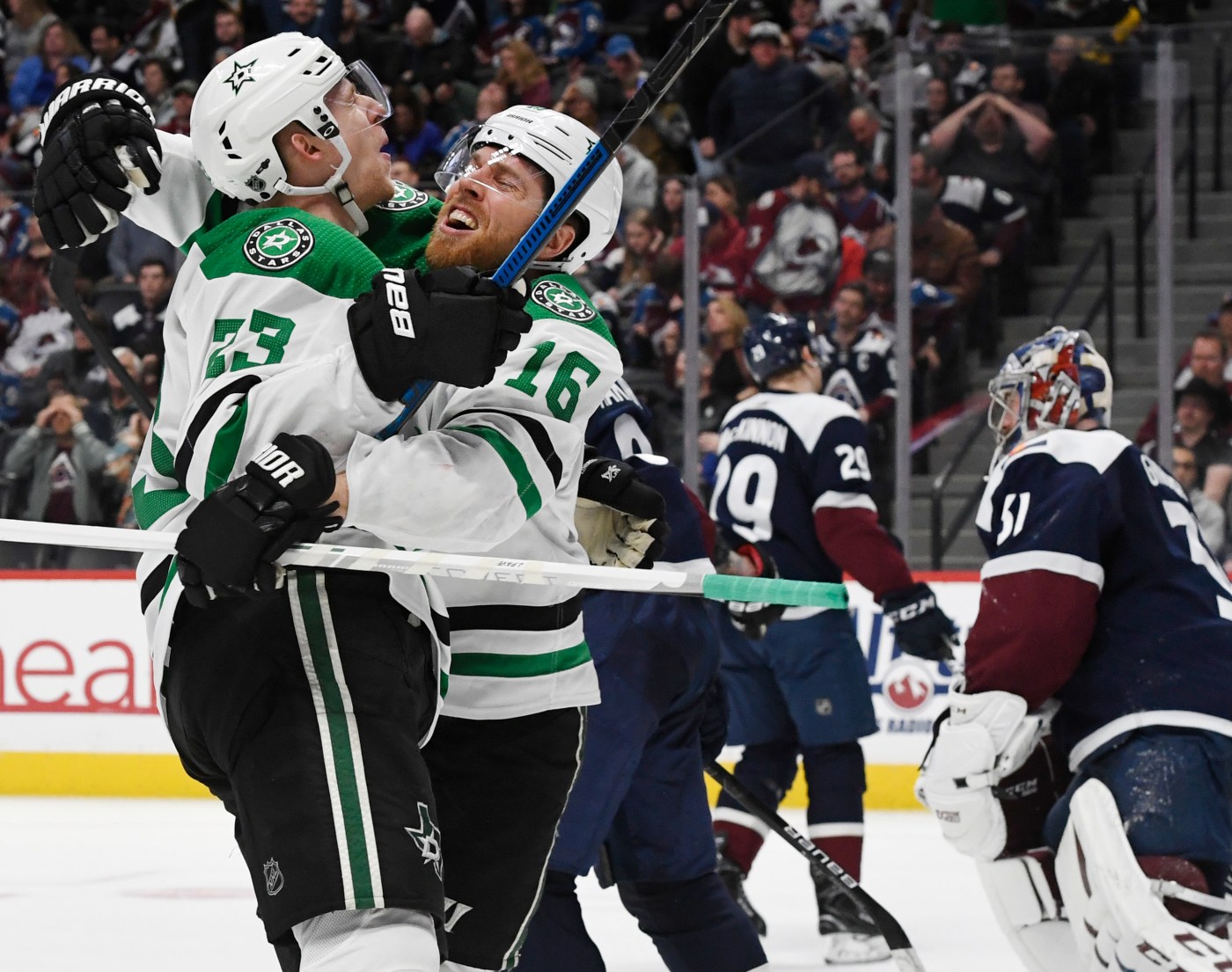 If the NHL playoffs had opened Tuesday, the Dallas Stars and Avalanche would have begun a first-round series between the Central Division’s Nos. 2 and 3 seeds. But since it was at the Pepsi Center, it was the fourth and final regular-season meeting between the rivals.

Overtime was required, and in a heated affair that looked playoff-angry, the Stars skated off with the extra point after defenseman Esa Lindell scored with a wrist shot off a faceoff 1:54 into the extra session for a 3-2 Dallas victory.

The Stars’ Jason Dickinson scored on his own rebound to tie it 2-2 with 5:23 remaining in regulation.

Goalie Philipp Grubauer (27 saves) took the loss for the Avs. Denver-born Ben Bishop (41 saves) got the win for Dallas.

As usual, the Avs had a big first period at home. They produced 16-of-20 shots in the period and took a 2-0 lead into intermission.

Nikita Zadorov opened with a gift goal off the stick of Stars defenseman Miro Heiskanen, who was playing the pass and inadvertently redirected the puck into his own net at 9:04. Landeskog doubled the lead at 15:27 when he redirected a long shot from MacKinnon.

Nathan MacKinnon, Mikaela Shiffrin to be honored by Colorado Sports Hall of Fame

Dallas Stars reflect on Jim Montgomery’s firing, entrance into alcohol treatment: “It’s good for him that he’s getting the help he needs”

But Dallas controlled the second period and capitalized on penalties to Tyson Jost and Mikko Rantanen, but only one of the power-play goals counted. The first was overturned on a coach’s challenge for offside — Jamie Benn entered the offensive zone early — but the second one sliced Colorado’s lead in half when Denis Gurianov found a hole through defenseman Ryan Graves and Grubauer.

Footnotes. The Stars’ Corey Perry served the final game of his five-game suspension for elbowing Ryan Ellis at the Winter Classic in Dallas on Jan. 1. … The Avs’ scratches were defenseman Mark Barberio and forward Joonas Donskoi (concussion). Donskoi skated in a red, noncontact sweater Tuesday morning and could be close to a return.

NFL playoffs: Chiefs use record-breaking comeback to blow out Texans

The Kansas City Chiefs spotted the Houston Texans 24 points and still waltzed into the AFC championship game with a historic comeback on Sunday. Quarterback Patrick Mahomes threw five touchdown passes and rallied the Chiefs to a wild 51-31 victory and a matchup next weekend against the Tennessee Titans for a chance to advance to […]

“Culture is every day”: How the Nuggets built one of the strongest locker rooms in the NBA

The night before the Nuggets opened training camp in Colorado Springs this past October, management had a message for the team: the upcoming season, one filled with more expectations than any other under Michael Malone, would require more sacrifice than usual. Each season does, in one way or another, but after winning their first playoff […]

The Rockies have been a wallflower this winter, spending no money on major league contracts in free agency. It’s been the type of deafeningly quiet offseason that has fans screaming for the club to sign someone. Putting all of the Rockies’ current issues aside, let’s remember signing big-name free agents hasn’t always worked out well […]