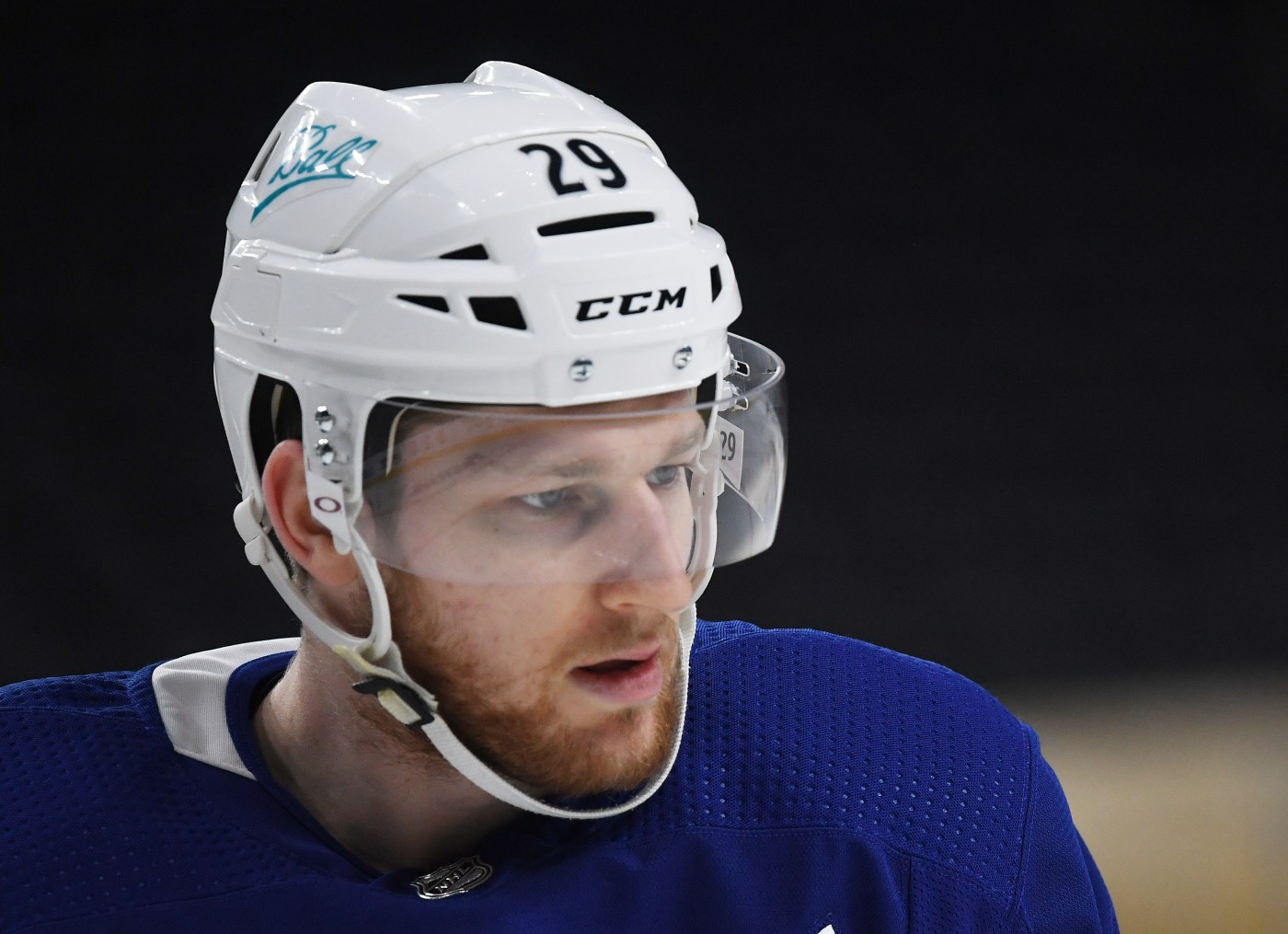 For the second consecutive year, Colorado’s Nathan MacKinnon was named a finalist Thursday for the Hart Trophy, awarded to the NHL’s most valuable player.

The Avalanche forward was joined by Toronto’s Auston Matthews and Edmonton’s Connor McDavid as the three finalists for the award voted on by the Professional Hockey Writers Association.

MacKinnon averaged a career-best 1.35 points per game in putting up 20 goals and 45 assists in 48 games for the Presidents’ Trophy-winning Avs. He was third in the the league in shots on goal (206), third in power play points (25), fifth in assists and eighth in points (65), despite missing eight of the team’s 56 games.

This marks the third time MacKinnon has been named a finalist, including second-place finishes last season and in 2017-18. Only Joe Sakic (2000‑01) and Peter Forsberg (2002-03) have won the award in Avs franchise history.

McDavid is the likely favorite to win his second Hart Trophy after posting a league-high 105 points (32 goals, 72 assists) for the Oilers at an average of 1.88 points per game — the highest mark since Mario Lemieux averaged 2.30 in 1995-96.

Matthews led the league with 41 goals in 52 games to help the Maple Leafs claim the top seed in its division for the sixth time in franchise history and first time since 1999-00.

Another year, another must-win second-round Game 6: Avalanche heads to Vegas with season on the line

Coronavirus knocks Jon Rahm out of Memorial after 6-shot lead

DUBLIN, Ohio — Jon Rahm walked off the 18th green after tying the 54-hole record and building a six-shot lead, leaving him on the cusp of joining Tiger Woods as the only repeat winners of the Memorial. Moments later, he doubled over behind the green and said in anguish, “Not again!” Rahm was notified he […]

Nuggets’ Michael Porter Jr. on Suns defenders: “I don’t feel like anybody can guard me”

PHOENIX — Michael Porter Jr.’s confidence is as rare as his 3-point stroke. After a promising opening round against Portland, Porter suggested he’d be ready for whatever defensive coverages the Suns throw at him in Round 2. Whether the Suns begin with physical but undersized forward Jae Crowder, or rangy wing Mikal Bridges, Porter said […]

Five people were arrested in connection with Sunday’s CONCACAF Nations League final in which the United States beat Mexico, 3-2, at Empower Field at Mile High. According to Denver police, four people were arrested for trespassing and another for throwing projectiles during the game. The latter was identified via security footage after injuring an American […]