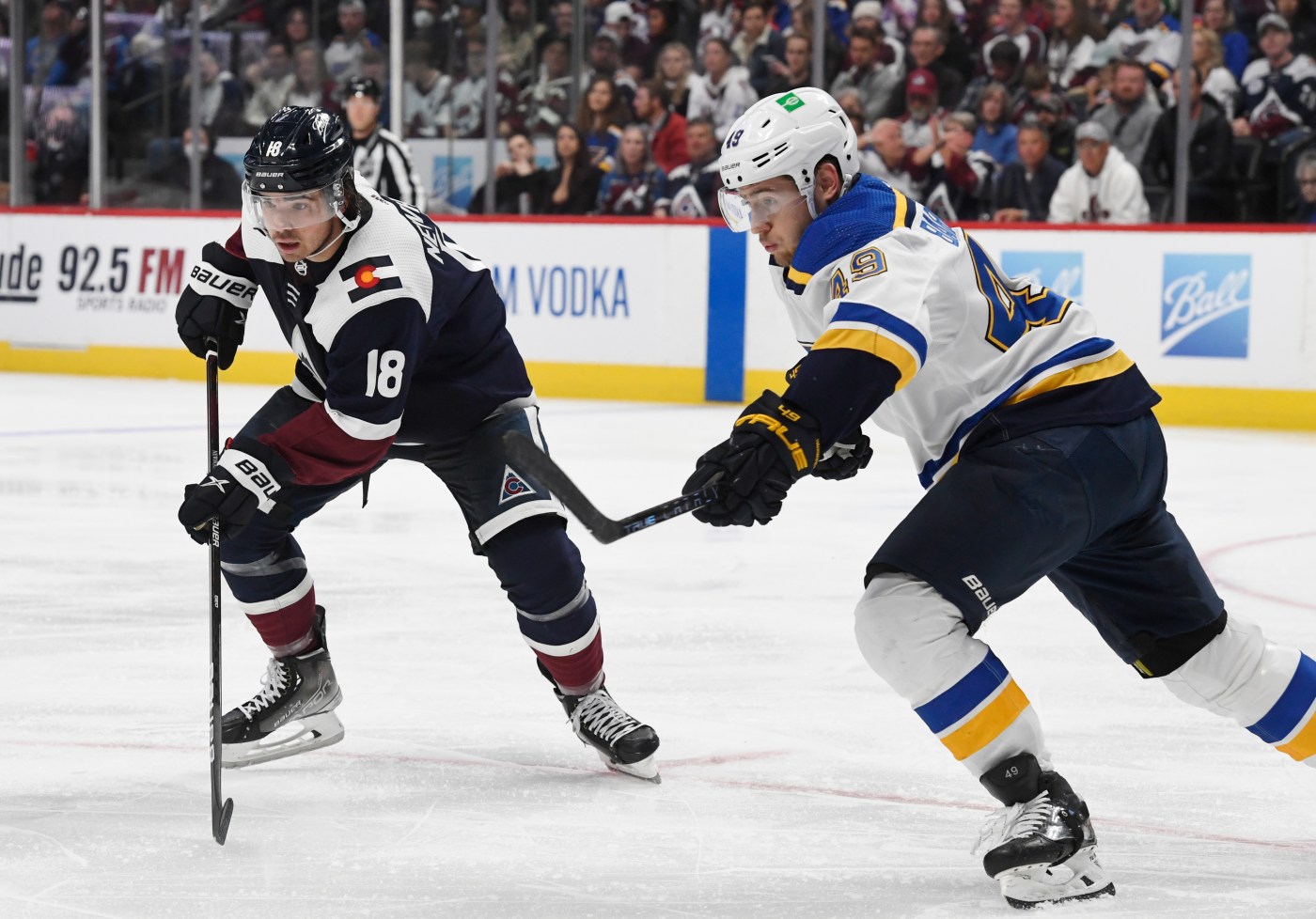 Jared Bednar evaluates the St. Louis Blues much like he looks at his own team in the playoffs.

The Avalanche coach sees great talent, depth and the ability to wear down an opponent over a seven-game series. Colorado did that by sweeping Nashville in the first round, and the Blues did the same against Minnesota, although it took them six games to win.

The Wild took a 2-1 series lead before the Blues won three in a row to advance.

“They’re tough to play against,” Bednar said of the Blues. “They take away all your time and space and then if you make mistakes and try to push the limits with your puck play and you don’t manage the puck properly, they’ll make you pay.”

The Avs and Blues will begin their seven-game Western Conference semifinal series at Ball Arena, it’s just unclear when that will be. The NHL has not released the series schedule yet, but Colorado has home-ice advantage with Games 1 and 2.

One of the biggest differences the Avs will encounter compared to their first-round series against Nashville: Depth scoring that stretches across multiple lines with eight 20-goal scorers.

“Offensively, Nashville had one (dangerous scoring) line,” Bednar said. “These guys got three, minimum, and a lot of help from their D-corps, too.”

St. Louis scratched defensemen Marco Scandella and Torey Krug to injuries in Thursday’s 5-1 series-clinching victory at Enterprise Center. But the Blues’ defense only allowed 26 shots, including just five in the second period.

The Avs went 2-1 against the Blues in the regular season, winning the final two meetings. Bednar scoffed at that record — as well as last year’s first-round series in which Colorado swept the Blues.

Those results no longer matter.

“I bet half our guys can’t even remember our regular-season matchups against them,” he said.

The Avs had 100% participation in a full-team practice Friday for the second consecutive day. Bednar and his staff will give the players Saturday off.

“It’s two days of good practice, and then (Saturday off) gives us time to get all of our prep work done as coaches and we’ll start meeting Sunday and then hit the ice with a more clear focus on what we’re going to do,” Bednar said.

Avalanche defenseman Josh Manson is happy to learn of the second-round opponent after nearly three days of thinking about who it might be. But he wasn’t really paying much attention to it.

Pick 6: Odds the Avalanche will win the Stanley Cup entering the second round

There was a moment in the second half of this signature Miami Heat night, this beautiful Thursday night, when the television camera swung to a seated Pat Riley, who arched his neck and lifted his chin and offered the angular idea of an eagle surveying his constructed world. What was it the poet wrote, about […]

Ask closer Daniel Bard about set-up man Tyler Kinley and the first thing Bard says is this: “He’s a guy that just wants to pitch. He wants the ball every single night, regardless of the score. I don’t know if I’ve ever seen a guy who wants the ball quite as much as Tyler does. […]

There was a tense, big-time playoff hockey game taking place across town Tuesday night, but an avalanche broke out at Coors Field. The Giants and Rockies combined for 17 runs on 26 hits, including 10 for extra bases, eight by the Giants and two by the Rockies. In the end, the Rockies were buried and […]