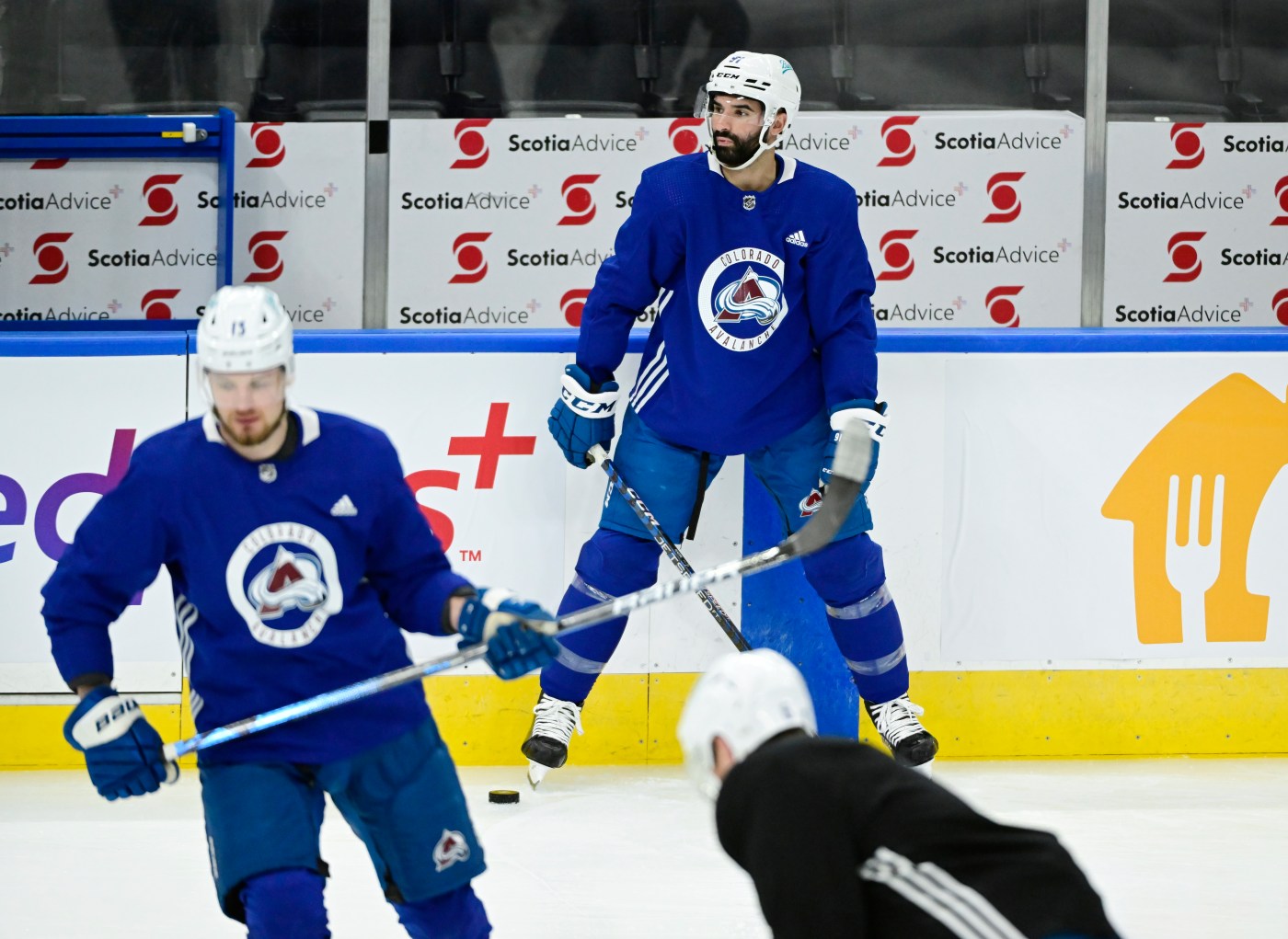 The Avalanche’s two injured forwards are both inching toward a potential return to the lineup in the Stanley Cup Final against the Tampa Bay Lightning.

Second-line center Nazem Kadri skated on his own before Friday’s team practice at Ball Arena and fourth-line winger Andrew Cogliano was a full participant. Kadri is presumably doubtful to play in Saturday’s Game 2 but Cogliano could be questionable.

Kadri, who is recovering from a surgically repaired right thumb, is limited to light stick-handling work. Cogliano, who had surgery on his right hand, was passing and shooting with the main group.

Kadri is Colorado’s fourth-leading scorer this postseason with 14 points (six goals), despite missing the last two games. He began his on-ice recovery by skating without a stick.

“He’s added a stick to it, so for the last couple of days he’s been getting better but I don’t have an update on him besides that,” Avs coach Jared Bednar said of Kadri. “Cogliano is kind of progressing the same way as well. He felt good enough to join the group today. We’ll see where he’s at tomorrow.”

Wingers Gabe Landeskog and Andre Burakovsky — the Game 1 overtime hero — did not practice Friday. They both have been taking maintenance days for precautionary reasons and are expected to play in Game 2.

Mental lapse. Avalanche top-pair defensive partners Devon Toews and Cale Makar spoke side-by-side from the podium Friday. Makar was asked about Tampa Bay’s second goal in Game 1 in which he and Toews were defending against Lightning top-line wingers Ondrej Palat and Nikita Kucherov.

“We had a pretty loose gap right off the bat and they crossed,” Makar said. “Normally I feel like we’re at a pretty good gap, we’re staying with our guys over the line, but since we had a loose gap it was a little bit tough. … I knew (Kucherov) was going to go back to (Palat) if he got around Taser. I was just kind of lazy to get there … maybe a little bit of mental lapse, just in the game there just for myself, personally. That can’t happen.”

The Lightning’s top line includes center Steven Stamkos. The trio was limited to a combined seven shots in Game 1, and just one from Kucherov. So besides the Palat goal, Toews and Makar and the rest of the Avs did a nice job against the line.

No Cup in Russia. Heading into Wednesday’s Game 1, NHL deputy commissioner Bill Daly said the Stanley Cup will not go to Russia this summer because of its invasion of Ukraine.

Tampa Bay has three Russian players (Kucherov, defenseman Mikhail Sergachev and goalie Andrei Vasilevskiy and Colorado has one (forward Valeri Nichushkin). So none of those players will be allowed to take the Cup to their homeland if their team wins it.

When it comes to this stage of the NBA calendar, it is about far more than being on the clock for the draft, with the Miami Heat facing several key impending dates. While the draft board at FTX Arena is a temporary fixture, the league’s personnel board in Pat Riley’s office suite, with all of […]

Avalanche coach Jared Bednar challenged forward Mikko Rantanen last month amid a goal-scoring drought in the NHL playoffs. “We need him to be an impact player,” Bednar told reporters back on May 20. Message received. Rantanen is soaring into the Stanley Cup Finals against Tampa Bay on a four-game goals streak. He netted one in […]

Denver Nuggets select Christian Braun with No. 21 pick in the 2022 NBA draft

With the No. 21 pick in the 2022 NBA draft, the Denver Nuggets select Christian Braun. This story will continue to be updated …read more Source:: The Denver Post – Sports        (Visited 5 times, 1 visits today)Orlando Magic pre-draft profile: Kansas’ Christian Braun The Orlando Magic, owners of the Nos. 1, 32 and 35 […]