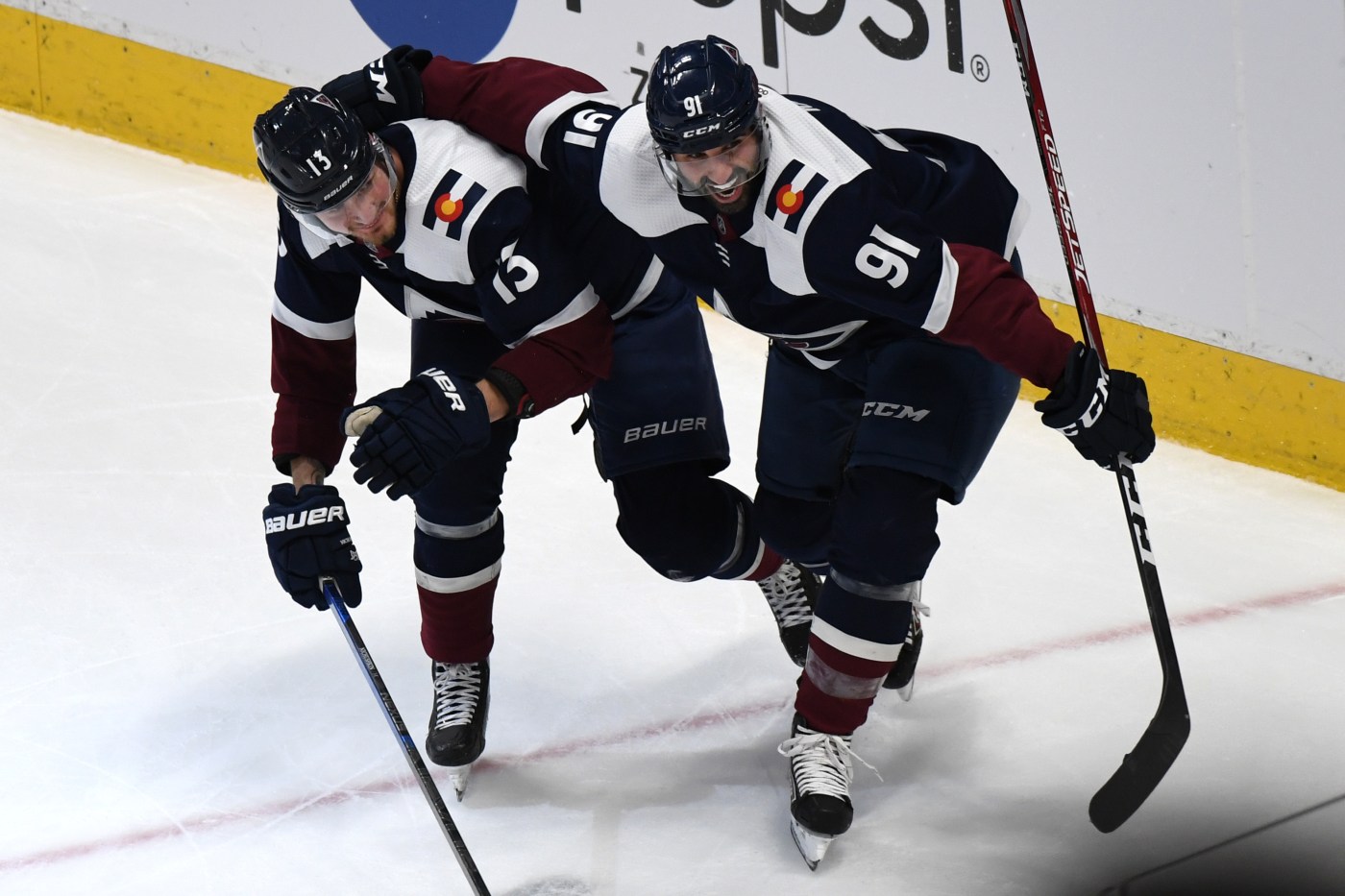 The Avalanche has a bye for the NHL’s qualifying round and begins a three-game round-robin set for seeding Sunday against the St. Louis Blues in Edmonton, the Western Conference hub. The Avs also play at Rogers Place against the Dallas Stars on Wednesday and the Vegas Golden Knights on Saturday.

Here are five things to watch as Colorado opens what it hopes is a long stay in central Alberta:

Chambers: Nazem Kadri stands with Black players. Does the NHL hear them?

Avalanche likely to follow in pregame unity before Wednesday’s exhibition

Road confidence. The Avs led the league with 24 road wins during the shortened regular season and each game in Edmonton will feel like an away game. If they continue to play like the best team in the league outside their home city they will have a real shot at winning the Stanley Cup.

Momentum. The Avs are among eight teams not playing for their lives in the first 10 days of the 24-team tournament. They are assured of playing in the traditional 16-team first round but can only play three games before then, while their first-round opponent could play as many as five. So Colorado needs to find its game quickly during the seeding round, and be prepared for a team that’s feeling good after winning a five-game series.

Goaltending. Grubauer and Francouz are expected to share the net in all three games, meaning they might split one of them. Bednar has said he’ll begin the 16-team tournament with the goalie he has most confidence with at the time and based on results from the round-robin.

The power play. With all hands on deck, the Avs will present two very dangerous power-play units, and superstar MacKinnon might play on both at times. The Avs can be an elite scoring team at even strength, but a 25 percent power play augments that effort.

Not since 2006 have the 49ers entered a season without Joe Staley at left tackle. A new-look offensive line is afoot. Trent Williams replaces Staley as Jimmy Garoppolo’s blindside protector, a hot competition awaits at right guard to replace the retired Mike Person, and a familiar flip-flop could unfold at center. Here is a closer […]

‘I don’t know that we could be doing a better job in Oakland’: A’s discuss following health protocols

OAKLAND — As the A’s prepped for their second road game in Seattle on Saturday, the state of the 2020 Major League Baseball season strayed deeper into uncertainty as coronavirus outbreaks hit three more teams. Commissioner Rob Manfred on Friday warned MLB Player’s Association head Tony Clark that the season could be shut down by […]

Highland Ranch High School quarterback Jake Rubley, the top-rated football player in Colorado in the class of 2021, says he is contemplating a move to Iowa. The Kansas State commit may transfer to Valley High School in West Des Moines, so he can play his senior season. “You work your whole life to play football,” […]