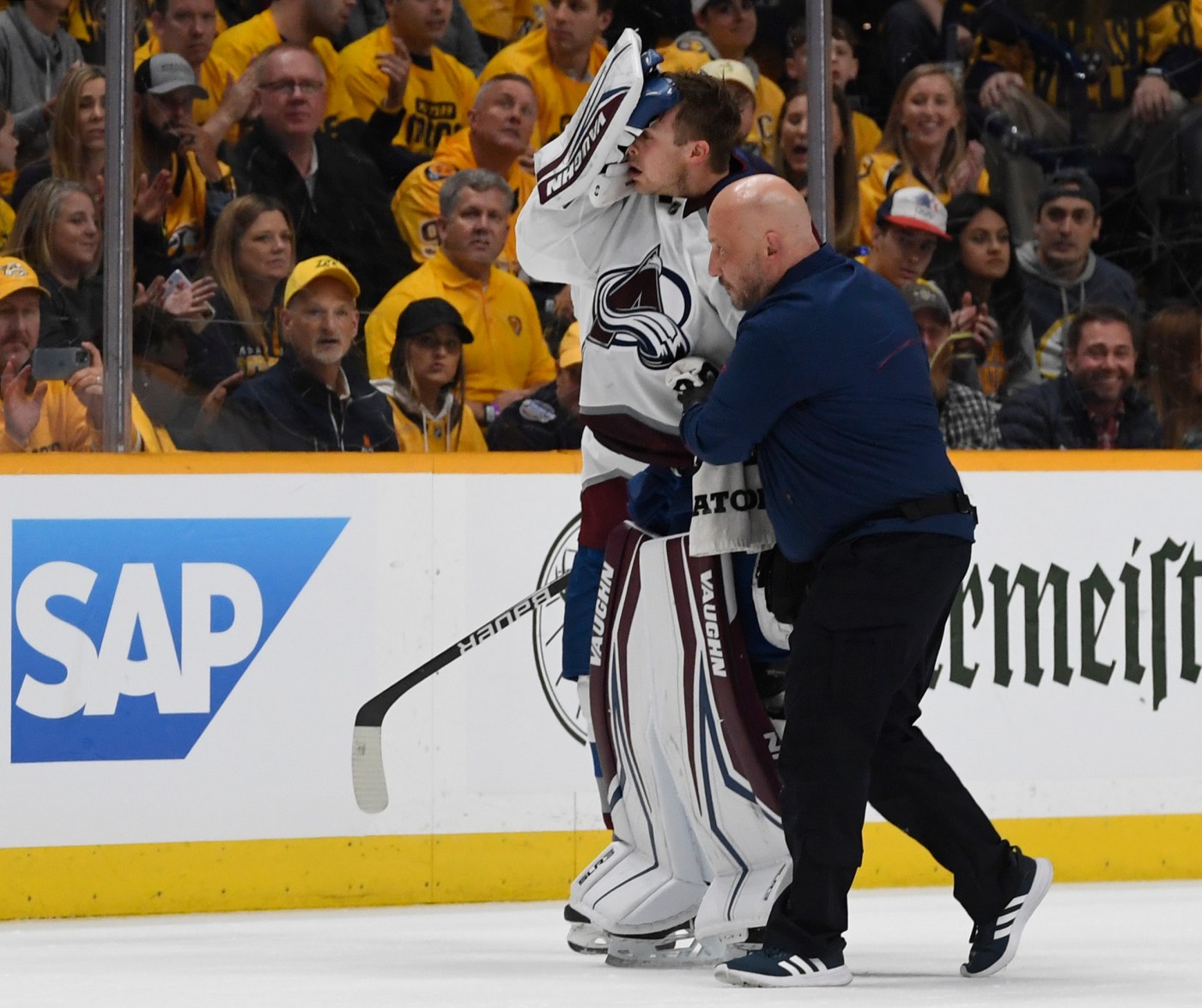 Avalanche goalie Darcy Kuemper has full use of his right eye and was a full practice participant on Thursday.

He is expected to start in Game 1 in the second-round series against the Blues or Wild.

“Got through to practice today so everything looking positive in that,” Colorado coach Jared Bednar said.

Kuemper, who was poked in his right eye by the stick of Nashville forward Ryan Johansen in Game 3 of a first-round series and was not able to play in Game 4, was not made available to reporters on Thursday and it was difficult to see his eye through his goalie mask.

But Bednar said the swelling around the eye has naturally decreased and no medical procedure was required.

The Avs, who have now swept their first-round series for the second consecutive year, will face the Blues if they defeat Minnesota in Game 6 on Thursday night in St. Louis. Game 7, if necessary, is scheduled for Saturday in St. Paul, Minn.

Veteran Avalanche defenseman Erik Johnson said he has never seen a goalie get poked in the eye by an errant stick. And at first, he didn’t believe what had happened.

“I thought he was selling it to try to get a penalty, and then I saw his eye and I was like, ‘Jesus,’” Johnson said. “He was not selling it. It’s crazy. I don’t know if Johansen has a thinner blade — some guys shave their stick down on the toe there. I don’t know if that had something to do with it but sounds like it’s happened to him before. Luckily it was just on his eyelid. So he’s pretty lucky.”

Following two off days, the Avs had 100% player participation in Thursday’s practice. Nobody is on the injured list, which is how the team began the postseason.

Demoted winger Andre Burakovsky comes through for Avalanche in Game 4

Kiszla: From the kitchen sink to Skittles, nothing thrown at Cale Makar could stop him from leading Avalanche sweep of Nashville

Johnson, 34, who is Colorado’s most senior member, said the Avs’ mental makeup to begin the postseason has been remarkable. The …read more

Chad Green is facing possible surgery, but is gathering more opinions on the right forearm discomfort that caused him to leave Thursday’s game in the middle of an at-bat. The right-handed reliever has what looks like a  “significant injury,” Aaron Boone said before Saturday afternoon’s game. “He’s kind of still gathering [information], making sure we’re […]

In Kyle Bradish’s ‘huge test’ against Yankees, a mixed bag ends in a 6-2 Orioles loss, their fourth straight

These are the nights that can occur as a major league starter, laboring through innings and leaving the mound with a shake of the head. The game’s bestexperience them rarely, but they come for everyone, sooner or later, and it came for Kyle Bradish on Monday night. In his first three starts, the right-hander had […]