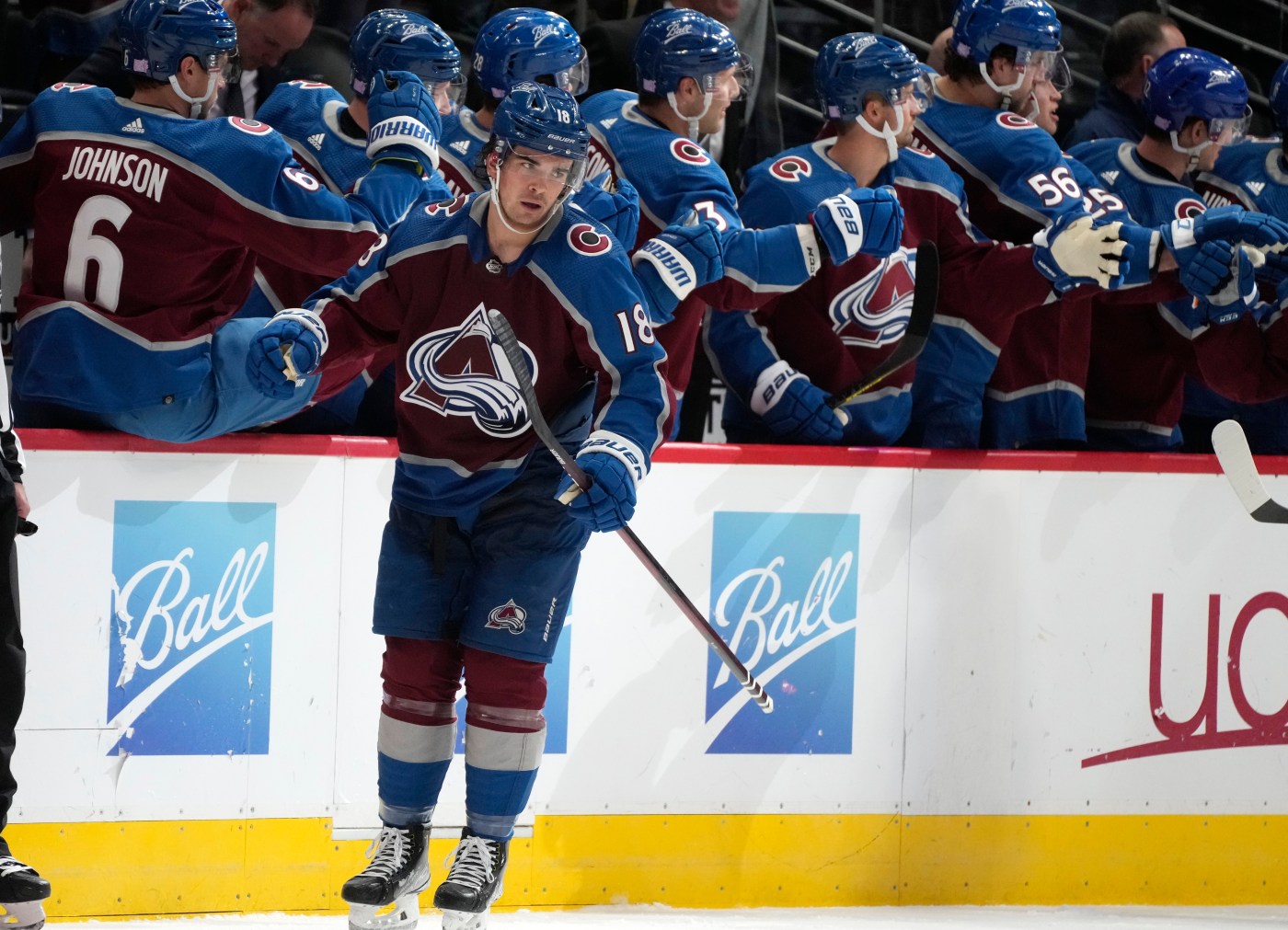 The Avs’ second-line center and top defenseman have both been on a scoring spree that even MacKinnon — a perennial NHL All-Star and three-time Hart Trophy finalist — would be proud of.

In the Avs’ 5-2 victory over the Anaheim Ducks on Wednesday, Kadri had a goal and an assist for his fifth consecutive multi-point game to extend his career-long points streak to 10 games. Makar scored his sixth goal and eighth point in four games and was in the position to become just the second NHL defenseman to produce multiple-goal games in three consecutive contests.

Hockey Hall of Fame defenseman Paul Coffey did just that from Feb. 14-19, 1986. Makar came one goal shy of matching the feat.

The Ball Arena crowd of 16,343 saw the Avalanche extend its NHL-best winning streak to six games and collectively celebrate the 36 goals the team has scored in MacKinnon’s absence (6.0 average).

The Avs will also celebrate coach Jared Bednar, who won his 194th game behind the Colorado bench to become the club’s winningest coach. He was tied with Bob Hartley.

Kadri, who has six goals and 15 assists in his 10-game points streak, assisted on Makar’s goal to tie the game 1-1 late in the first period. Kadri scored a third-period power-play goal to give Colorado a 4-1 lead.

Anaheim opened the scoring 4:58 into the game, capitalizing on goalie Darcy Kuemper’s broken skate blade — the second such incident in consecutive games. Kuemper was unable to regain his feet and Sonny Milano flipped the puck over him.

5 takeaways from the Avalanche’s 7-5 victory over Ottawa

Milano also scored the game’s final goal at 16:07 of the third period. Kuemper never returned from his skate issue and backup Jonas Johansson played the final 44:17. Johansson was working on a relief shutout before Milano beat him on the 20th shot he faced.

On Sunday, the whistles in Pittsburgh blew in the Ravens’ direction. At Heinz Field, it was the Ravens who benefited from several officiating decisions that drew the boos of Steelers fans attending the game. In the first quarter on second-and-19 at the Pittsburgh 23-yard-line, the Ravens appeared to be in trouble when a shotgun snap […]

Zach Wilson returns, possibly wiser for his time on the sidelines

Zach Wilson finally exited the recovery chamber and is ecstatic to return after missing four weeks with a sprained PCL. “It’s awesome. I’m excited,” Wilson said. “That rush, that feeling you get just to be back on the field. It’s exciting. I’m happy to be back with the guys.” Wilson isn’t worried about the rust […]

Winning in New York immortalizes coaches and athletes. Losing gets them fired. That’s the deal. “You’re always on notice,” Giants special teams coordinator Thomas McGaughey said Friday. “This is the New York Giants. We’re in a high performance business. So when you don’t perform at a high level, that’s the way it is.” That’s it, […]