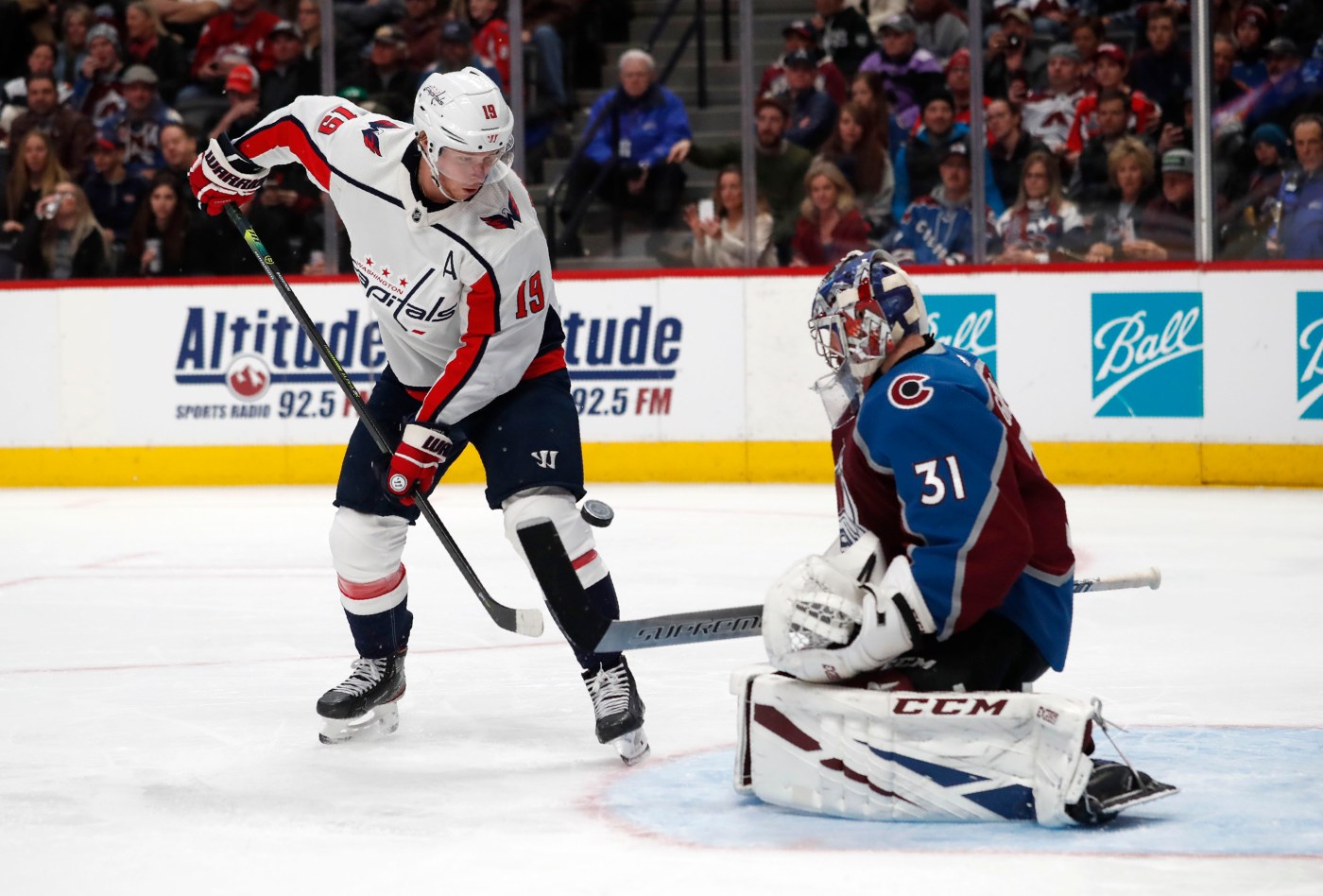 The Avalanche gave Alex Ovechkin ample opportunity to become the eighth player in NHL history to reach 700 goals Thursday. Ovechkin, who is No. 3 all-time with 259 career power-play goals, was a mainstay in the Washington Capitals‘ five opportunities with the man-advantage at the Pepsi Center.

The Russian superstar didn’t have a point in the game, but the Caps scored two power-play goals to climb out of a two-goal deficit and struck at even-strength with 2:04 remaining to skate off 3-2 winners — snapping Colorado’s five-game winning streak.

T.J. Oshie scored the game-winner minutes after Tom Wilson scored a power-play goal on Washington’s fifth man advantage. The Avs also had significant time on the power play but went 1 for 4.

The Avs clung to a 2-1 lead after two periods following a power-play friendly final 10 minutes of the frame in which both teams had giant opportunities on the advantage. Colorado failed to capitalize on three power plays — including a 5-on-3 advantage for 1:00.

But the Avs continued to take penalties and Washington got the equalizer when Burakovsky was penalized for high-sticking. Wilson, from the doorstep in front of goalie Philipp Grubauer, tied it 2-2 by redirecting a long shot from John Carlson.

Avalanche’s Andre Burakovsky on former teammate Alex Ovechkin: “I hope he’s going to get his 700 (goal) soon. Not tonight. But soon”

Avalanche takeaways: Can this excellent road team bring that magic back to the Pepsi Center?

Washington scored on its first power play to cut Colorado’s 2-0 deficit in half midway through the second period.

The Avs take their home ice to the Air Force Academy, where they will practice Friday afternoon and play Saturday’s NHL Stadium Series game against the Los Angeles Kings at Falcon Stadium. They return to the Pepsi Center for Monday’s game against the Tampa Bay Lightning.

The Thornton Trojans easily put away the Aurora Central Trojans by a score of 59-33 on Friday. In their next games, Aurora Central will play host to Gateway, while Thornton will travel to play Brighton. No team or player statistics have been reported for this contest. More Colorado High School Basketball Subscribe to the Denver […]

This one had a little bit of everything. A stirring comeback that brought the capacity crowd at the CU Events Center to its collective feet. A frightening injury scare. And, most importantly for a 24th-ranked Colorado team hoping to look forward to a first-place showdown at Oregon, a Buffaloes victory. The Buffs turned it on […]

Bret Bielema will interview for the CU Buffs coaching job, according to a tweet by NFL.com’s Ian Rapoport. CU is looking to replace Mel Tucker, who left last week for Michigan State University. Bielema, 50, has a 97-58 career record as a college head coach. The former defensive lineman at Iowa led Wisconsin to three […]