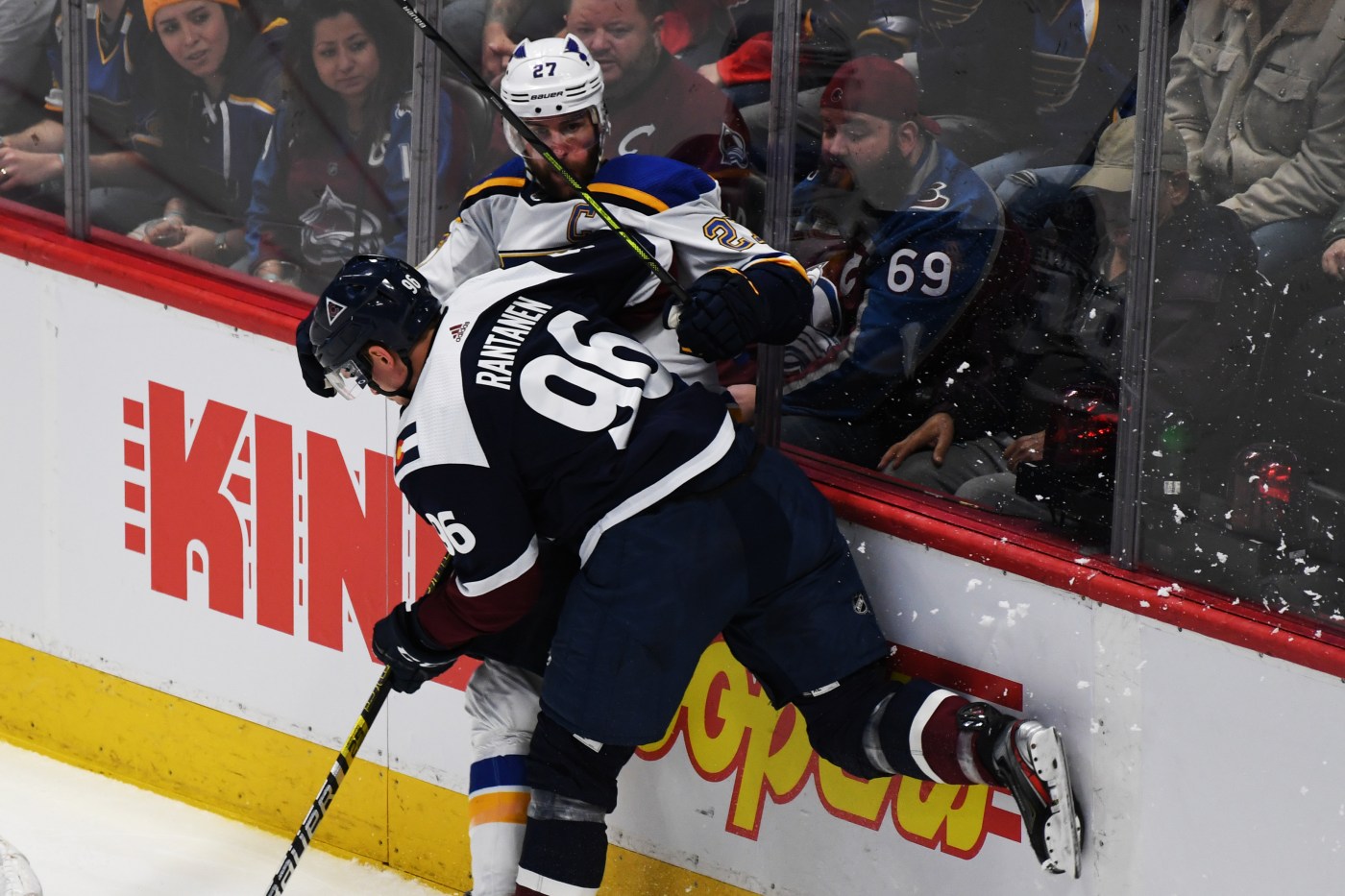 The long-overdue rubber match between the Avalanche and St. Louis Blues has arrived.

These teams were originally scheduled to meet April 4 in Denver on the last day of the regular season. They will now meet Sunday afternoon in Edmonton, the hub city for the Western Conference playoffs.

The season series is tied 2-2, with each team winning twice at home. In addition to bragging rights, Sunday’s game will help determine the top four seeds in the conference when the traditional 16-team, best-of-seven tournament begins Aug. 11. The Avs and Blues, as well as the Vegas Golden Knights and Dallas Stars, have a qualifying-round bye while they play against each other for seeding.

“We’ve gotten better at playing the Blues over the last couple seasons and if we play the way we’re capable of, we’re confident that we can win hockey games,” Avs coach Jared Bednar said on a Zoom call after practice Saturday. “The Blues are the defending champs, they’re a real experienced team, a big-bodied team that plays the right way and make it tough on you in all areas. The way we look at it is, we’re going to have to be on top of our game and willing to check and play with some intensity and physicality. And we’re going to have to make some plays to win a hockey game.”

He added: “It’s good to get playing a meaningful game against such a good opponent because we’re hoping that’s going to drag the best out of our players coming out of camp.”

Bednar declined to identify his roster or announce a starting goalie against the Blues. But he said everyone is available to play — including defenseman Sam Girard, who missed Tuesday’s practice and did not play in the 3-2 exhibition win against Minnesota on Wednesday.

Avalanche in Edmonton: 5 things to watch in round-robin play

Chambers: Nazem Kadri stands with Black players. Does the NHL hear them?

On tired, hobbled legs, Jamal Murray curled around an overtime screen as if making up for lost time. For four games, Murray had been relegated to the team’s bloated cheering section, watching and waiting as his hamstring heeled. But on Saturday, given the green light to play, Murray made a triumphant arrival to the Orlando […]

Rickie Fowler’s putt was the length of a pencil. Cameron Tringale could’ve used an eraser. Fowler’s silly mistake — a miss from 6 inches on the sixth green — cost him a weekend starting time at the PGA Championship. Tringale’s error — signing an incorrect scorecard — saved him a couple hours of waiting around […]

Raiders defensive end Maxx Crosby was placed on the COVID-19 reserve list Thursday, their first training camp casualty of a front-line player due to the coronavirus. Also placed on the list was running back Rod Smith. Crosby, a rookie fourth-round pick out of Eastern Michigan, was one of the standouts of a strong draft class […]