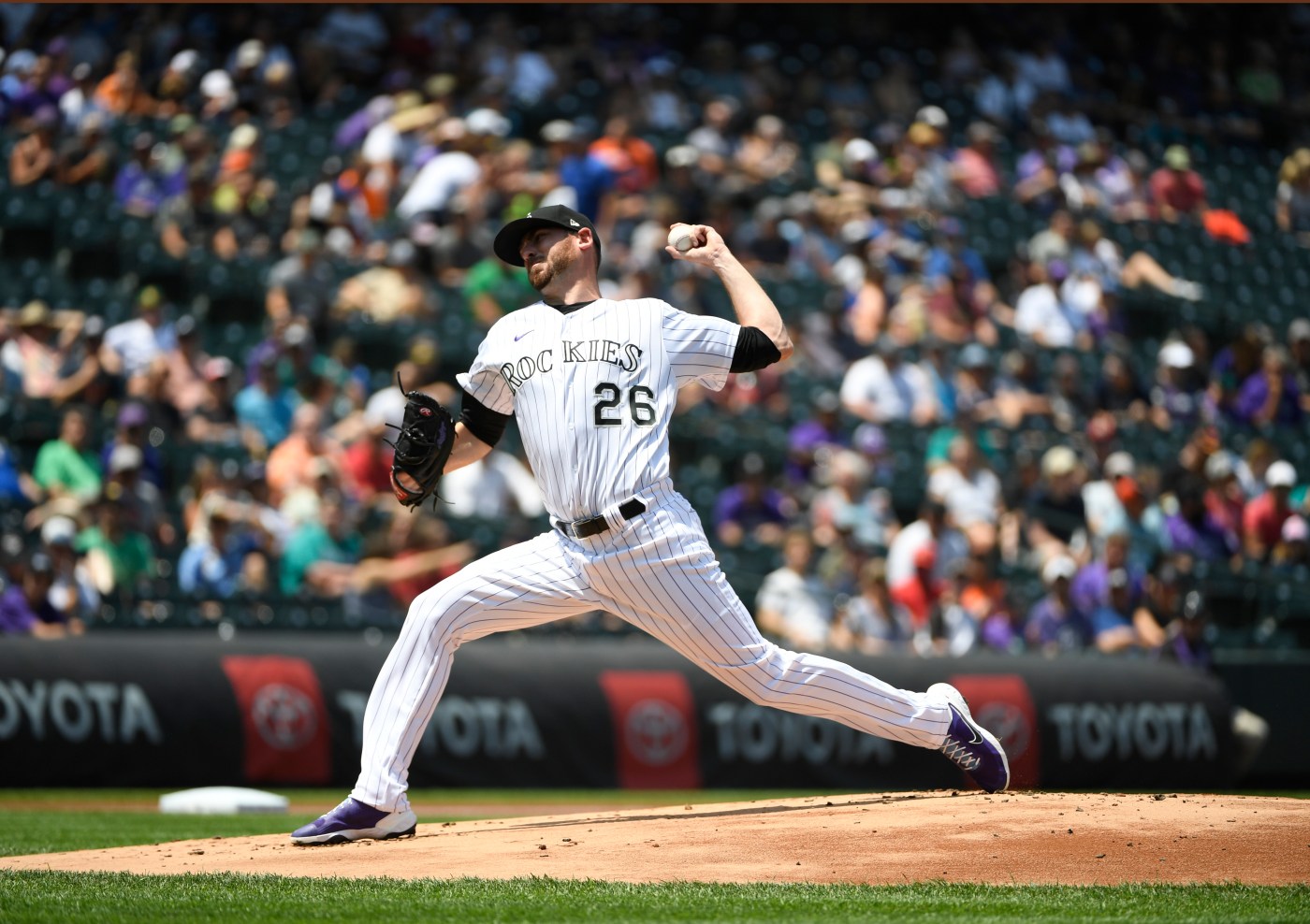 Austin Gomber had not pitched in a major-league game since June 19, so Wednesday afternoon was a major test for the Rockies’ left-hander.

He passed with flying colors. His performance, and big first inning by the offense, lifted Colorado to a 6-3 win over the Seattle Mariners at Coors Field.

The game took just 2 hours and 35 minutes, an anomaly at Coors Field.

Gomber, the centerpiece of the Nolan Arenado trade with St. Louis in February, landed on the injured list on June 20 with tightness in his left forearm. The Rockies envision him as a mainstay in their rotation for years to come, so they wanted to make sure his arm was sound.

Toss out three misplaced pitches and Gomber would have had an A-plus afternoon. Still, he pitched well enough to set the table for Colorado’s victory.

The lefty was efficient, needing only 71 pitches (42 strikes) to get through his six innings. He struck out three, walked just one and gave up three hits, all solo home runs. Kyle Seager crushed a first-pitch fastball 439 feet to center to lead off the second, Luis Torrens lined a 2-2 fastball into the left-field bleachers to open the fifth, and Mitch Haniger hit a one-out homer in the sixth, ripping a 1-0 fastball to left.

Before going on the IL, Gomber had been one of the hottest pitchers in baseball. Over his previous eight starts, he was 4-1 with a 1.62 ERA, striking out 42 and walking only three.

Beginning with Raimel Tapia’s leadoff bloop single to left, the Rockies banged out five hits in the inning. Charlie Blackmon’s single drove in Tapia, C.J. Cron collected an RBI with a bases-loaded walk, and catcher Dom Nunez hit a three-run double off the fence in right-center field.

Colorado manufactured a run in the fourth, utilizing back-to-back walks by Sam Hilliard and Nunez, a sacrifice bunt by Gomber and a sacrifice fly by Tapia.

The Rockies, who improved to 33-20 at home, are off on Thursday before opening a 10-game West Coast road trip against the Dodgers on Friday. The Rockies are 9-34 on the road.

In this edition of the 1st & Orange podcast, Denver Post sportswriters Kyle Newman and Ryan O’Halloran preview Broncos’ 2021 training camp in Dove Valley. Who has the edge at quarterback heading into camp? What are Denver’s primary injury concerns? How does coach Vic Fangio prevent another slow start to the season? Those questions, and […]

Four-time Olympic women’s basketball gold medalist Sue Bird and baseball player Eddy Alvarez were chosen as U.S. flag bearers for the opening ceremony of the Olympics on Friday night. Alvarez, who won a silver medal in speedskating at the 2014 Sochi Olympics, and Bird were chosen by a vote of fellow U.S. athletes. They are […]