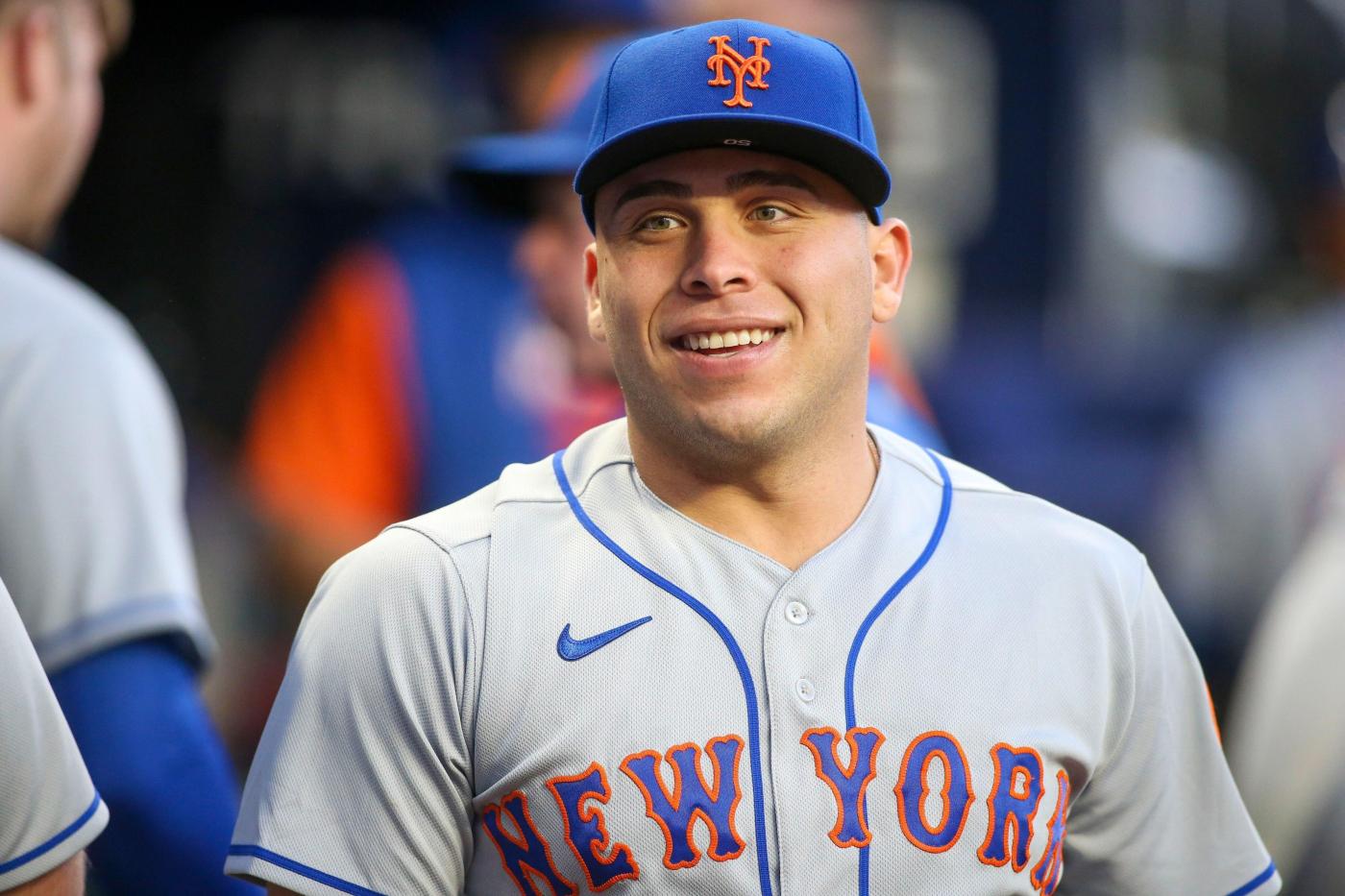 The Mets no longer have a backlog at the backstop with James McCann having been traded to the Baltimore Orioles, but they do have two catchers under contract for the next two years.

What does that mean for top prospect Francisco Alvarez?

The Mets signed Omar Narvaez to a one-year contract with a player option for 2024 in December, worth $15 million guaranteed. An All-Star in 2021 with the Milwaukee Brewers, the 30-year-old Venezuelan is a decent hitter and hits from the left side, so the Mets can split his starts with Tomas Nido.

Nido signed a two-year, $3.7 million contract last week. This takes him through his last two arbitration years and provides the club with an affordable catcher at a fixed cost. The 28-year-old Puerto Rican is a good hitter from the right side but his defense and framing have become his calling cards.

Defensive metrics show Nido is an excellent framer, something he learned from former Mets’ catcher Travis d’Arnaud, and he has a great relationship with some of the team’s most important arms.

Nido is coming off of his best season, having caught a career-high 98 games. He doesn’t have a ton of pop but he did hit 15 doubles last season and drove in 28 runs.

But Alvarez does have pop in his bat. If all goes according to plan, Alvarez could be one of the rare power-hitting catchers and the Mets’ best one since Mike Piazza.

In 112 games between Double-A and Triple-A in 2022, Alvarez hit 27 home runs and posted a .885 OPS. He hit left-handed pitching especially hard, posting a .908 OPS in Binghamton with three home runs.

The Mets called him up late in September for a series in Atlanta that decided the division. They needed pop from the left side. But they didn’t get it, going 0-for-8 with three strikeouts. You probably know what happened from there — the Mets finished second in the NL East and then lost in an NL Wild Card series to the San Diego Padres.

But in between those two series, he did show some flashes of that raw power. He hit his first big league home run and he got his money’s worth with a monster, 439-footer off of Washington Nationals right-hander Carl Edwards Jr. He later doubled off of righty Erasmo Ramirez.

There was some talk of using Alvarez primarily as a DH next season while he develops his catching game at the Major League level. The Mets shuffled some personnel this winter to be able to have Glenn Sherlock work with Alvarez. A longtime catching coordinator who first came to the Mets in 2017 to work with d’Arnaud, Sherlock was Buck Showalter’s bench coach last season.

The Mets could go that route and use him and Tommy Pham against left-handed pitching if Darin Ruf ends up being out of the equation.

Clearly, Alvarez is a priority. But that means he may start the season …read more

Inside Kevin Durant’s MCL sprain: ‘It feels like you got cut’

An MCL sprain feels like a scar. It feels like you got cut. It’s an immediate sharp pain followed by an extended dull pain. And when the pain goes away after a few days, so does the range of motion. So does the knee functionality. So does the idea of playing basketball. That’s what really […]

Entering 2023 the Colorado Rapids front office had targets for positions of need, notably for a goalkeeper, a center back and a left back. It is increasingly looking like Colorado could lock in all three positions by the end of the month. On Wednesday, league sources confirmed to The Post that the Rapids are “working […]

Nearly four weeks since his last game for the Chicago Bulls, uncertainty lingers for power forward Javonte Green. Two weeks after undergoing an arthroscopic debridement to address lingering issues from a bone bruise in his right knee, Green has not returned to running or jumping. Coach Billy Donovan said Thursday that Green could require one […]