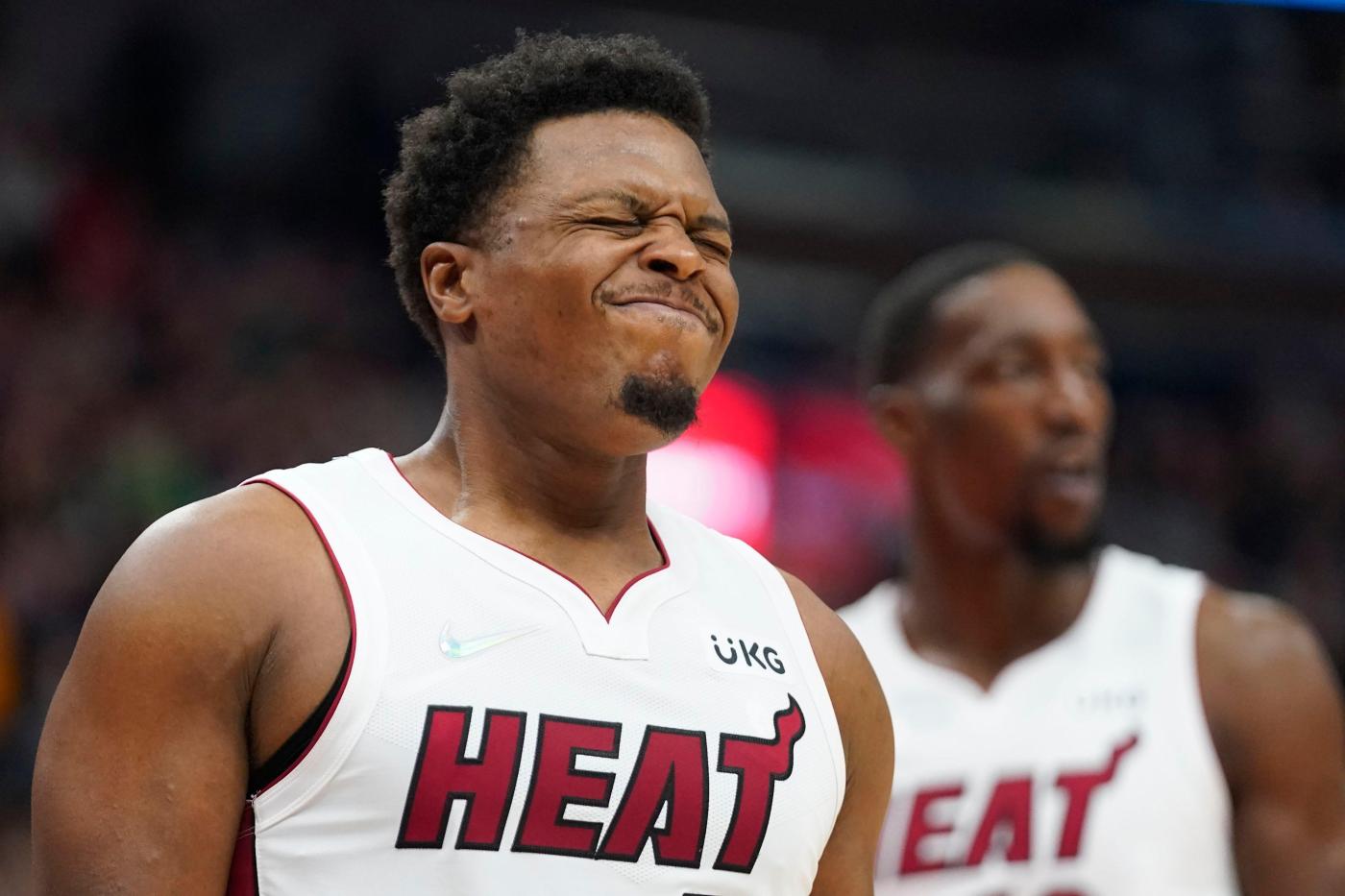 Q: I am not sure what the timeline is for Kyle Lowry’s return, but whenever it is, he should come off the bench for a couple of games. He is likely to be rusty and the Heat cannot afford a bad start in any game against Bucks or Celtics. If Dwyane Wade can come off the bench, anybody can. – Parag, Weston.

A: And there are layers to this beyond who starts. Because it’s not only about Kyle Lowry again starting, it also is about the back end of the rotation. With Kyle back, then it is Kyle and Gabe Vincent as the 1-2 punch at point guard. With Kyle out, it’s Gabe and Victor Oladipo as the 1-2 alignment on the depth chart at point guard. So with Kyle back in the mix, it then impacts a role for Vic. More than anything, it is a situation that has to be monitored. And it comes down to this: You play Kyle if he is 90 percent back from his hamstring. But what if he is 80 percent? Or 70 percent? Or even less? At some point, an argument could be made that Vincent-Oladipo might trump Lowry-Vincent.

Q: I believe one reason Miami got P.J. Tucker was to be able to beat Milwaukee. He will know exactly what they’re going to do before they do it. He probably defended Giannis Antetokounmpo in practice last year. Pat Riley has a history of figuring out what player to add, to be able to beat the defending champion. – Martin.

A: Or they got him because he simply makes them better. I doubt P.J. Tucker could offer anything about the Bucks playbook that the Heat don’t know after consecutive seasons of playoff matchups. And P.J. tends to know what every opponent is going to do before they do it. If anything, two-way guard Javonte Smart could pass along the Bucks’ playbook, if he kept a copy after being released by Milwaukee at midseason.

Q: What can the Heat do to get Tyler Herro to the next level in the playoffs? – Stuart.

A: Have the other team stop double-teaming him and making him the focus of their defense. That was the approach by the 76ers in the second round. It all comes down to pick-your-poison by opponents. And the Celtics certainly remember what Tyler Herro did to them in the 2020 playoffs.

Ravens rookies ‘drinking from the firehose,’ plus other observations from minicamp

Kyle Hamilton called it a “dream come true,” but Ravens rookie minicamp wasn’t everything the first-round pick thought it might be. Certainly not what he thought it might sound like, anyway. Hamilton arrived at the team’s indoor practice facility late Saturday morning with a headset in his helmet. He joked that no one bothered to […]

Running off at the typewriter … Turns out that Tampa Bay Buccaneers quarterback Tom Brady is not only the NFL’s GOAT, he’s also the NFL’s cow — cash cow. As reported by the New York Post earlier this week, Brady will join Fox Sports as its lead NFL analyst when his playing career ends and […]

Broncos Mailbag: Can Jerry Jeudy deliver on Chad Johnson’s predicted production? Ronald Darby knows his first season with the Broncos left something to be desired. The veteran cornerback hurt his hamstring in the season opener, costing him the next four games, then missed the final two games with a shoulder injury. In the 11 games […]