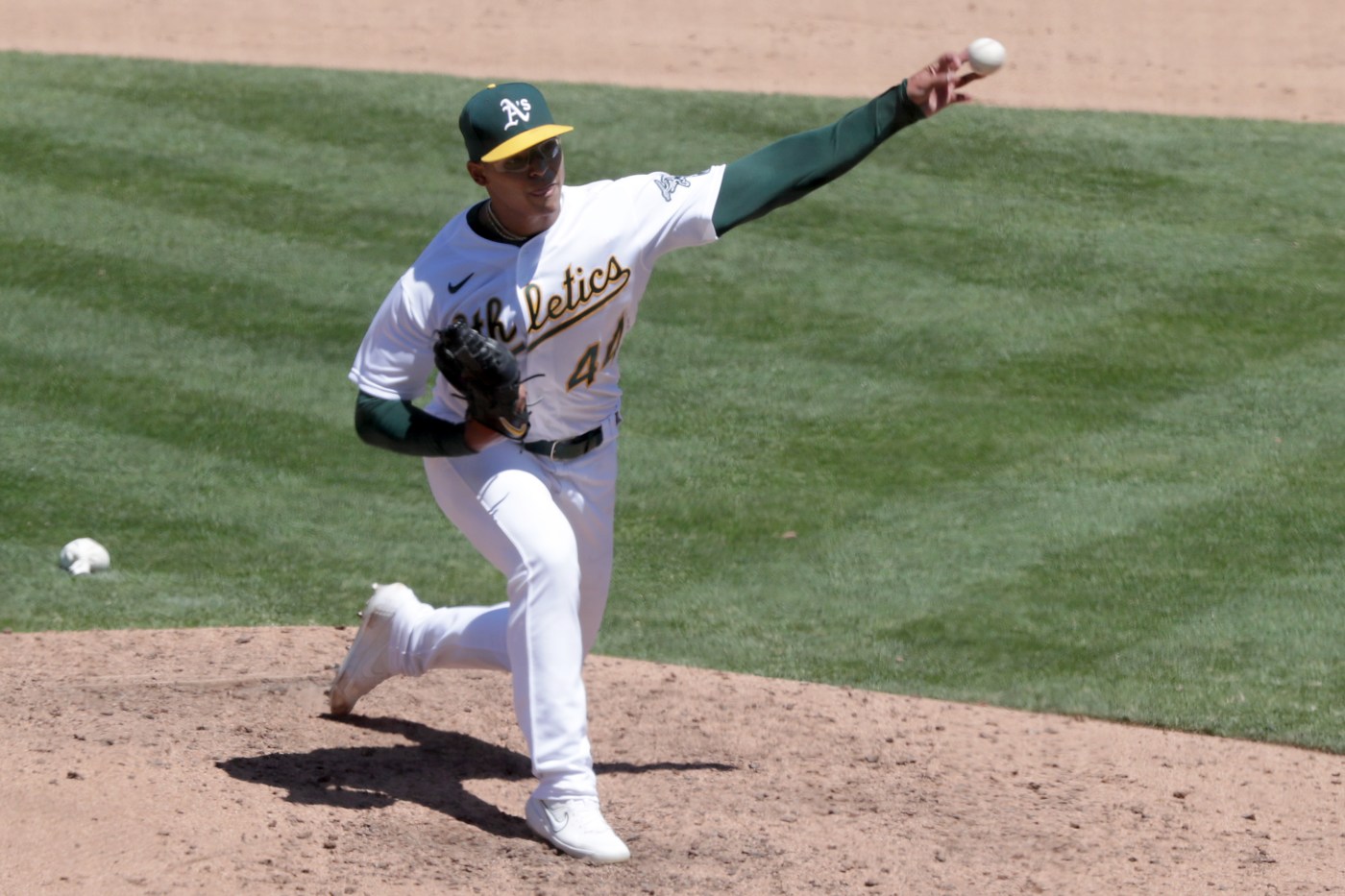 Luzardo, the A’s No. 1 prospect, is considered one of baseball’s top rookies — without a start yet under his belt, he’s well positioned at the forefront of the American League Rookie of the Year conversation.

Oakland A’s react to Manfred’s threats: ‘All we can do is control ourselves’

A’s mailbag: Where is Barreto? How long is Davis’ leash? Does Beane want to buy the A’s?

The A’s are back on the radio, for now: Kaval explains how new radio partnership came to be

A pair of errors blemish Luzardo’s two appearances out of the bullpen this season, in which he’s given up one earned run — three total — in 6.2 innings with seven strikeouts and three walks against the Los Angeles Angels and Colorado Rockies. His slider has been particularly devastating, with a high-90s fastball that moves. Luzardo has a 1.35 ERA in 2020.

The A’s 22-year-old left-hander’s highly-anticipated move into the rotation comes nearly a year delayed due to a slew of major injuries.

Luzardo was first sidelined for six weeks in March 2019 with a rotator cuff injury; after a sterling spring he was expected to start the season in the rotation. That July, Luzardo experienced another set-back when diagnosed with a Grade 2 lat strain.

He made his big league debut last September out of the bullpen, allowing two earned runs over six appearances with 16 strikeouts.

Finally looking cleared to join the rotation this spring, sports’ shutdown prolonged his big league start yet again. And, of course, a bout with the coronavirus prior to the truncated 2020 season delayed his first big league start a bit longer.

Right-handed pitcher Daniel Mengden will move into the bullpen to make room for Luzardo in the five-man rotation. Frankie Montas will start in Monday’s finale against the Mariners in Seattle on regular rest.

Broncos Position Preview: At outside linebacker, Bradley Chubb’s return from ACL could be boon for pass rush

Fifth in a series previewing the Broncos’ position groups entering training camp: The Broncos’ season was doubly doomed last September when they blew a late lead against Jacksonville to drop to 0-4 and lost their best overall player, Bradley Chubb, to a torn ACL. The rest of the season was a struggle to find a […]

Defensive tackle Kyle Peko became the first Broncos player to opt out of this season due to concerns about COVID-19, a source confirmed Tuesday morning. Peko, 27, was signed off Indianapolis’ practice squad last December and appeared in two games. He was previously with the Broncos for parts of 2016-17. A long-shot to make the […]

Khris Davis, on an 0-for-15 skid to start the season, will not be in the starting lineup for the A’s on Wednesday against the Colorado Rockies at the Coliseum.and his status as an everyday player might be over for the time being in this truncated 60-game season. Ramón Laureano will be the A’s designated hitter […]