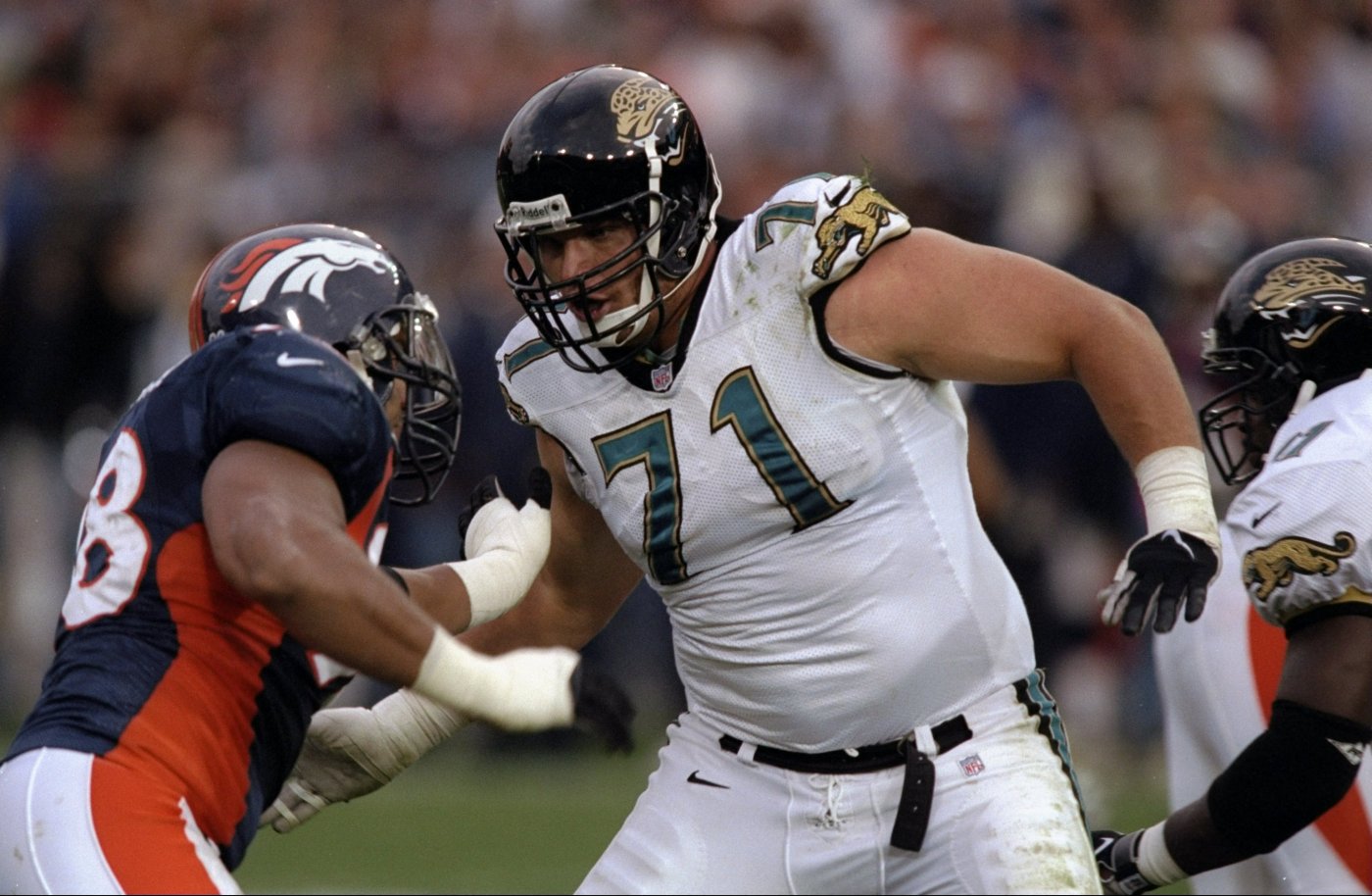 The list of Colorado high school players inducted to the Pro Football Hall of Fame is short: Dutch Clark and Jack Christansen, who grew up in Fowler and Canon City, respectively.

The list of Jacksonville Jaguars players in the Hall is even shorter: None.

That changes Saturday when Tony Boselli, who grew up in Boulder, becomes the third Coloradoan and first Jaguars player inducted along with the Class of 2022 in Canton, Ohio.

“That’s a big deal to me,” Boselli said. “Boulder was a great place to grow up as a kid because everything was outdoors, which fit my personality of wanting to do stuff and stay involved.”

Clark was inducted in 1963, followed by Christansen in 1970. It only feels like Boselli’s wait has been that long — he was a six-time Hall finalist before he finally got the “knock” when Anthony Munoz, whom Boselli considers the best left tackle of all time, traveled to Jacksonville to welcome him to “The Gold Jacket Club.”

Boselli, a left tackle in the NFL, graduated from Fairview High in Boulder and moved onto USC, where he was a three-time, first-team All-America.

During an interview with The Denver Post, Boselli went down memory lane.

Growing up in Boulder

The Boselli family moved to Colorado when Tony was 2 years old. His uncle, who was 22 years older than Boselli’s dad, Tony, Sr., bought a McDonald’s franchise in Thornton and hired Tony, Sr., to be the manager. By the time Tony, Sr., retired, he owned more than 20 McDonald’s locations.

Boselli: “I would have thought of us as middle class growing up. We took one vacation a year but it was never on a plane — everybody got in the car and we drove. But we had a small boat and would water ski and hang out most weekends and snow-ski in the winter. My Dad was a super-hard worker. Hard work was expected. That’s what you did. That was from Day One. I would do landscaping outside the (locations) and when I was probably 12 or 13, I started working in the back in the summer because if I wasn’t playing a sport, you were expected to work. Before my senior year of high school, I repainted seven McDonald’s. Minimum wage was $3.35 and I thought it was the most money in the whole world. And they weren’t paying me a dollar more than minimum wage — no chance.”

Tony, Sr., died on May 31, 2021 due to melanoma. But before his passing, he taped a congratulatory message to his son in the event he reached the Hall of Fame.

Boselli was always a “really big” kid, which was problematic when he signed up for football at age 8. But his father fudged the sign-up forms and Tony was going against 12 years old and would have a dot on his helmet meaning he couldn’t touch the football. He entered high school wanting to play quarterback. That quickly changed.

Boselli: “I got moved to offensive tackle before my junior year and I was …read more

Chicago Cubs are set to release Jason Heyward after the season: ‘We’re going to move in a different direction’

The situation between the Chicago Cubs and veteran outfielder Jason Heyward felt untenable. A rebuilding Cubs organization wanting to look at other players did not fit with Heyward and his declining all-around production. What seemed inevitable became reality Monday when president of baseball operations Jed Hoyer announced the Cubs and Heyward will part ways after […]

Orioles give second-largest crowd of the season reason to roar, beating Pirates, 6-3, for fifth straight win

The wave that rolled around Oriole Park at Camden Yards in the seventh inning Saturday had real force to it. There were no gaps in the flow like there so often has been during Orioles games, only the rise and fall of one of the best crowds in Baltimore this season enjoying what would be […]

These aren’t the underdog Mets anymore

The Mets have reached an unfamiliar but very much earned part of the season. Every time they take the field, it feels like they’re going to win. Granted, their 6-2 win on Tuesday night was against the Cincinnati Reds, who are fighting to stay out of last place in the league’s worst division. But the […]