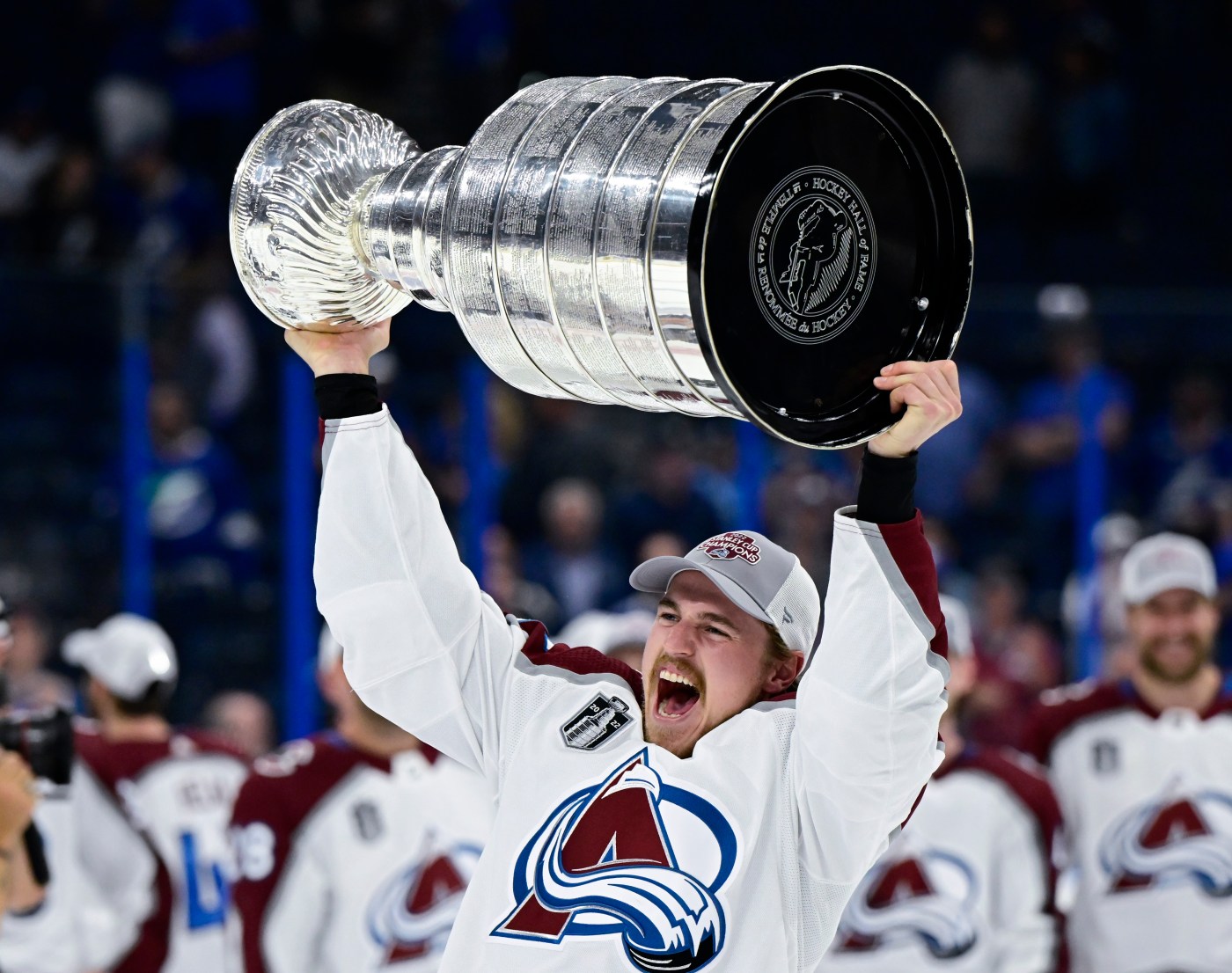 Nicolas Aube-Kubel leans into the joke, so he assumed it would be part of his welcome home.

The Washington forward was a savvy waiver acquisition during the Avalanche’s Stanley Cup run last season, compiling 22 points in 62 games, but he might be remembered most for dropping the Stanley Cup as he celebrated on the ice after Game 6.

When he got a tattoo of the trophy during the offseason at a local Denver parlor, Aube-Kubel made sure the new ink included the dent left by his spill. So as he and fellow champion Darcy Kuemper returned to Ball Arena for the first time as opponents Tuesday (7 p.m. MT), they were pondering whether the Avs would poke fun at the viral moment.

“Kuemper was asking me, ‘What do you think the chances are they put that on the big screen?’” Aube-Kubel said Tuesday after Washington’s practice.

“It’s part of my journey here,” he said. “Hopefully they have some highlights they can show. Not just that. But yeah, I think it was funny and part of the celebration. And that was the best time of my life, that week there. Whatever I see on the screen will just bring me good memories.”

Aube-Kubel has six points in 17 games with the Capitals (25-18-6), which claimed him off waivers from Toronto in November. Kuemper has lived up to expectations after his lone season in Colorado landed him a five-year deal with Washington at a $5.25 million AAV. He has a .917 save percentage (.921 at even strength) and a league-leading five shutouts.

The last time the Avs saw him, they left Washington with a 4-0 win. Kuemper has helped the Caps stay afloat in a wild card spot since then, and he has been a first-hand witness to the historic goal-scoring milestones of Alexander Ovechkin, who reached 800 then surpassed Gordie Howe for second-most all-time.

Avalanche coach Jared Bednar used five forwards for a 5-on-3 twice in Vancouver. It worked both times.

“I’ve been really fortunate to play with a lot of generational talents,” Kuemper said, reflecting on his recent teammates, …read more

PHILADELPHIA – When Nikola Jokic called Joel Embiid “probably” the most dominant player in the NBA ahead of Saturday’s showcase, he knew the storm that awaited him. Embiid showed off a level few players in the league ever reach, bludgeoning the Nuggets for 47 points and 18 rebounds en route to Philadelphia’s 126-119 win. Embiid’s […]

Here are some events happening from Feb. 3 to 9 in Lake County. Life of Lombardi Presented by Three Brothers Theatre, “Lombardi” offers a glimpse into the man who led the Green Bay Packers to five NFL championships in seven years during the 1960s. The show runs at 7:30 p.m. Feb. 3 and at 2 […]

The symmetry between Miami Heat forward Caleb Martin and twin brother Cody Martin of the Charlotte Hornets has always been stark. Same high school, same collegiate start at North Carolina State, same collegiate finish at Nevada, same NBA start with the Hornets, with each signing a three-year free-agent contract in July. And now, brothers in […]