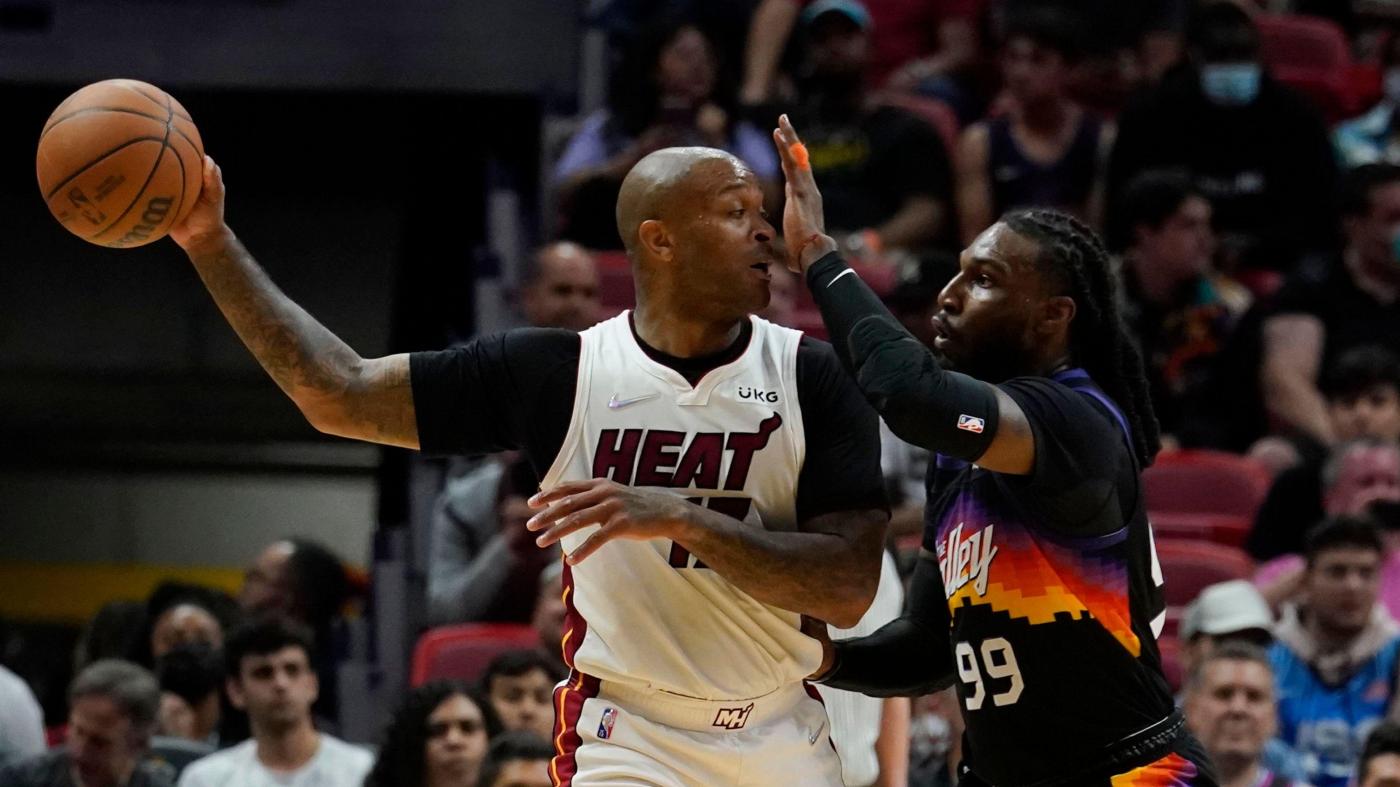 With P.J. Tucker a week from the start of NBA free agency, higher math has entered the equation for the Miami Heat’s starting power forward this past season.

In the wake of word of Tucker opting out of the final season on the two-year deal he signed last summer with the Heat, teams such as the Philadelphia 76ers, Brooklyn Nets and several others have been linked to interest in the 37-year-old veteran who helped power the Heat within one game of this past season’s NBA Finals.

For the Heat, the process evokes memories of when they lost starting power forward Jae Crowder to the Phoenix Suns in the 2020 offseason, after Crowder had helped lead the Heat weeks earlier to the NBA Finals.

In that case, the Heat limited their offer to Crowder to $14 million over two years, with the Suns wooing the versatile forward away with a three-year, $29 millon contract.

The difference this time around is more subtle with Tucker.

In order to retain flexibility with both their mid-level exception and ability to operate below a hard cap, the Heat effectively are limited to a three-year, $27 million offer to Tucker, due to a rule that limits the length of contracts to those who turn 38 or older during the term,

Teams in possession of the $10.3 million full mid-level exception can offer a three-year, $33 million contract to Tucker, a difference from the Heat’s maximum offer largely offset by the lack of state income tax in Florida.

The sticking point from a Heat perspective could be fully guaranteeing such a third season, which would come with Tucker turning 40.

Should the Heat opt to utilize the full $10.3 million mid-level exception on Tucker instead of the non-Bird exception and its $8.4 million 2022-23 salary, it effectively would limit the Heat’s ability to also retain Caleb Martin in free agency, with the Heat then limited to a $2.3 million starting point for Martin in 2022-23.

The Heat have confirmed that Tim Cone, the winningest coach in the Philippine Basketball Association, will work with the team’s coaching staff at summer league.

The move comes in a wake of Heat coach Erik Spoelstra, who is of Filipino descent, having spoken of increased ties to basketball program in the Philippines.

Cone, 64, has coached in the Philippines since 1989, having also served as coach of the country’s national team.

Amid his work with Turkey’s national team, Heat center Omer Yurtseven discussed his rookie season with BasketNews, including his lack of playing time during the playoffs.

“I was pretty sure that I could’ve contributed more,” Yurtseven said in the interview with Turkey’s S Sport channel. “It is a stressful and depressing situation. At the beginning of the season, I was trying …read more

The Houston Astros remain the class of the AL West and will provide tough test for both Mets, Yankees

The naysayers can no longer complain about the Yankees beating up on a soft schedule. As the team blitzed everything in sight on their way to a historic start, many people pointed out that their April and May schedules included a lot of Orioles, Tigers and Royals. The sentiment grew strong enough to become a […]

CHARLOTTE, N.C. — O. Bruton Smith, who emerged from rural North Carolina and parlayed his love of motorsports into becoming a NASCAR Hall of Famer and one of its most eccentric and successful promoters, died Wednesday. He was 95. His death was announced by Speedway Motorsports LLC, the company formed when he consolidated his entities […]